The signings keep on coming

I think most people who watched the Leeds United performance at the Den on Saturday would agree that the squad needed further strengthening. The last couple of weeks have seen many new names into the club but there was still something missing, the squad wasn’t quite balanced. There was still the question of where the goals were going to come from, had we replaced McCormack, was Nicky Ajose the best we could hope for? The defence was also a concern with two regulars from last year lining up at centre back could we expect different results? With Tom Lees departing to Sheffield Wednesday there was also a lack of strength in depth.

Having missed out on signing Denmark under-21 international defender Frederik Sorensen last week Massimo Cellino made shoring up the defence his priority. On Tuesday the club confirmed that centre back Giuseppe Bellusci has signed a one year loan deal. The 24 year old Italian signs from Sicilian Serie B club Calcio Catania and has clocked up over 100 appearances in Serie A and has previously represented Italy at under 21 level. The deal is said to be worth around £400,000 with an option to buy next summer, he has two years remaining on his contract at Catania and is currently valued at around £1.7 million. With Jason Pearce and Scott Wootton the only senior centre-backs at the club Bellusci brings some much needed experience to the defence.

On Wednesday Sheffield born Billy Sharp made Leeds United his third Yorkshire club when he put pen to paper on a two year deal. The 28 year old signs from Southampton and it believed he has taken a 50% wage cut with Leeds paying out the remaining £600,000 of his contract at St Marys which was due to run until next summer. Sharp had only made 17 appearances, scoring 9 goals for Southampton and has spent much of the time on loan in recent years to clubs such as Nottingham Forest, Reading and Doncaster. Sharp is a proven goal scorer at this level having scored 73 goals in 215 appearances in the Championship and his most successful spell being at Scunthorpe United scoring 53 goals in 82 appearances in League One. He should make a valuable contribution this season.

Having had their £475,000 bid for Chesterfield’s Liam Cooper rebuffed earlier in the summer Leeds renewed their interest in 22 year old defender. The two clubs have agreed a fee closer to £750,000 and Cooper underwent a medical at Thorp Arch on Wednesday. Personal terms were agreed late on Wednesday and Cooper signed a three year deal with the Whites. Starting his career at Hull City Cooper was loaned out to Carlisle, Huddersfield and Chesterfield and made his move to the Derbyshire club permanent in 2013. He made 80 appearances for Chesterfield and helped them gain promotion to League One and was named in the 2013-2014 League Two PFA Team of the Year.

On the flip side fans will be rejoicing in the fact that Leeds do not appear to be a ‘selling club’ anymore. Sam Byram had been linked with moves to Southampton and Sunderland but yesterday Southampton stated they would not be pursuing their interest in the defender further. The south coast side had made a £4.5 million offer for Byram but Saints manager Ronald Koeman confirmed this had been rejected and advised a second bid would not be made. If any of our players do leave it’s clear, from the McCormack deal, that Cellino will make sure he get the best deal and only then if the player is set on leaving.

This weeks signings leave the squad with much more depth in key areas and we should be better prepared to face Middlesbrough on Saturday. What remains is for Hockaday to work out his best starting eleven and formation. It will no doubt take a few games for the squad to gel but Cellino certainly seems to have put his money where his mouth his and get the players in to begin building something this season. And who knows with the last two weeks flurry of new signings, he may not be finished yet, rumours have started again about us signing Rotherham top scorer Kieran Agard.

In other news we have been drawn away to Bradford City in the second round of the League Cup. Game to be played at Valley Parade week commencing 25th August 2104.

Join the discussion on the new signings on the forums.
0 Comments 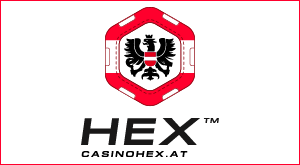