Deadline Day deals as they happen


Good Morning. It's Thursday 8th August, and here are the Leeds Utd deadline deals as they happen...

In an 11th hour twist, Tom Pearce has decided to reject Barnsley and join the Latics instead. Wigan's last gasp offer, believed to be £250,000 will certainly put the Tykes noses out of joint having been monitoring Pearce's progress for weeks.

Meslier crosses the Channel to prove he's worth it

Illan Meslier is set to join the Whites on a season long loan from French Ligue 2 outfit FC Lorient. The 6'6 shot stopper, dubbed to be the best teenage goal keeper in French Football has been capped at U18,U19 and U20 for the French national team. 19yo Meslier has attracted the attention of Chelsea and Monaco in recent times and the Brittany club have already rejected an offer of 1m for their young starlet! At 19yo, is he ready to provide competition for the No 1 Jersey? Would you expect Leeds to have a buy on clause? Nketiah fails to turn up for his medical at Ashton Gate!

Eddie Nketiah failed to turn up for his medical at Ashton Gate yesterday evening fueling speculation that the 20yo is on his way to Elland Road on a year long loan from the Gunners. We heard yesterday that Victor Orta had used his close friendship with Arenal boss Unai Emery to try and influence the deal, and by failing to turn up for his medical, surely that can only mean one thing!

Will it happen or won't it? Throughout the Summer, there has been one name that has continually be linked to a move to LS11 - Ryan Kent. The highly rated 22yo who has represented England at U18 and U20 level had a great Season last term, North of the border at Ibrox. Unfortunately for Steven Gerrard, they don't have the kind of funds to secure the Oldham born starlet on a permanent basis. A fee between 7-5m - 10m would capture Kent's signature. Bielsa has been keen on Kent for some time, even postponing his flight to Australia so he could see him in action at Bradford. The Argentine wants to mould Kent into a No 10.
Unfortunately, according to reliable Leeds journo Phil Hay, Leeds will sign either Kent or Nketiah - not both. Who will it be?

Facundo Colidio and Ryan Nolan's proposed transfer to West Yorkshire hit the stumbling blocks yesterday as Inter Milan held out for more money for the Argentine forward. Colidio arrived from Boca Juniors in 2017 for 7m, and Antonio Conte is keen to at least recoup what they invested. Leeds on the other hand believe their valuation of 5m is sufficient.

Both Colidio and Nolan have agreed personal terms with Leeds, and whilst fees have been agreed regarding Ryan Nolan, there is still a bridge to gap regarding Colidio. Will Leeds still sign Nolan, even if the Colidio deal collapses? Perhaps the two clubs will meet in the middle? 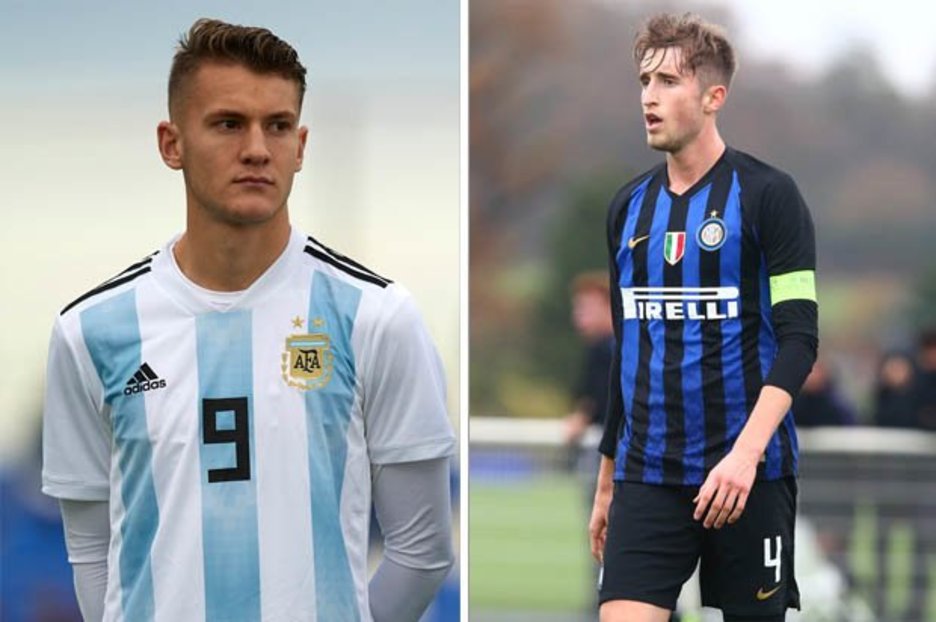 1964white wrote: ↑
Fri Aug 09, 2019 4:51 am
The cunning plan is to play either Douglas or Alioski at LB both are average defensively, Davis looks a better defender than the pair of them. Then we have Dallas & Berardi who can fill in that position too. Up to Harrison to assist his wing-backs but he didn't do that very well v Bristol or for large chunks of last season.

For me one of Harrison's biggest strengths last season was his willingness to help back defensively, wonder if he has been told to be more attacking this season.

1964white wrote: ↑
Fri Aug 09, 2019 5:01 am
I did say it would be a quiet day Dezzy, apart from the keeper I did think we'd only bring in one outfielder. Imagine going into the season with just one recognised striker.
Radz/Orta must have been confident they were going to land Nketiah at ER, thankfully we signed the player required, one with pace & goals to burn hopefully!

The other great news is retaining Phillips

They did the bare minimum, can’t complain, they’ve put us in this position, just frustrating that we could have even more

Leeds players that could still leave up to 2nd September

The transfer window closed for Championship and Premiership teams yesterday but open still for lge 1+2 and Scotland until 31st, other countries have various dates when it closes I know that means we can't buy or loan in but can we still loan out to tthe clubs, in countries that the window is still open, for example could Liverpool loan out or even sell Kent to Rangers or as all business stopped for both divisions.

SG90 wrote: ↑
Thu Aug 08, 2019 10:05 am
Did we actually reject a £20m bid for Phillips? That seems unlikely. It seems Villa were interested but never bid, as they signed the guy from Man City instead.

So the club need to sell £30m every year to avoid ffp. How is that sustainable? You can't predict the price of players and secondly, if we're bringing in loans, we can't sell them.

If you've not already, you should read Phil Hay's interview with Kinnear in The Athletic (behind a paywall)- goes into a lot of detail about the FFP stuff and explains that Radz is already close to the limit of what the owner can put in.

Our wage bill is close to £30m now, so the transfers out cover that, but we've obviously paid to bring players in as well.

Graham Smyth has an interview in the YEP too, but I've not read that yet.

How many Leeds players have actually tested positive for Covid 19?

The Daily Mail has revealed that at least one individual from Leeds United has tested positive for Covid-19. The result comes after the latest round of testing where nine new positive cases from six...