Since its foundation in 1919, Leeds United Football Club has seen more ups and downs than most, rising to global fame through an inimitable and uncompromising style in the 70s, clinching the last Division One title prior to the Premier League's inauguration in 1992, before a spectacular fall from grace at the start of the 21st century. Leeds United remains one of the best supported – and most divisive – clubs in football, with supporters’ clubs dotted across the globe.

100 Years of Leeds United tells the story of a one-club city and its unique relationship with its football team. Author Daniel Chapman, more commonly known as Moscow White to many Leeds United fans, delves deep into the archives to discover the lesser-known episodes, providing fresh context to the folkloric tales that have shaped the club we know today, painting the definitive picture of the West Yorkshire giants.

For those of you familiar with Moscow White’s writing in the Square Ball fanzine and Yorkshire Evening Post or his regular appearances on the Square Ball podcast you will know how witty and erudite he is and how much his passion for Leeds United shines through. From the roots of football in the West Riding of Yorkshire 100 Years of Leeds United tells the story tells the story of how Leeds City were founded amongst ‘stubborn indifference’ to the game and how Leeds United emerged from their ashes.

Do You Want To Win? the story of ‘The Last Champions’ also by Daniel Chapman is available on Amazon Prime


From the early struggles to the glory years under that ‘one man in a thousand’ Don Revie, to the European dreams of the millennium and the exile in the wilderness between and since relive the story of our great football club in its centenary year. Histories of Leeds United have been written before but none so well researched and none have been so thoughtful about those little moments that really hit you as a fan as 100 Years of Leeds United.

Daniel Chapman was born and raised in Leeds, but found his nerdish fervour for Leeds United during an enforced exile, returning to the city and a season ticket as soon as he could. He has co‑edited Leeds United fanzine The Square Ball since 2011, taking it through its 25th anniversary, and seven nominations for the Football Supporters’ Federation Fanzine of the Year award, winning twice. He has written a film and book about Howard Wilkinson’s title winning team at Leeds, both called Do You Want To Win?, and can be found reporting weekly on Leeds United through Twitter, as MoscowhiteTSB.

100 Years of Leeds United is available on Amazon and local independent bookshops. 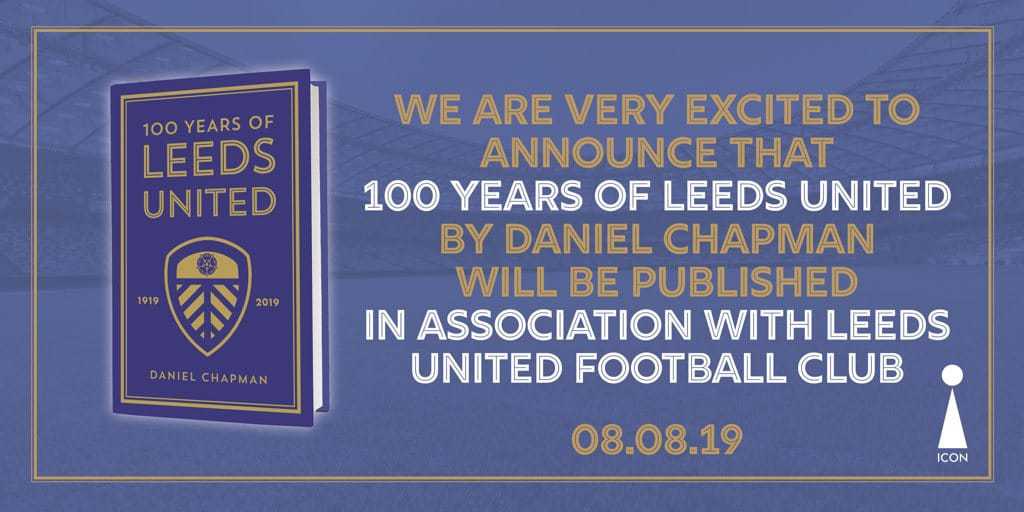 Marcelo Bielsa, The kind of man people name stadiums after!

The name Isaac Newell may not mean a lot to many people but he was a pioneer, in the very literal sense, of football in Argentina. Newell had an adventurous spirit and in 1869 at the age of just 16 he...