Is it Nketiah time yet?


Good Morning. It's Thursday 29th August, and here are the Leeds Utd headlines...

Stoke and England Goal keeper Jack Butland has angered Leeds fans on social media (which isn't hard to do). The 20m rated player took to twitter to celebrate their historic win against Leeds. Although his reaction of beating a team that had made eight changes from the starting XI that had destroyed them 3-0 days before were slightly exaggerated, it's reassuring that other teams are once again respectful of our club. 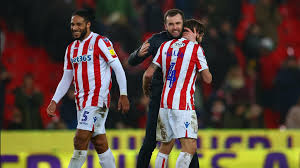 Leeds players including Captain Liam Cooper expressed their concerns about burnout with Ex player Michael Bridges during their recent trip to Australia.

The 5m David O'Leary signing finished his career in Australia playing for the Lambton Jaffas!!!

Speaking to the press, the 41yo shared:-


"I was speaking to a few of players, (including) Liam Cooper the captain... they just felt after Christmas they'd almost run out of energy, the way they'd been playing football,"

"It's not one game a week, some of the boys are playing three a week. They just felt they didn't have enough rest and didn't feel quite right going into games.

"And I think Bielsa's learned a lot from last season and the boys will be a lot fitter and fresher this year.

"The style of play, like I say, is absolutely superb to watch. And they're running teams into the ground, not only with the ball but without the ball, they close them down, there's a high press and I think that it all comes down to the work that is done off the park and keeping the boys as fresh as possible to play this brand of football."

When will Nketiah get his chance?

We have all seen the predatory instincts of Eddie Nketiah. It's not just his lightening pace or his natural ability to find the back of the net, but the positions he gets himself into would scare most teams in the Premiership. Bearing this in mind, is it not time for Bielsa to give him proper first team action?

Surpringly Nketiahs odd's of being top goal scorer for the Championship have fallen from 20/1 to 25/1.
As soon as Bielsa finds a starting position for the 19yo, watch these odds tumble...


Whelan in awe of Dallas

Noel Whelan has been speaking to the press about the transformation of Stuart Dallas. The 28yo has gone from occasional substitute to 'must start' since his transformation to wing back.

“He was my man of the match by a long stretch against Stoke last weekend,” “His energy levels, fitness, creativity were all outstanding and he got a goal as well.

“There are so many wingers converted to wing-backs these days. Defending is secondary for them. But Dallas’ defending has come on leaps and bounds. He is no longer vulnerable when facing an attacker, as his body positioning is so much better.

“He is a player transformed. He looks more confident and far more effective than he did when he was just an attacking player.”


What happens when Ayling is fit again? What would you do?

Butland should concentrate on his own form, and retaining his own place in a struggling team. Given that he is one of the underperforming 'bomb squad' who have been identified as causing Stoke so many problems, it's ironic for him to be suddenly claiming a role in their 'success'. Perhaps he's hoping for a picture of himself being saved by the post to be put up alongside Jones celebrating one of his three wins in twenty five against Leeds last season.

Nketiah clearly has an important role to play this season. I'm looking forward to seeing more of him, but how that comes about will depend on a range of factors. Hopefully Bielsa being more flexible in his selections will be one of them.

I don't think it's particularly helpful talking about 'burnout' at this stage of the season. Maybe something to consider if we experience a dip after Christmas, but with so many players in the form of their lives, we should have the depth to counter it if necessary. Agree that, if anything, it is more likely to be a result of mental pressure, which will be mitigated if we are taking our chances in games, as seems likely on the evidence so far.

Didn't look liked we burned out physically, but there may have been mental tiredness and fatigue from having lead the league all year. That creates it's own pressures..We basically were the equivalent of the pace setter in a marathon allowing other teams an easier ride sat on our shoulders.

Interesting comments from Michael Bridges.
If the players were worried about burn out last season I wonder if Liam Cooper,as captain, expressed their concerns?
As long as players are rested when their form dips so that others are given a chance then I don't see it being a problem this season.
However, we all know Bielsa doesn't like to make changes and players will never admit to being tired for fear of losing their place.

As for Butland's comments - some people will bite at anything. He's pleased they got through, nothing wrong with that.

Eddie will get his chance but he won't start against Swansea. Bielsa is bound to keep the same side unless Cooper is passed fit, in which case he may replace Beradi.

Ellandback1 wrote: ↑
Thu Aug 29, 2019 7:59 am
Morning YS, I'd like to see Bamford given more space, and the only way to do that is to give him a strike partner who is quick, has great movement and gets into the right positions. Three big ticks for Nketiah! I think you'd have to drop Klich, or rest Hernandez one week in 4.

Klich? Who's played really good football and unlocked more defences other than maybe Hernandez? Firts name on my team sheet to be honest

There is no doubting that Kalvin Phillips is the conductor Marcelo Bielsa’s orchestra, our maestro in defensive midfield, setting the tempo of the game, ensuring all the performers follow the same...