Good Morning. Its Wednesday 6th November, and here is the latest news from Elland Road...

Rob Green has been tipped to rejoin Leeds, albeit on a short term contract in preparation should Kiko Casilla receive a ban from the FA for racist language. The 39 year old shot stopper hung up his gloves at the end of last season after 609 league appearances, 46 of which were for the Whites during their 2016-17 campaign. 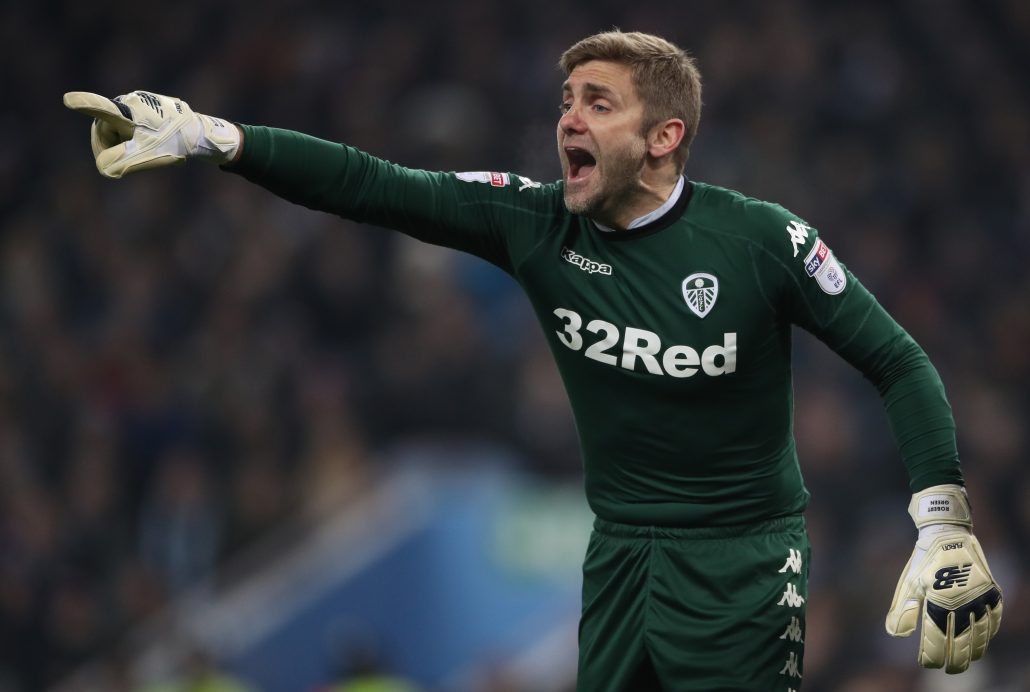 Whelan - Patrick brings so much more to the team

Ex White, now soccer pundit Noel Whelan has leapt to the defence of Patrick Bamford following weeks of torment on social media about the 26 year olds efforts in front of goal.

His work-rate, application and effort has been exceptional, and his work for the team and his teammates has been immense. They will certainly appreciate him in the dressing room. Can Nketiah do the same work as Patrick? Probably not. We are talking about two completely different types of strikers.

Nketiah is more of a natural finisher, no doubt about that. But when he has twice come on at half-time, we have lost rhythm and not been the same free-flowing Leeds. Patrick brings so much more to the team. I can see where the fans are coming from and this is a debate that isn’t going away. But Patrick is getting unfairly criticised.

Last weekend we saw Tyler Roberts take on an unfamiliar number 10 role. Considering it was his first start of the season, and he was playing in a slightly different role than he would normally, the 20 year old picked up many plaudits on his performance. Could Roberts be our new Sami Saiz, or are we trying to fit a square peg into a round hole? Do we expect Bielsa to continue with this tactic?

Isnt a sweeper keeper, never was in his prime, would be a waste of money.

Maybe as a short term solution, would still prefer a specialised number 10 to be signed in January.

Lets see how he does between now and January, he wasnt able to provide goals as a 10 last season and is very injury prone.

Robrrts is a talented player, who seems suited to the 10 role, he needs games. Imo we have a very good player with him, he needs to stay fit, as injuries have meant a stop start to his career here so dar.

Ellandback1 wrote: ↑
Wed Nov 06, 2019 8:19 am
The pictures below were taken by Heidi Haigh at the Charlton game.. Until yesterday she forgot she had them.

They show Lako making a nuisance of himself, also larking about. We also see Casilla taking absolutely no notice of Leko.

Cant see Leeds bringing in another keep. If Kiko gets a ban. If he has to leave the club then maybe we will need back up. The French kid will get the gloves if the inevitable happens.

Victor Anichebe he is banging them in for Leeds in my FM game at the minute.

Scoring goals is a priority for a striker so any striker without goals is lacking.

Roberts as a 10. SOMEBODY needs to play in the hole, before Saturday noonewas even trying to.

A fit Pablo and a performing 10 means proper chances being created. Imo Bamford has two games before the return of Ed to capitalize from it.

And what is it about Leeds? Cant even go out for Bonire Night without starting a riot

No head coach, no sponsor, no kit, no signings…

With the players due to return to training this week and the new Premier League season just five weeks away Leeds United have no head coach, no back room team, no U23s coach, no main sponsor, yno kit...