Marcelo Bielsa and Pablo Hernandez sat down with the press ahead of Saturdays game against Luton Town at Kenilworth Road. Here is what they had to say...


Injury Updates Ahead of Luton Game
Cooper has a chance of being available. Dallas is fine after international duty. No Nketiah but he should be back in full training next week. Jamie Shackleton is also close but has been out for a while so probably needs more time. Forshaw still out and there's no exact timescale on his return yet.


Pablo Hernandez's New Contract
The extension is deserved. He had a lot of impact in the team. All of the supporters recognise that and everybody values him. If tomorrow Pablo had to play in the Premier League, I think he can do it without problem.

Hernandez's fitness and performance levels at his age are rare - and that he's always at the same level of the younger players in the squad. When he hits the point where time catches up on him, Hernandez will be the first to admit it.


Mauricio Pochettino's Sacking
The work Pochettino's done is brilliant. He put Tottenham at a high level. This for any manager is a very important achievement. For him it's more important because the team that played the Champions League final was one he built carefully. Big teams in the world will try to take him. He's a manager who for sure will lead one of the best teams in the world. He made Tottenham one of the most important teams in the world. I like and respect Mauricio a lot. When something that's not got happens to him, I can't ignore this. The effect of this situation is that I feel sad. But within 15 days he'll be at the top again. 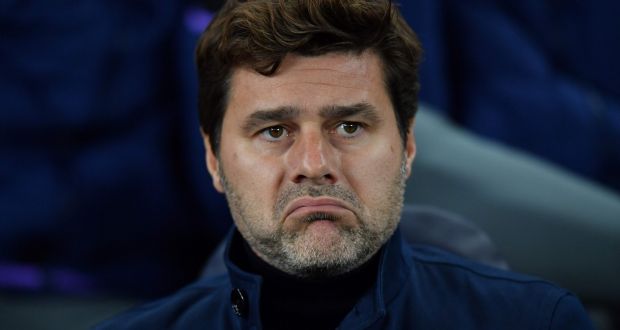 Izzy Brown's good form at Luton
I'm happy about that. He was with us and he had very good behaviour here. He's showing a level he didn't show with us. I consider this a mistake of mine. At Luton he is able to compete to play matches. We couldn't give him this. If we'd had him for another year, maybe we could have got another version of him. At Luton he arrived healthy and recovered. We needed six months where he couldn't work properly. But don't take credit away from him or the people who are with him now.


I wanted to stay here, the club wanted me to stay here. I'm very happy. Now I can focus on the pitch and help the team to get to the targe. Normally for me it (a contract) doesn't matter but at this age, you know at the end of the season that your contract is expiring. For the confidence, this is good.

Hernandez on playing in the Premier League...


I know it's difficult but I played in it before and in the Spanish league. If we play there, I feel very good and I feel young. I'm ready.


Whatever Ali is, it's not normal!

BGwhite wrote: ↑
Fri Nov 22, 2019 11:42 am
Did he mention Ali ?
Whats wrong with him anyway ?
Even the most innocuous injuries seem to keep our players out for weeks/months.

Sure i read on twitter someone asked about Ali and MB said "Normal, he is ok".

Dont even know what is wrong with him

Forshaw im genuinely worried about, bas anyone even seen him? Just disappeared off the face of the earth with an injury that "wasnt serious".

Im sure the club said that it wasnt.

Didnt he say Ali was alright?

Did he mention Ali ?
Whats wrong with him anyway ?
Even the most innocuous injuries seem to keep our players out for weeks/months.

We haven't seen the best of Pablo thos season apart from one or two moments of genius like THAT Dallas assist. Maybe the contract situation has been affecting him mentally?

Didnt he say Ali was alright?