QSI’s investment to be completed within weeks?


Andrea Radrizzani has always been clear about his ambition for Leeds United. A fire year plan to get them back to the Premier League. He has also been clear that he has no intention of cutting and running but would always look at strategic partners who could invest in the club and help him realise that plan. The San Francisco 49ers investment was a prime example of this, not only did they bring money to the table but also a wealth of experience in running a sports team and all the commercial and operational experience that comes with that. This summer the big rumours surrounded potential investment from Qatar Sports Investments and those rumours have refused to go away.

Now reports on Leeds fans forum waccoe.com (The home of TOMA) imply the deal is due to be completed within two weeks with QSI taking an initial 20% investment with full buyout in the summer…

Mighty Kippax wrote: It is happening, just let it play out, will be 2 weeks for formalities to be sorted, mtgs in London end of this week 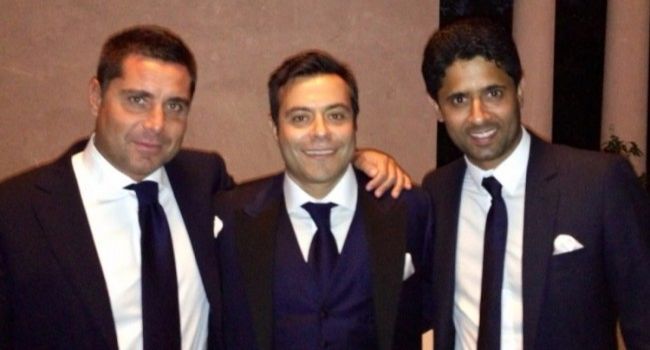 Ever since Radrizzani completed his take-over of Leeds United there have been links with Qatar. This initially came in the form of the partnership with the Aspire Academy, a Qatari based sports organization, renowned for being one of the finest academies in the world with ties to some of the biggest clubs in Europe. The Director General of the Aspire Academy is Ivan Bravo, who also sat on the Leeds United board for a time. More links emerged in summer with Radrizzani revealing he was considering three proposals for investment from a total of more than twenty since he completed his purchase of Leeds United. One of these proposals is from QSI whose chairman Nasser al-Khelaifi is a business associate of Radrizzani.

Investment from QSI could see Leeds United rival Premier League champions Manchester City in terms of wealth at their disposal. There is no doubt Leeds are one of the sleeping giants of English football, sleeping giants who have stirred again recently thanks to the inspirational Marcelo Bielsa. The prospect of promotion last season rekindled past glories and there have been plenty of glorious moments in Leeds United’s past. Champions of England three times, FA Cup and League Cup winners, Inter-Cities Fairs Cup champions twice and European Cup final and semi-finalists. Now we have a chance of promotion again, but investment may be required this January to secure a place back in the Premier League.

Whether there is any truth in the latest rumours or not we will find out in the coming weeks but with investment Leeds United could be great again.
1 Comment

Investment or not, the club need to spend this window, bring in the players we need to get us over the line.

What Must Leeds Do To Ensure Promotion This Season?

The Championship is reaching the business end of the season, and once again, Leeds United’s promotion challenge has hit the buffers. Just like last season, the Whites have seen a damaging festive period,...