Good Morning. It's Wednesday 12th February, and here are the latest headlines from Elland Road...

A revitalised Leeds came from behind after gifting Brentford a goal, to pick up a credible draw last night at Griffin Park. The howler occurred midway through the first half following a diagonal back pass from Dallas. Casilla allowed the ball to run under his foot straight into the path of Benrahma who stroked the ball into an empty net.

The Whites were level seven minutes before half time from the most unlikely of sources. Harrison's in swinging corner was completely misjudged from Bees shot stopper David Raya straight into the path of Captain Liam Cooper who buried the ball in the back of the net.

It was no more than Leeds deserved having dominated their opponents during large periods of the first half. Leeds continued to show their superiority in the second half but even with Augustin making a cameo appearance neither team were able to show the finishing touch. Leeds will slip outside the top two for the first time since late October if Fulham pick up a win at Millwall.

Sky Soccer pundit Matt Murray was talking about Kiko Casilla last night on the Debate. Murray believes that Casilla is responsible for Leeds abysmal run of form, stretching back to mid December.

I feel that the game against Cardiff against Elland Road… he made a mistake, and I think that’s set this run off for Leeds.

I’m telling you now, if you don’t trust your goalkeeper, tonight, the ball went under his foot, he has to deal with that.

That’s how Leeds play, they build from the back. After that, you’ve got a mountain to climb. I don’t care, if you can’t trust your keeper you’re in trouble.


Interestingly, when quizzed whether the racism case was weighing on Casilla’s mind, Murray said, “From what I’ve heard, quite rightly, he wasn’t found guilty.” Huh??? What does he know that we don't, or was it purely a mistake from his part? 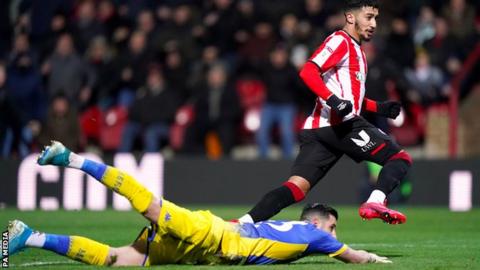 It will be interesting to see how many points deductions will Derby and Sheffield Wednesday get for violating FFP?

just watched the highlights back - not quite sure how we didn't win that. costa and harrison had easy chances to score yet passed the ball to the keeper. Just f**king put your foot through it.

I have said enough about the keeper.
Forshaw our for the season., going for an op tomorrow in the US.

Could a game between Leeds United and Bayern Munich ever be friendly?

Today legends of Leeds United and Bayern Munich were supposed to be facing off in a ‘friendly’ game to celebrate Leeds United’s centenary season. But could a game between Leeds and Bayern ever...