Real Betis are understood to have Marcelo Bielsa's name on a shortlist to succeed under fire Manager Rubi. The Seville outfit have had a really disappointing season . After high expectations of European football next season, Betis find themselves in 13th place in La Liga. The former Spanish International winger has had 13 Managerial appoints in 18 years.

Phil Hay has been investigating, and reports the following:-

There was a story earlier this week about Real Betis taking an interest in Bielsa. What I loved about the story, and I’m told it is true, they do genuinely like him and they’ve got him on the list if they decide to make a change.

But what I love about this story is that on the list it’s Bielsa and Pellegrini, and you think well it’s got Pellegrini written all over it that has.

I got in touch with a few people close to him [Bielsa] and said ‘what do you think?’, and they said there’s no issue with this, if Leeds are going up then he’s going with them and there’s no real prospect of him not wanting to manage in the Premier League.

And because he is human and because he does feel football in the way everyone else does, and sometimes in a more extreme level, the goals must matter to him possibly more than ever before because he’s aware there isn’t going to be a third season, a third chance if this doesn’t happen.

Has Augustin got La Hump?

Just over one month into his £1.6m loan deal, the 22 year old has managed just 49 minutes of football. Now, suddenly he has a muscle injury that kept him sidelined against Boro midweek, and according to Bielsa's consequent post match interview, will rule the striker out of this weekends crunch derby at the KCOM Stadium. I am wondering to myself, if Augustin is frustrated at his lack of opportunities, especially with Bamford firing more blanks than a jaffa!

There was a perfect opportunity a week ago art Reading where Leeds had gone a goal ahead on the hour mark, for the French man to brush off the cob webs, yet Bielsa decided to stick with Bamford!

If (and hopefully when) Leeds go up, they are obligated to purchase the former PSG front man for an additional £17.8m. Surely Victor Orta ws working with Bielsa when they bought Augustin to the club. If not, what kind of tension will this cause between them? 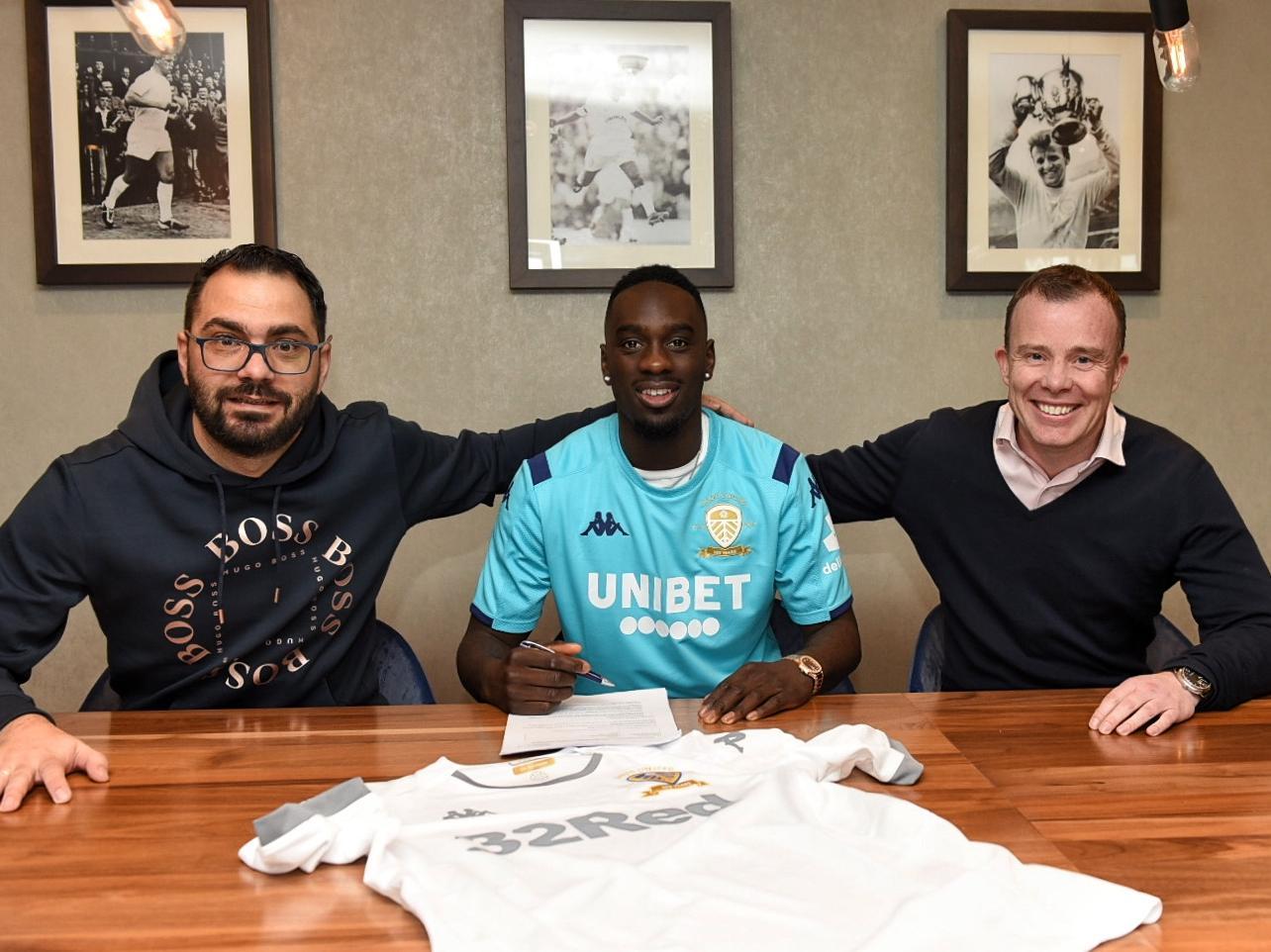 Ayling - Dallas is 'a different class'

Leeds full back Luke Ayling believes that team mate Stuart Dallas is playing the best football of his career at the moment. Speaking to the press the former Bristol City and Arsenal defender said:-


Stu is brilliant. He's played four or five positions this year and has been probably our best player every single time he's played in those positions.

I'm glad that he's found a home at left-back and not right back, so I'm pleased with that! But he's brilliant you know. He runs all day. He gets up, he gets back. He's in the form of his life, he's like a different class.

Three clean sheets on the bounce is always nice. I think we went quite a long time without getting one, so that will fill us with massive confidence.

There were chances for us to score goals today but the biggest thing for us was that they only had one shot on target which was late on and came off our player. Our goalie saved it quite easily.

I think that's a big positive for us tonight. I think in the last four games, I don't think teams haven't had many shots so us boys know that if we have a good base back there, the boys up top will take care of the rest.

Being 'Leeds' is a state of mind, it's a condition of the soul.

As for Hull Tigers, maul away...

Own Goal could be a bit tasty, six so far this season

Anyone, we have a few choices in this set up