Good Morning. It's Wednesday 18th March, and here are the latest headlines from Elland Road...

French U20 International shot stopper Illan Meslier is keen to put pen to paper, and sign for the Whites on a permanent basis. The 6ft 4in is on a season long long from French Ligue 2 side Lorient (because he's worth it)! Leeds have an activation clause that should Meslier play 10 games for the Whites, they will have an obligation to purchase the 20yo for a fee of £5m.

With current No 1 keeper Kiko Casilla suspended for the next six games and possible internal disciplinary measures to come, should Leeds put their faith in the 20 year old next season if they reach the promised land? Most keepers do not reach maturity until their late 20's, and although there are exceptions, would it be a gamble to part with 5m after only seeing Meslier in action for three games? Meslier was recently interviewed regarding his future at LS11, and this is what the young starlet had to say...


You are on loan with an option to buy. Can you see your future being in England?


I would like to, but it depends on the season. If I play in the Championship, and the club activates the option to buy, I would stay without a problem. If I play less, we will think about it. But the best thing would be to continue at Leeds.


Have you definitively turned the page on FC Lorient?


Officially, I belong to Lorient, so you never know what could happen, things can occur very quickly. But if I am to go back to Lorient, it will be to be their #1. I have done the time that I was supposed to do over there, now I am concentrating on something else. I am 100% focused on Leeds.


You prefer being the #2 at Leeds than at Lorient?


Yes. I knew that Kiko (Casilla) was a great goalkeeper, he was at Real Madrid. So if you are going to have to be behind a goalkeeper in the pecking order, better that they are fantastically good. It was not possible to remain at Lorient… Kiko is a great goalkeeper and I am coming to learn by his side. Aside from that, if he does not play, I will be there to give my best.


He is someone who is very respected, very listened to. He is very professional with the players. The training sessions are hard physically for the players, but we work very well. Aside from that, nobody talks with him. He, he speaks to you, but I do not think that it is possible to go and speak to him just like that. Aside from that, so long as we are performing, everything goes well…


On his first impressions of Leeds:


I am joining a legendary club and moving to England, which is always an enticing proposition. In terms of the fans, it is different to what we have in France. It is a religion over here. There are 35,000 fans per match. English football is very box-to-box, but it is very good football. I wanted to play here one day and I found this project more interesting compared to what was at Lorient. So I moved. And things are going very well, the players are welcoming and are trying to integrate me as much as possible. For the moment, I have played two matches, with the U23s, against Millwall and Bristol. 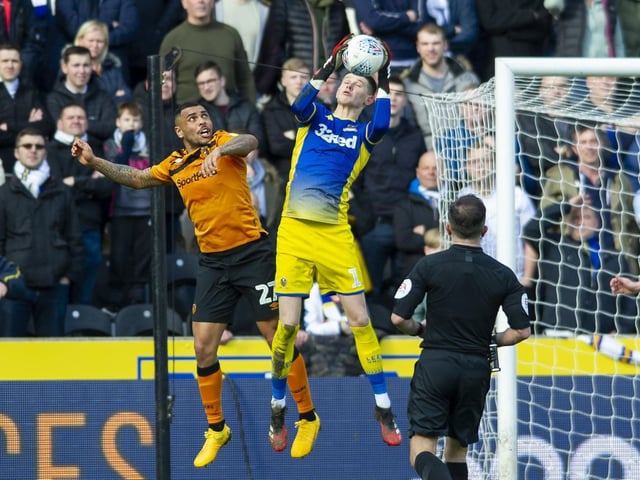 Former Crystal Palace owner, and Business magnate has been speaking to TalkSport regarding the Championship 6 launching legal proceedings against the Premier League should the authorities abandon the rest of the season.

We understand the top six in the Championship are ready to launch a legal battle if the Premier League cancels this season. Domestic football is the absolute bedrock of the sport, it’s what drives football. It should absolutely be the preference of the governing bodies and the clubs that they finish the 19/20 season. Otherwise, you have a complete unravelling of the fabric of opportunities that Rotherham and Leeds and others have created for themselves.

We cannot be sat here on the 19th of March and say we’re going to close the season down. You must exhaust every avenue to complete the 19/20 season. When you’ve exhausted every possibility, then and only then do you look at wrapping up the 19/20 season.


However, on the reported legal action, Jordan said it was “claptrap”...


It’s claptrap. On what basis? If the Premier League breaks the rules they’ll be subject to a potential challenge. But what rules are they breaking at the moment?

[Jim White asked...] So there’s no way you vote for the end of the season in that meeting?

Absolutely no way. If that happens the Premier League is a disgrace. You can argue that Liverpool deserve the league and that Leeds deserve promotion, but they’re not done and dusted. There are only 9-10 games left for most clubs this season. Whenever they can be played, they should be played – hopefully in front of fans, but behind closed doors if necessary. We don’t see anyone being able to put a timescale on things this week and neither do we envisage the season getting cancelled. 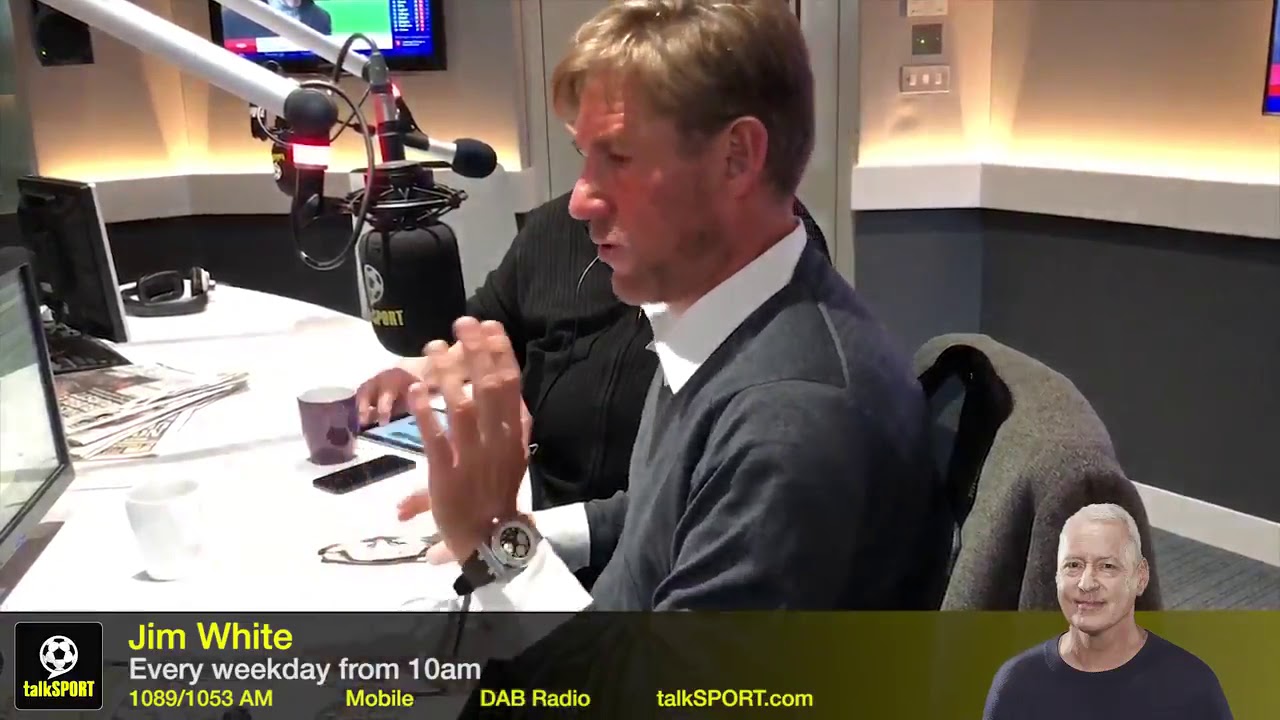 Former Sky Sports presenter Richard Keys believes it would be outrageous if the Championship chasing play-off pack were to miss out on the chance of trying to catch up Leeds and West Brom! In his latest blog ‘Re-set the clock, the 62 year old said..

Leeds and West Brom have had eventful seasons, but they’re not up yet. Both can still be caught. So how can we promote them? It would be outrageous if those chasing play-off places were to miss out on the chance to get up. Bristol City, Millwall, Cardiff are all jockeying. So are Blackburn and Swansea. It’s one of the joys of Championship football that very little is ever settled until the last day of the season. Oh - and the football is pure. No VA-bloodyR spoiling matches.


Is he at least right about VAR? Is there anything wrong with getting decisions right, especially considering how Leeds have been wronged in the past?

"As part of the League’s continued contingency planning, the Board heard the comments and observations from EFL Clubs, before discussing a number of issues including the current financial position and implications, insurance, regulatory matters and broadcasting arrangements.

"Discussions centred on financial relief for Clubs in the short term and while there is no one single solution, measures are to be put in place to immediately assist with cash flow via a £50million short-term relief package.

"This fund consists of the remaining Basic Award payments being advanced to Clubs immediately, with the remainder made up through interest-free loan facility available to Clubs, calculated in line with the EFL’s Article of Associations.

"The cash injection is included as part of a series of measures, that includes potential Government support to help Clubs and their associated businesses through this period of uncertainty. The EFL welcomes last night’s announcement made by the Chancellor of the Exchequer, and is continuing discussions to understand how our Clubs can access the funding made available to support businesses.

"The primary objective, in order to protect competition integrity, is to deliver a successful conclusion to the 2019/20 season, subject to the over-riding priority around health and well-being. Plans continue to be developed on the agreed principle that it is in the best interests of the EFL and Clubs to complete the current season at the appropriate time.

"The EFL is continuing regular dialogue with the Government and relevant health authorities and, as and when more information is known regarding the scale and extent of the coronavirus outbreak in this country, a decision will be taken on the resumption of the League’s fixtures.

"Conversations will continue with the EFL’s counterparts at the FA, the Premier League, the PFA and the LMA to ensure football achieves a joined-up and collaborative approach."

weasel wrote: ↑
Wed Mar 18, 2020 9:00 am
The best, and fairest, solution is to finish the season even if Leeds had a wobble and didn't get promoted. If playing the matches behind closed doors is the only way so be it as all the players and officials could be tested and it could be as safe an environment as possible.

Sick of people moaning about VAR. Yes it has had a lot of problems but anything new will have problems. The key is to overcome the problems and get it working properly so that the decisions made are correct. I would still prefer to go down the route of allowing each team 2 chances to ask for VAR to rule on a decision, in a similar way to how it is done in cricket. If a team challenges and the decision goes their way then they would still have 2 challenges left. Doing it that way eliminates the pressure to look at every incident and it also will stop managers whinging as they will have been the ones to have made a decision to use VAR.