Championship clubs continue to get rotten deal from the EFL


Good Morning. It's Monday 23rd March, and here are the latest headlines from Elland Road...


Will the extended break have a detrimental effect on the players

Former Leeds legend Paul Robinson has warned Marcelo Bielsa’s side of the difficulties the players face returning to first team action. Robo believes his boyhood club could struggle with fitness once the season returns...

Players will be given programs like they are in pre-season. When you leave for the season you’re always given a program to follow which is obviously very light as you start and intensifies as you get nearer the start of the next season. The problem now is that there’s no due back date. When you’re in pre-season you can tailor a program to run until a set time.

Now, at the moment, there’s no definite date to aim for but football is a 24/7 job now and the players will carry on doing their jobs and keeping fit to a certain level, and then it will be a case of getting together a week before the first game. The clubs will get back into the training grounds a week before, to get match fitness in the early part of the week and tactical ball work towards the end.


Will the extended break have a detrimental effect on the players? Will if give their competition an easier chance to catch them up?

How Long EFL Handout is estimated to last each Championship club

As featured last week, the EFL have provided Championship clubs with £800,000 to help balance the books whilst the Country goes into lockdown. Whilst it may seem 4/5th of a million is a generous loan, realistically, how long will that last clubs in the second tier of English football?

Note: West Brom did not disclose. 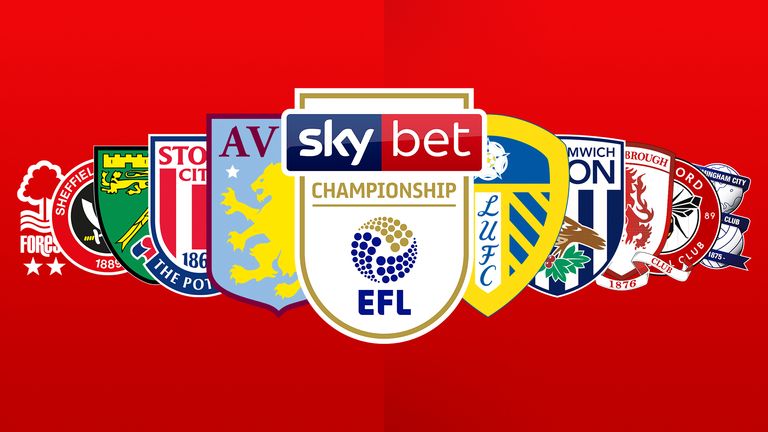 Championship clubs get a rotten deal from EFL

Championship clubs have been debating Financial Fair Play in its current state, as well as the television packages, especially in contrast to the Premier League. Stoke City chief executive Tony Scholes has pointed out how England's second tier is unfairly treated compared to the money obsessed Premiership!

The league doesn’t get the income to match its appeal to match the fact that it is the third highest attended league in Europe. So you’ve got Leeds at the top of the league and they’re on telly all the time, but they get TV income of about £3m-a-year. The team one place above them, Norwich, on telly maybe 12 times this year, less than Leeds anyway, they get TV income of £100m-a-year and it just can’t be right.

Then we’ve got a set of (FFP) rules that stifle ambition and keeps clubs from investing in the club. The effect of that is - and this is the negative of the league at the moment - is that 12 years ago the league was very collegiate, everyone got on with each other. Obviously there was great competition on the pitch, but off the pitch all the clubs got on.

What I feel now in the league is that some clubs are desperate to attack other clubs and get them punished for breaking rules and get them a points deduction. It’s just become a more difficult environment and I think that’s because of the financial gap that exists with the Premier League.


Should more be done to close the gap between two leagues? What is the difference in quality between the top six of the Championship and the bottom six of the Premiership?

In answer to your last question, I think Leeds are better now than the bottom half of the EPL.

The View From Abroad on Leeds United

Leeds United are attracting plaudits on their return to the Premier League with the media and fans alike being stunned by Leeds’ strong pressing game and attacking threat. With two games passed, it’s...