Good Morning. It's Tuesday 28th April, and here are the latest headlines from Elland Road...


FIFA propose increasing substitute use to five per club

FIFA have put forward a new proposal increasing the use of substitutes to five per side, per game. The unusual move is supposed to help players who may have lost fitness during the coronavirus epidemic. There will be three allocated stoppages during each game (plus half time) when Managers can make changes.

The IFA (International Football Association), who govern the rules of football have yet to approve the idea. If and when it is approved, it will be up to the Premier League / EFL whether they want to implement the idea. A FIFA spokesman was quoted as saying...

When competitions resume, such competitions are likely to face a congested match calendar with a higher-than-normal frequency of matches played in consecutive weeks. Safety of the players is one of FIFA's main priority then. One concern in this regard is that the higher-than-normal frequency of matches may increase the risk of potential injuries due to a resulting player overload.

In light of this and in light of the unique challenge faced globally in delivering competitions according to the originally foreseen calendar, FIFA proposes that a larger number of substitutions be temporarily allowed at the discretion of the relevant competition organiser. 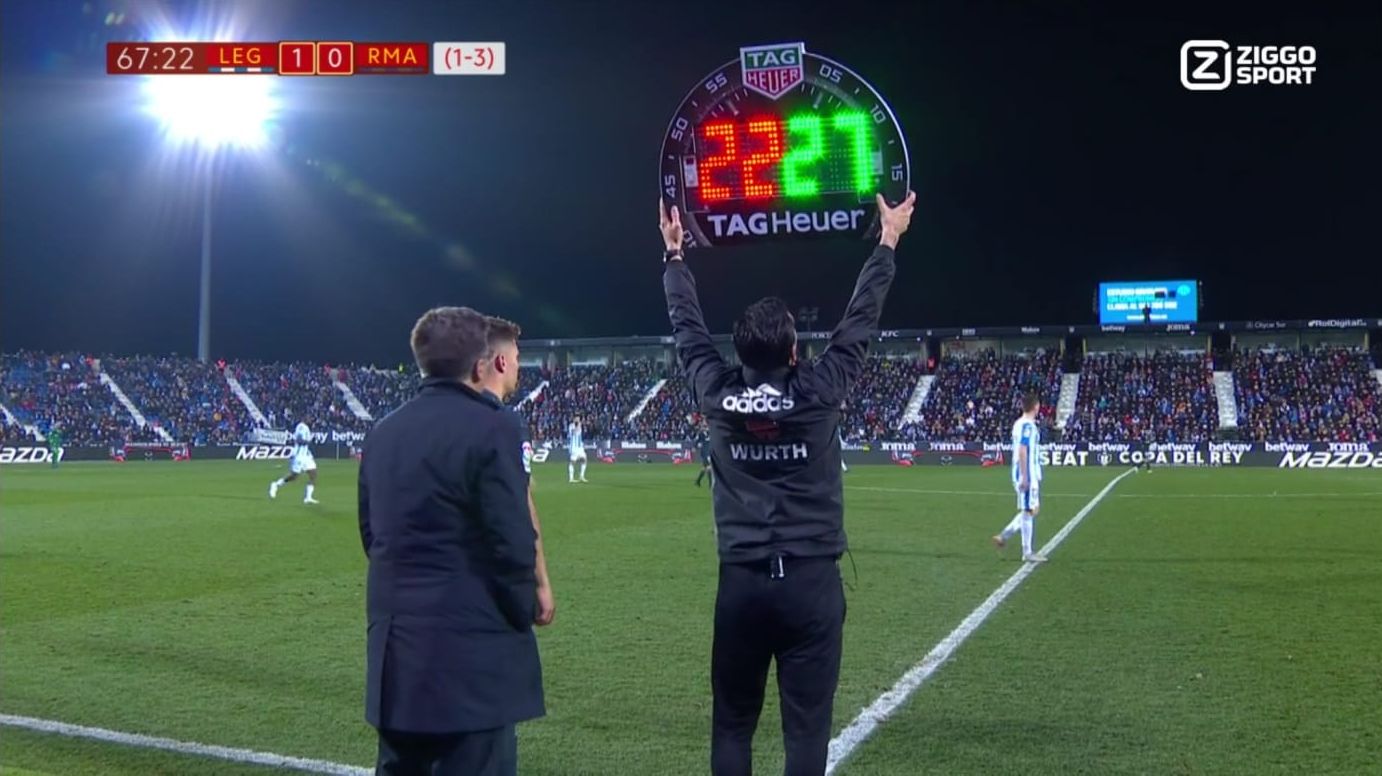 Would 5 substitutes per game benefit Leeds?

Should the number of useable substitutes be increased to five per team, per game, what kind of impact would that have on Leeds Surely, if any team is not gong to be effected by fitness problems, it's going to be Leeds; but with Bielsa's tactical experience in the game, does that give Leeds an advantage over their competitors?

Would you say Bielsa's use of substitutes has been a strength, compared to other teams? Does Bielsa think he has five reliable substitutes?

Orta - Casilla has big role to play at Leeds

Media reports claim Victor Orta has been in constant contact with Kiko Casilla to try to convince the ex Real Madrid shot stopper that he has a big role to play at Leeds United when the season resumes. The 33 year old has returned to Spain since his eight game ban came into effect has spent time,ruling him out of action until the last day of the season?

Since his return to his homeland, Casilla fears that his reputation has been tarnished and has been considering a domestic move is on the cards. Despite this, Victor Orta has been in contact contact with his fellow Spaniard offering him Leeds full support and making it clear he has a big role to play when the team’s Championship campaign restarts. 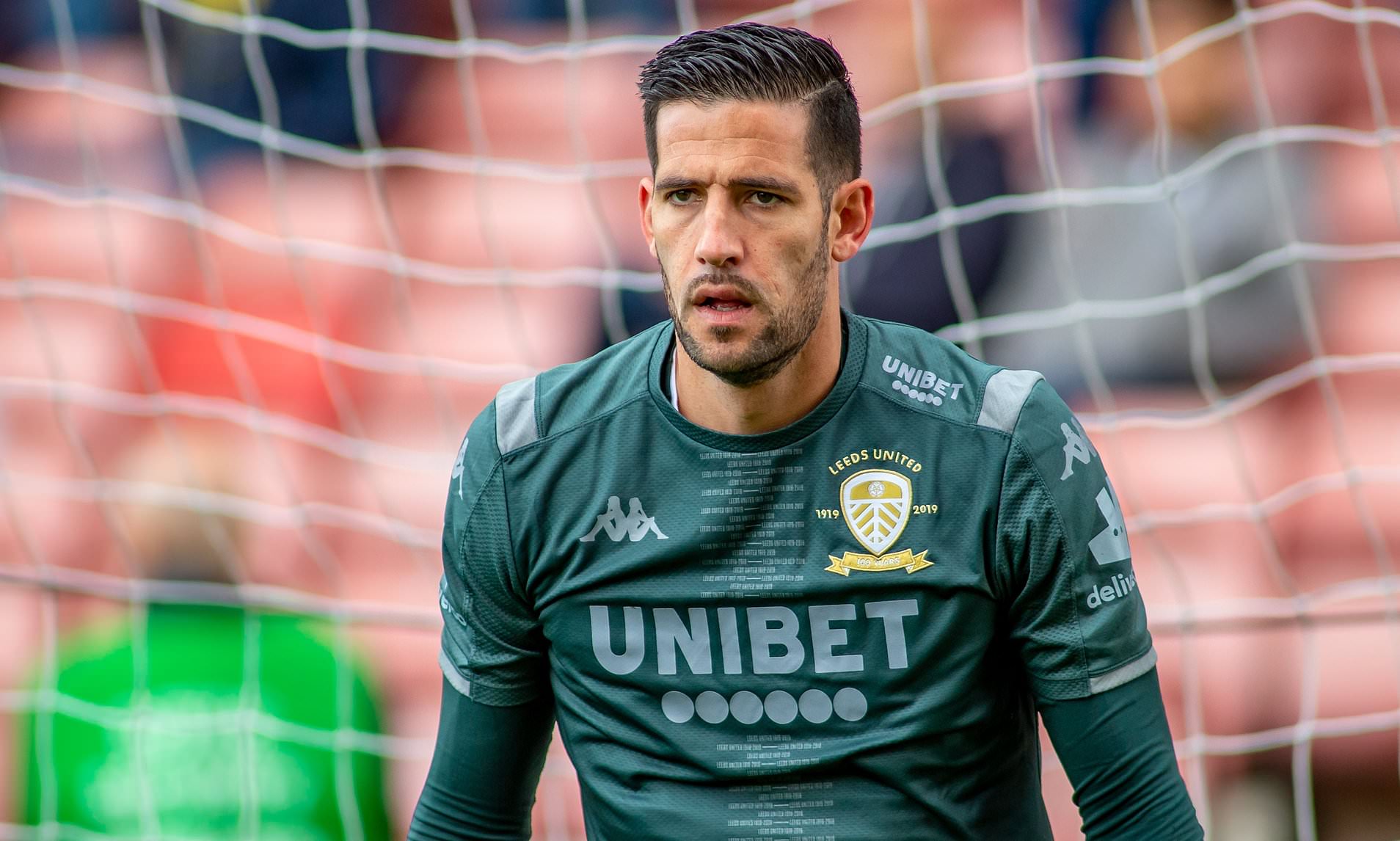 WhiteRose wrote: ↑
Tue Apr 28, 2020 3:11 pm
I have pretty much resigned myself to us not going up this season, God knows what that will mean for us financially, managerially and the squad but despite my feelings about it i just can't see the prem relegating teams even though they deserve it

UEFA should have been more specific and mandated that a points per game ratio be used to determine the standings of any professional league that can't complete and that relegation and promotion should be respected. leaving it at the whims of national FA's each of which have different agendas is a mistake, dependant on what each country does could set precedents for legal challenges elsewhere. Promotion and relegation is a fundamental part of league competition and if this isnt respected then the whole system is broken. Imagine Norwich dont get relegated, they will get another 100 million next season that they dont deserve and we will get sod all.


One thing going around is that, if there's no promotion/relegation the top 3 in the Championship will get the parachute money the 3 relegated teams would have got, meaning a £61m payment, the 2 pieces I read on it differed on when the payment would be received, 1 said in one lump sum, the other said over 3 years.

onemoreslogan wrote: ↑
Tue Apr 28, 2020 10:53 am
On the face of it, more opportunities for subbing would give Bielsa added flexibility in managing the side throughout a match, however, I think it could negate the fitness advantage Leeds currently enjoy over their opponents. Would extra fresh bodies help or harm the press late in matches? A little of both I reckon.

So twelve subs in six games

One was enforced due to Kalvin's injury
Five maybe six were purely to slow the game down & waste a bit of time.
Four were to give Pablo & Paddy (x 3) a breather
The earliest sub we made was Roberts for Bamford in the 67th minute as the game was more or less over
Eleven of the subs made were for our attacking players.

WHO NEEDS FIVE SUBS? possibly the opposition as we generally wear teams out by the last quarter

I have pretty much resigned myself to us not going up this season, God knows what that will mean for us financially, managerially and the squad but despite my feelings about it i just can't see the prem relegating teams even though they deserve it

UEFA should have been more specific and mandated that a points per game ratio be used to determine the standings of any professional league that can't complete and that relegation and promotion should be respected. leaving it at the whims of national FA's each of which have different agendas is a mistake, dependant on what each country does could set precedents for legal challenges elsewhere. Promotion and relegation is a fundamental part of league competition and if this isnt respected then the whole system is broken. Imagine Norwich dont get relegated, they will get another 100 million next season that they dont deserve and we will get sod all.

Not looking hopeful then

As a regular attender I'm in no hurry to watch Leeds until I'm convinced it's safe to do so!

European leagues have until 25 May to tell Uefa whether they want to complete or cancel their seasons.

Football is suspended in all European countries apart from Belarus because of the coronavirus pandemic.

The Premier League has this week stepped up its plans to resume the season in what has been labelled 'Project Restart'.

Arsenal, Tottenham, Brighton and West Ham have opened their training grounds to players for individual work.

The Premier League league is hopeful of a potential 8 June restart and finishing at the end of July to fit in with Uefa's European competition plans. This would require full training to begin by 18 May.

Top-flight clubs will meet on Friday to discuss options for the restart.

Culture Secretary Oliver Dowden said he had been in contact with clubs about restarting the Premier League "as soon as possible".

Professional Footballers' Association deputy chief executive Bobby Barnes said: "We have been assured of the intentions of all that there would be no resumption unless guarantees of safety could be given to the players.

"The overriding principle for all parties is the health and safety of all participants on and off the field, and of course the wider public."

The Scottish Premiership is suspended indefinitely and the season could yet be declared over, a move already taken with the second, third and fourth tiers north of the border.

On Tuesday, the French government banned all sporting events, even without spectators, until September, signalling the end of the season for the top two divisions in the country, Ligue 1 and Ligue 2.

The Dutch top flight was abandoned on Friday with no promotion or relegation and no champions, while on Monday Belgian clubs postponed a vote on confirming the cancellation of their top flight until next week.

The deadline set by Uefa is referred to in a set of guidelines on 'eligibility principles' for European competitions that the governing body's president and general secretary have sent out to football bodies.

"Given the unforeseen and unprecedented situation [...] national associations and leagues are facing a situation whereby the completion of their domestic competitions may be at risk," they write.

Stakeholders are told they "should be in a position to communicate to Uefa by 25 May the planned restart of their domestic competitions, including the date of restart and the relevant competition format".

It adds: "In the event that a domestic competition is to be prematurely terminated for legitimate reasons […] Uefa would require the national association to explain by 25 May."

Uefa is understood to have set the date because of its next executive committee meeting two days later, when decisions on the restarting of the Champions League and Europa League may be reached. It is viewed as flexible guidance, rather than a rigid deadline.

Last week, after a video call meeting of all 55 national associations, Uefa made clear it wants on-field performance to determine which clubs make up next season's European club competitions, despite the current shutdown.

Uefa urged clubs to "explore all possible options" to finish their seasons.

It accepted that in "special cases" some could be cancelled, but asked authorities to use "a different format" if needed in order for teams to qualify for European competitions.

If league seasons cannot be finished, it said national associations would need to select clubs to qualify for Europe.

Uefa said it could "refuse or evaluate" selected teams if necessary.