Good Morning. It's Thursday 21st May, and here are the latest headlines from Elland Road...

It is looking increasingly likely that the Championship season will recommence in less than a month. A provisional date has been set for the 20th June. We should also hear in the next 24 hours that Championship clubs can resume training on Monday. We also await news via Government sources whether the remaining fixtures will be played at neutral grounds or not, though a decision on this is not expected until next week.

Leeds have a seven point cushion at the top of the table over third place Fulham, with a possible 27 points still to play for. The final play off spot is currently occupied by Preston on 56 points, but with 9 games to go 11th place Swansea City are only three points behind. Theoretically, 15th place Sheffield Wednesday could make up the eight point difference, and join the top six. Perhaps Derby and Sheffield Wednesday will receive their punishment from the EFL for financial fair play misdemeanors. A 12 point deduction for either club would leave hem both in severe relegation territory!

At the foot of the table 17th placed Stoke City are only three points from the drop zone. Before football was suspended, Leeds were the in form side in the Championship with 5 wins and a draw. Hull had the worst form with five loses and a draw, followed by the Wendies, Bristol City and Boro. Surprisingly, Wigan were third (3 x W 3 x D), Luton 5th (3 x W, 2 x D 1 x L) and Barnsley 7th (3 x W, 3 x L). West Brom were the fourth best in form team, Fulham 8th and Brentford 15th.

Leeds have a tricky tie against Cardiff on the first game back. Third place Fulham play fourth place Brentford. A win for the Bees would leave them a point behind the Cottagers. Some may say that Bentford are more dangerous than Fulham. Who would you want to win that one? At the other end of the table a win for Charlton against Hull would see Lee Bowyer's team change places with the Tigers.

There's a double six pointer at the top of the Championship in game Two. Leeds entertain Fulham whilst whilst Brentford play West Brom

During the third round of games, top of the table Leeds play 23rd place Luton Town. Get your popcorn ready for Hull v Boro, surely a six pointer at the foot of the table.

With four games to go, Leeds face Stoke City. Although in 17th place, Stoke are only three points from the drop zone. They will be desperate to get something out of the game. At the foot of the table Barnsley play Luton Town. Forest entertain Fulham whilst Brentford have a tricky tie against Charlton.

Leeds play Swansea City in game Six of the season. There is no reason why, if the Swans went on run why they wouldn't be around the play offs, so all to play for. Huddersfield v Luton and Preston v Forest look interesting fixtures!

With two games to go, top play bottom (assuming and hoping Leeds are still top at this point), West Brom face Fulham (Come on you Baggies) and Brentford face off against Preston.

Leeds will hope to for a Ram raid on the penultimate game of the season. At the bottom Hull play Luton.

The roller coaster season comes to an end against Lee Bowyer's Charlton Athletic. Imagine if both promotion and relegation rested on this result!!!! Similarly Brentford face Barnsley whilst Wigan entertain Fulham! 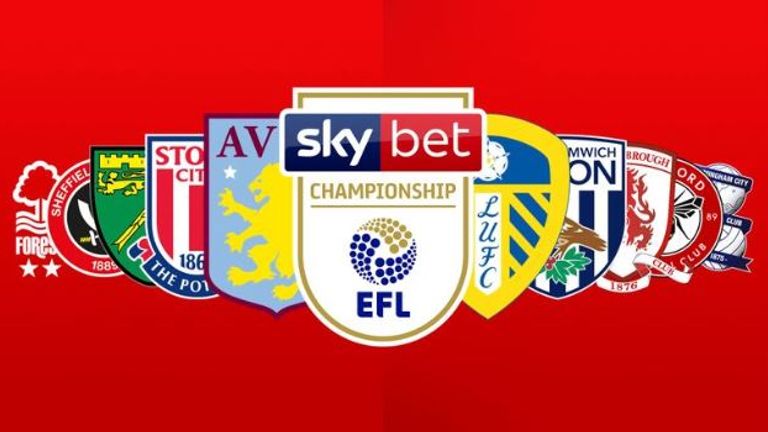 I honestly believe we will definitely get promotion if we take a minimum of four points from our first two games.
And i hope Brentford beat Fulham and then the gap will still be 7 points even if we lose at Cardiff and it's another game chalked off.

I suspect we would do well at Cardiff, mainly because whenever we start playing in a new season, we seem to do well. Whether that's because we generally start fitter and more committed, or because the opponents seem to take a game or two to acclimatise to a new season, (or both), I don't know. Not that any of that will make me feel more comfortable on the day!

billysboots wrote: ↑Thu May 21, 2020 5:43 pm I don’t think the season will restart so we won’t have to play the remaining games.
If we do, playing Cardiff away is tough.

We'll be lucky to start next season let alone finish this season.

I don’t think the season will restart so we won’t have to play the remaining games.
If we do, playing Cardiff away is tough.

Hi EB an everyone,

I must admit I'm starting to get the football 'buzz' again now that training is starting to resume and dates are being bandied about for the resumption of the season.
No guarantee it will go ahead of course, the next few weeks will be critical to avoid a second spike but things are looking positive.
I honestly believe we will definitely get promotion if we take a minimum of four points from our first two games.
And i hope Brentford beat Fulham and then the gap will still be 7 points even if we lose at Cardiff and it's another game chalked off.
Our goal difference is so much better than Fulham's that the point difference is really 8 points.
Watching games played in empty stadiums will be weird though.

Is there anyone there?

This Saturday Premier League football returns to Elland Road, but for the fans it wil be different

On Saturday afternoon, Elland Road Stadium, home, will host its first Premier League game since Saturday 8th May 2004. But in these strange times it will be a different match day experience to usual....