Is the season over for big Kev?


Good Morning. It's Thursday 11th June, and here are the latest headlines from Elland Road...


Is the season over for big Kev?

The season could be over for Jean Kevin Augustin. The 22 year old French International suffered a recurrence of his hamstring injury whilst playing murderball with his team mates on Tuesday afternoon. The extent of his injury was assessed by Rob Price and his team, and although not officially confirmed yet, it looks likely that Kevin's tenure at Elland Road has come to an end.

It's a bitter pill to swallow for the loanee, who has fought hard to regain his fitness following his injury in February. Augustin will return to France for treatment if the injury is thought to take more than a month to recover from. Fortunately for Leeds, Tyler Roberts has been in fine form in training, and has caught the eye of Adam Forshaw.

Tyler Roberts looks in great shape. I spoke to Stu Dallas and I’d seen Tyler getting into his car and he looked lean and well. Stu said Tyler has been so sharp in training. He’s got some ability Tyler. He’s been unfortunate with injuries but he could play a key part couldn’t he in the last nine games. He’s a nice footballer. I think now he’s getting fully accustomed to the regime, the demands of the sessions and the manager wants you to play. A week before the Championship season is set to restart, the EFL have revealed that six new coronavirus cases, across four Championship clubs have been confirmed. Players and staff at clubs received their results on Wednesday after tests were carried out at training grounds up and down the country between 7th - 9th June. Those who have tested positive are currently self-isolating for seven days and cannot attend their club’s training ground as a result. One of the positive cases has been confirmed as Stoke Manager Michael O'Neill. 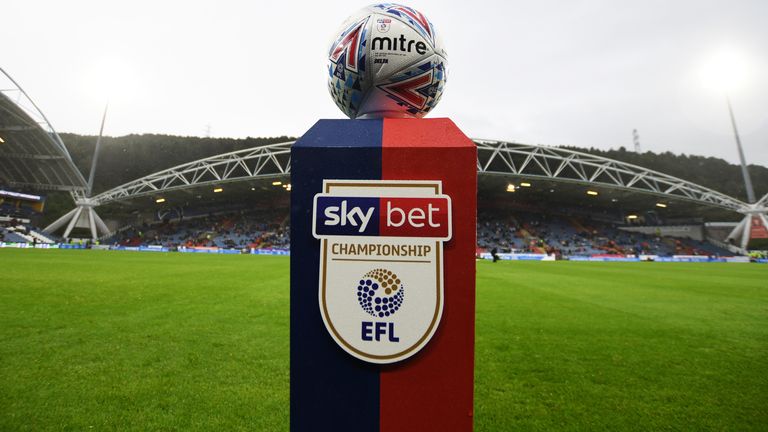 Patrick Bamford has publicly ripped a fan to shreds for criticising footballers for getting involved with politics. Leeds fan Joshua Benford sent a message on social media site Twitter, blasting footballers for getting involved in the 'Black Lives Matter' movement when they should be concentrating on football. Leeds No 9 hit back saying “Mindless idiots like this are the people who need educating the most. Happy to ignore it as long as it doesn’t affect him. I wonder how he would act if the shoe were on the other foot.”

Is it right that professional sports personalities get involved with topics which are obviously hotly contended at the moment? Should Bamford be talking to a fan like like who probably pays some of his wages?

If we promote get used to even more wastefullness....

Is anyone else getting twitchy over the amount of muscle injuries "plaguing" the Bundesliga?

Bamford. I hate it when players get into wrangles on social media. Maybe the moles on his lawn were getting on his nerves.

Has he tried Garlic, Fireworks and a 12 bore shotgun ?

Can't help wonder if JKA has actually got the virus. There was all that stuff in the paper suggesting we had 1, or more, positive results but the club didn't comment either way. What better way to avoid speculation then to say the player is injured so as to explain his absence from training for a couple of weeks. Maybe in a couple of weeks the injury will turn out to be 'not as serious as first thought' and he will return to training.

gessa wrote:
Only young i know but made plenty of mistakes in the games he's played, plus giving away a couple of pens and a red card. Supposed to be a good ball player, which is why Bielsa wants him, which hopefully means Bielsa is staying too.
A few days ago he was being linked with Barcelona.

Ye he was going on holiday to Spain [emoji44]

weasel wrote: ↑Thu Jun 11, 2020 12:39 pm The paying the wages thing is ridiculous. If anyone's boss is racist should that be okay cos they pay your wages? Were the fans whp attended football matches and threw bananas etc in the right because they paid the wages?

Sports have a huge role to play in ending racism. Thankfully the days where people would boo their own players just because of their skin colour are for the main part gone, in this country anyway. Sports is where everyone can be judged on ability alone not the colour of their skin.

What if your boss accused you of being racist because you said footballers should not get involved in politics?

Pity about JKA, but at 65K a week is bound to hurt us, but he was just a panic move after the Nketiah fiasco.

If we promote get used to even more wastefullness....

Is anyone else getting twitchy over the amount of muscle injuries "plaguing" the Bundesliga?

Bamford. I hate it when players get into wrangles on social media. Maybe the moles on his lawn were getting on his nerves.