Can it get any better than this?

Ale stock in West Yorkshire hit an all time low (supposedly) as thousands of Leeds fans celebrated Marcelo Bielsa's lads tear the Championship apart. High spirits were not restricted to West Yorkshire, or indeed to England, as fans from Europe, Asia, USA and South America toasted sixteen years of hurt coming to an end.

Closer to home Derby County, led by Wayne Rooney gave Leeds a guard of honour and they entered the Pride Park pitch. There was plenty of discussions about whether the Rams would or should give the Whites such accolade given the rivalry between the two teams since Spygate.

Animated Director of Football Victor Orta was in the stands celebrating exuberantly and even had the cheek to pull out a pair of binoculars at one point (and why not)!!!! In fact, last Friday as fans began to congregate outside Elland Road, Orta had to be restrained by staff from joining in the melee.

Leeds Utd Angus Kinnear was quoted as saying "Decorum in the directors' box has gone out the window in the last few weeks. To be frank, his behaviours been a disgrace. But we love him for it." 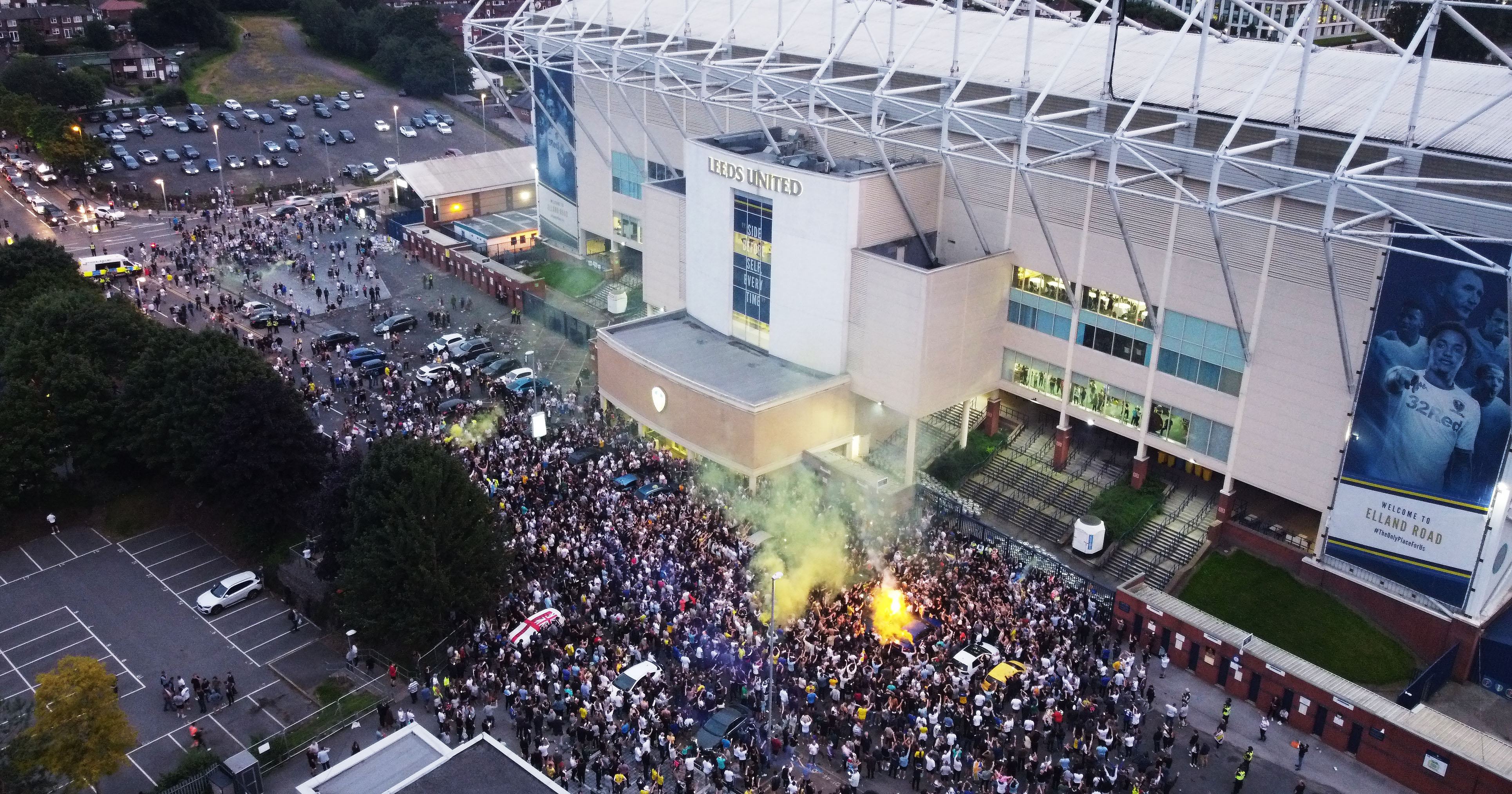 Youngsters given a chance to shine

Marcelo Bielsa made seven changes from the team that made heavy weather of beating Barnsley midweek. Alioski, Struik, Poveda, Shackleton, Alioski, Hernandez (who Captained the side) and an unexpected return between the sticks for Casilla all lined up against a deflated Derby having just missed out on the play offs.

Casilla had spent the majority of the season in goal, so perhaps the gaffer thought it only fair for the former Real Madrid shot stopper to be part of the comradeship. Will Bielsa be criticised for playing Casilla after his racism charge, given the recent public outbursts across the World? Should Meslier we worried about his place in the team? No. News is filtering in, that Leeds have activated the agreement with FC Lorient to purchase the 20 year old on a three year deal for £6m.

Back to the game - After a goalless first half, Chris Martin broke the deadlock for the Rams, taking a cruel deflection from Ayling. This was the wake up call that Leeds needed. Captain Hernandez levelled things two minutes later, firing through a mass of players from 20 yards after good work from Povada.

Twenty minutes later, Bielsa's men were in front. Roberts carved open the Derby defence, finding Jamie Shackleton on the right hand side of the penalty area. The 20 year old calmly guided the ball around the scrambling Roos. The icing on the cake came six minutes from the end when Alioski's pin point cross was turned into his own net by on loan defender Matthew Clarke. This was Leeds 8th own goal of the season, four more than any other championship team!


I don't want to put the focus on me because all I said before. Obviously, I think this. I think everything linked with me, right now, it's not the moment to talk about this. It's a moment to say thanks to our players. To give this achievement to our supporters. Say thanks to the club and the authority for all they allow us to do. It really makes me happy. It's the fact I did it with this group of players across two years. More than the capacity of this experience. Promotion was the capacity of our players.


In many games against top teams we showed we don't have enough quality to get it home. We know we have a lot of work ahead of us towards next season to make sure - depending on the possibilities, of course, financially at the club - we get some new fresh blood and quality in to support the senior players, but also the youngsters.

Chilli D wrote: ↑Mon Jul 20, 2020 11:48 am Because we won without him? Strange comment 64.
We have won and lost with Klich playing and the same with Pablo playing so not sure what you point of reference is?
Care to elaborate your statement?

I did elaborate Chilli

andrewjohnsmith wrote: You're right, but I did have to look myself just to make sure

Glad you confirmed it [emoji6]

weasel wrote: ↑Mon Jul 20, 2020 10:18 am Bielsa showed with the way he transformed us into a team playing beautiful football that you can rebuild a team without having to rebuild a team. No excuses for managers who come out with the lines it will take time etc etc or I need a few new players etc etc.

Truth, And that's why I don't think we'll be going to heavy into the transfer market

You're right, but I did have to look myself just to make sure