Back in the autumn, there was a sense that Mason Greenwood was feeling the pressure at Manchester United. Their dismal Premier League campaign, in which Greenwood was making only fleeting appearances, meant that there was significant pressure on the side in the Europa League to ensure that results did not worsen against such lowly European opposition.

And yet, Greenwood coped. The youngster has shown maturity beyond his years as a Manchester United player, and he notched a vital winner in the club’s opening Europa League game against Astana in September, before scoring the crucial opener in an eventual 3-0 win over Partizan Belgrade later in the group stage campaign.

But even in those performances, it felt as if the young striker was still shackled somewhat – bound by the pressure mounting on Ole Gunnar Solskjaer’s side due to their inconsistent showings in the Premier League. The kind of carefree football that best suits a young striker cutting his teeth was rarely seen, with United often forced to merely grind out victories against lesser opponents.

Fast forward several months, and Solskjaer’s post-lockdown Manchester United are a completely different beast, with Greenwood reaping the rewards of their new-found attacking freedom. You only needed to witness the team’s 3-0 away win over Brighton recently to see United’s transformation, and to see Greenwood finally playing with the kind of flair and insouciance that befits his exceptional talents.

He registered a goal and an assist on the night, weaving through the Brighton defence to score a fine solo effort, which gave United the lead and set the tone for a comfortable victory. His assist for Bruno Fernandes’ second goal of the game was another moment of class. Having received Nemanja Matic’s laser-accurate through ball, Greenwood dinked the ball with supreme precision to the back post, where Fernandes was on hand to volley home and cap a fine performance and result. 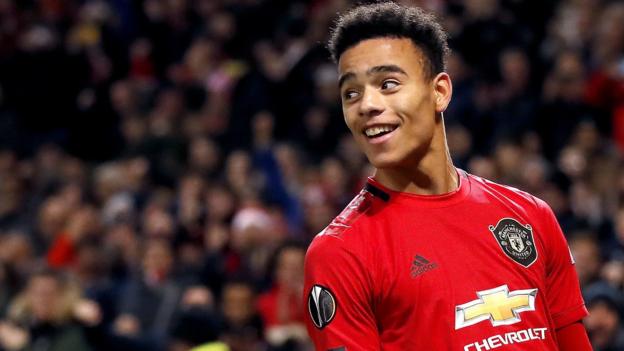 Indeed, it’s no surprise that United’s upturn in form both before and after lockdown has coincided with the arrival of Fernandes from Sporting Lisbon. The midfielder has given the team a new-found creative impetus in the middle of the pitch, and United look a far sleeker, meaner machine than prior to his signing. Five goals and three assists in just eight appearances speak of his impact on the team thus far, and although this current season once looked to be a lost cause for Solskjaer’s side, they are now well in with a shout of securing Champions League football for next season if you look at the Premier League odds.

Greenwood has been well placed to benefit from the presence of Fernandes in United’s midfield. The Portuguese international seems to have a calming effect on the team as a whole, and has proved himself instrumental in creating space for United’s forward players. The attacking trio of Greenwood, Anthony Martial and Marcus Rashford have enjoyed fine form since his arrival, and Greenwood’s performance against Brighton is proof that he has the ability to fulfil his potential.

Solskjaer was quick to wax lyrical about the teenager after the win over Brighton: “We know Mason Greenwood can score goals like this but he is getting stronger, lockdown helped him. He had time to fill out and you can see the benefit from it. He will be exciting to follow.”

The physical aspect of a young footballer’s development is not often touched upon, but it’s true that Greenwood looks stronger, faster and more assured within himself than he did at the start of the season. Perhaps this prolonged campaign will prove to be a blessing for the young striker, and with United hitting form at just the right time, it’s hard to imagine that there won’t be plenty more goals and fine performances from Greenwood before the season is out.
0 Comments