Lee Bowyer's relegation threatened Charlton are the visitors to Elland Road as the curtain finally falls on the 2019/20 season.

The Addicks sit one place above the drop zone. They share 48 points with Luton Town, but have a far superior goal difference. Never say die Barnsley have kept their slim chance of survival in tact by beating Nottingham Forest last weekend. Gerhard Strubers Tykes have 46 points. Not only would they need to beat Brentford in West London, but will have to rely on Leeds to beat Charlton and Blackburn to defeat the Hatters.

In the unlikely event that Charlton and Luton both win, Derby would need to beat Birmingham to give the Blues that sinking feeling! It is mathematically possible for Neil Warnock's Middlesbrough to join Hull in league 1, but Charlton, Luton and Birmingham would all need to win, and the Smoggo's would need to lose at Hillsborough.

Whilst Leeds will be parading the Championship trophy around Elland Road, West Brom, Brentford and Fulham will be fighting it out for the second automatic place. West Brom (along with Leeds) have occupied one of the top two automatic places since the start of the season. Would they have the character to recover in time for the play offs if Brentford were to topple them at the last minute?
If West Brom and Brentford lose, Fulham could steal the last automatic place, but they would have to overcome Wigan.


Thomas Frank's Brentford have been the in-form team in the Championship since the season restarted a month ago. They won their first seven games on the trot, before unexpectedly losing at Stoke. If the Baggies beat QPR, they're up; anything else, it will give the Bees an opportunity to join the top flight for the first time in their existence! Brentford (or West Brom), Fulham, Nottingham Forest and Cardiff make up the play offs. Swansea have an outside chance of stealing the last play off slot but would have to overcome Reading and relying on Hull to beat Cardiff.

Leeds will be without Gaetano Berardi who suffered an ACL tear in his knee during Sunday’s win over Derby County. Berardi now faces nine months on the sidelines without a club! Berardi is joined by Phillips, Costa and Forshaw.

Bielsa needs to choose between Meslier and Casilla between the sticks. The gaffer surprised everyone by dropping the Frenchman in favour of the former Real Madrid shot stopper. Will he do the same on Wednesday? Remember it was at the reverse fixture that the alleged racism incident happened. Although Jonathan Leko has returned to West Brom due to injury, it could raise more than a few eyebrows if the Spaniard starts

With Rooney at his feet..so that seems apposite 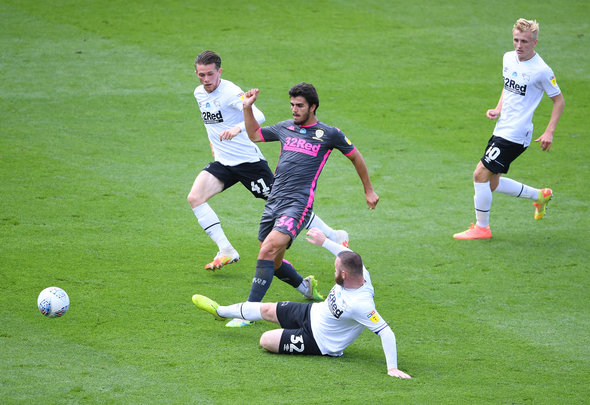 Think we need a Strike picture thread for the ladies..I can spell Struijk by way but I just like the commentator's use of Strike v Derby...Good nickname at the very least

There we go....thighs on display there. Bit risque I know 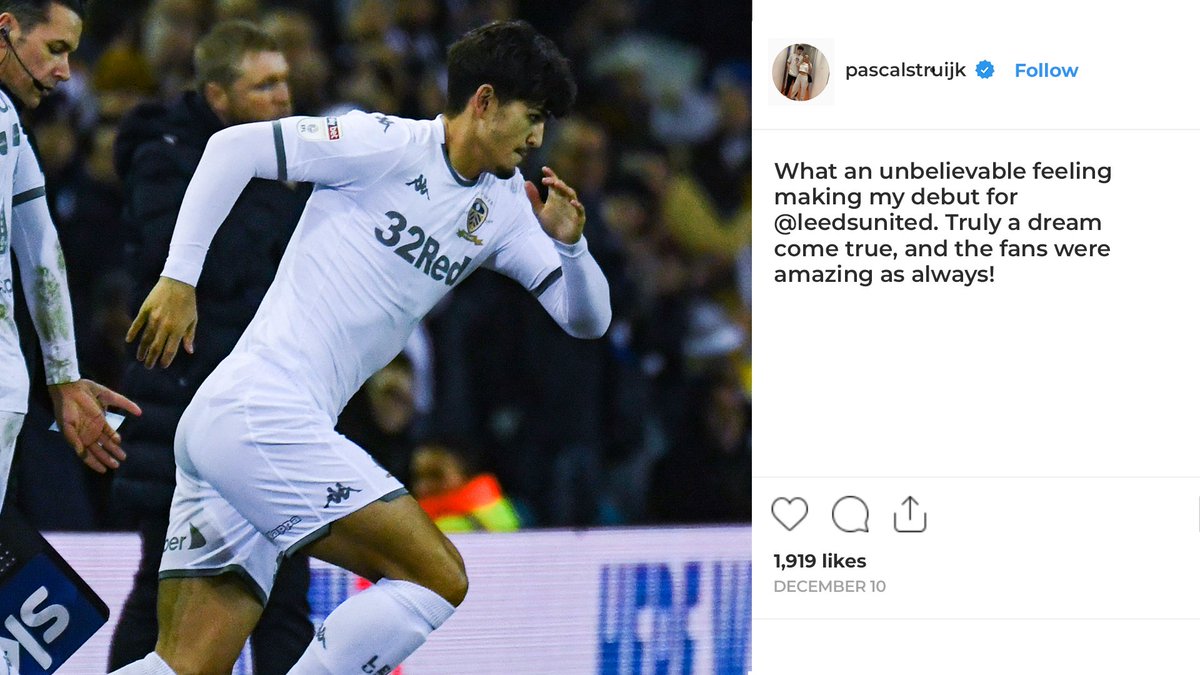 A lot of the players sh*t on the club still taking wages long after they left for example, bleeding the club dry. A lot of circumstances/bad luck also contributed. As mentioned Bowyer could have gone to Liverpool and we would have got £9m, DaCourt could have gone to Lazio for I think £16m (instead we got £1m from Roma). We probably had enough value in the playing staff to get us out of the debt but we just seemed to get fleeced by everyone either buying our players for a fraction of their worth and us paying huge percentages of players wages after they'd left the club.

Exactly. Both him and Kewell, but only Kewell gets sh*t for it.