Berardi faces nine months out without a club


Good Morning. It's Tuesday 21st July, and here are the latest headlines from Elland Road...


Berardi faces nine months out - without a club

Out of contract Gaetano Berardi faces nine long months on the sidelines after it was revealed that he tore his ACL in his knee. The 31 year old fell awkwardly during the first half of Sunday's 3-1 win at Pride Park and was stretchered off. The former Swiss International then had scans on Monday which confirmed the ACL tear in his knee.

Berardi has made 140 appearances for the Whites in the last six years, 25 of which were this season. The crowd favourite took a pay cut to join the Whites from Sampdoria! Although Berardi is out of contract, should Leeds do the right thing and look after him?

Argentine youngsters Thiago Almada and Nicolas Gonzalez are both believed to be on Bielsa's shortlist. Given Bielsa's South American background, it is not surprising that he is tapping into the Argentine market in search of talent.

Highly rated Almanda has been dubbed 'the new Messi' (We'll take either) having impressed in the Argentine Primera División for Vélez Sarsfield. The 19yo can play as a winger or midfielder. He has also caught the attention of Arsenal and Barcelona driving his price tag in excess of 20m.

Gonzales plays his domestic football with VfB Stuttgart. The 22yo forward has netted 16 times in 56 appearances for the German outfit. He has been capped three times at senior level.

It has also been reported that the Whites are keeping tabs on River Plate defender Lucas Martinez Quarta.
The 24 year old centre back has racked up over 100 appearances for the Buenos Aires outfit since bursting through their ranks. He has also contributed 9 goals and has been capped twice by Lionel Scaloni. Quarta is possibly seen as a replacement for Ben White! 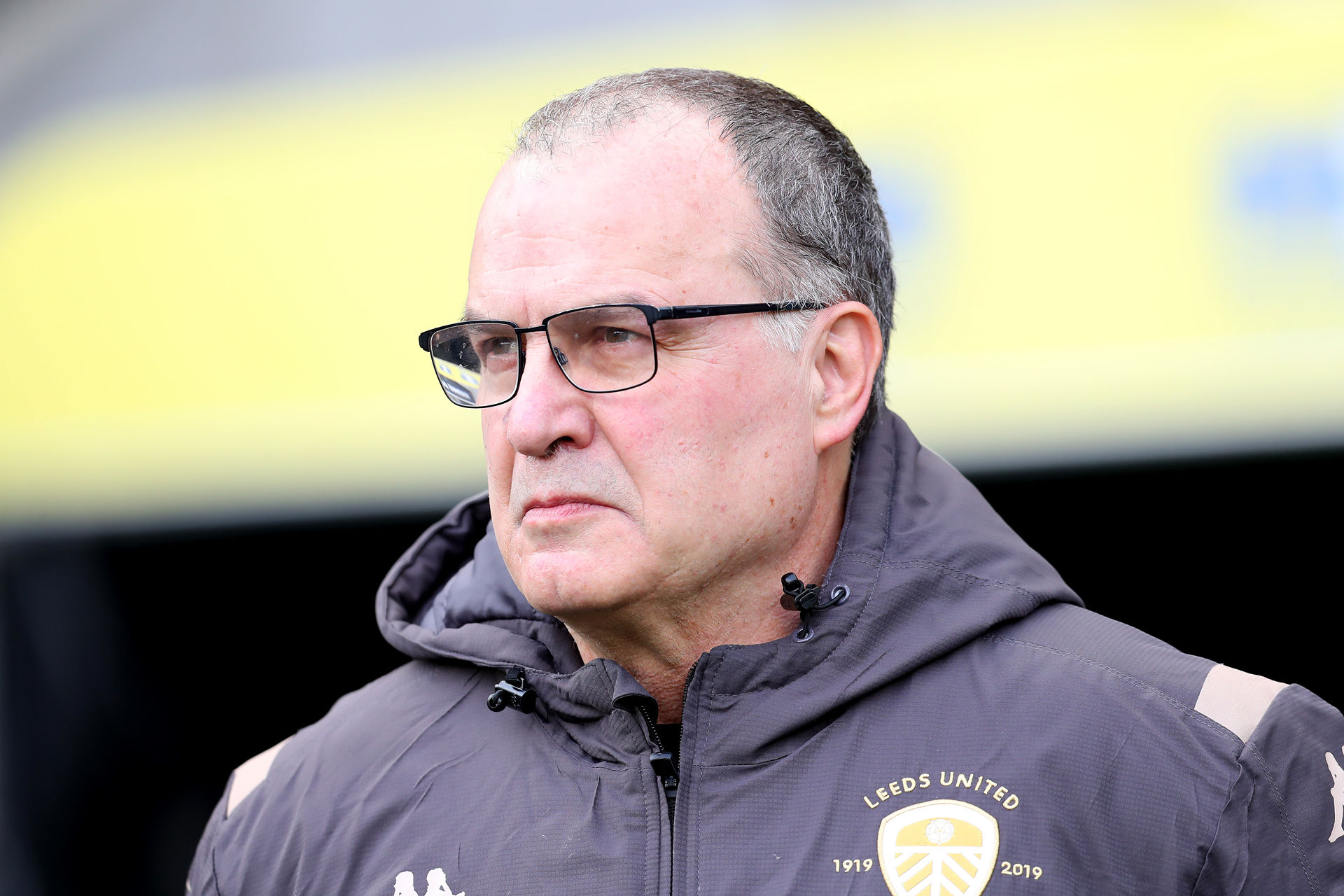 Leeds are looking to strike early in the transfer market, identifying highly rated forward Joe Gelhardt as a main target. The 18 year old has burst into Wigan's first team this season capturing the attention of a host of Premiership teams desperate to sign the England U18 ace.

According to Sun journalist Alam Nixon, Leeds have pushed their way to the front of the queue by meeting with the youngster face to face yesterday! Due to Wigan's present financial plight they have no option but to sell their best players having gone into administration last month. weasel wrote: ↑
Tue Jul 21, 2020 3:16 pm
Kamara actually stayed with us for our first season back in Division 1, as it was called then. He was a squad player but useful back up to the midfield 4. He left in the November (91) of our title win. Berardi could easily have been used in the same way as someone who could fill in anywhere across the back 4 - better to have 1 versatile player as back up than having 4 backups with 4 wages.

Beg your pardon, you're absolutely right. If Berardi is happy being a backup or fringe player then that would seem to be an ideal solution. I just hope he's not needed within the first half of the season, given our experience in unlucky injury spells.

It's worth noting that I personally believe he will be kept on. I think our upper echelons have shown a good balance in pragmatism and idealism so far, and suspect what you describe will probably end up being the case. At least we certainly can't ever question Berra's commitment whatever the case may be.

I do feel very sorry for Berardi it’s a rotten thing to have happened and just what he didn’t want as his Contract had run out but I’ll trust the club on this one.

Sheffield Wednesday and Wigan not to have a points deduction this year, well what a surprise! If it had been Leeds we’d have had a points deduction this season, enough to take us down to league one, and a 15 point deduction next season for good measure. Yes I am a paranoid conspiracy theorist - goes with the territory when you’ve been supporting this club for nigh on 55 years. And what about Derby am I missing something?

Would be good to get a couple of top class Argies in but I wouldn’t want too many as they would need to integrate with their fellow team members. If too many come in at once there would be less chance of integrating with the other players and less chance of them developing a proper affinity for the club ala the Italian sick note six.

mothbanquet wrote: ↑
Tue Jul 21, 2020 3:01 pm
We didn't retain Vinnie Jones or Chris Kamara after our last promotion simply because Wilko did not require them at the next level. He had a very particular plan and didn't keep players around who didn't fit that plan for sentiment's sake. Berardi is longer-serving than both of those players but that doesn't change this fact.

Kamara actually stayed with us for our first season back in Division 1, as it was called then. He was a squad player but useful back up to the midfield 4. He left in the November (91) of our title win. Berardi could easily have been used in the same way as someone who could fill in anywhere across the back 4 - better to have 1 versatile player as back up than having 4 backups with 4 wages.

Pretty much sums it up and it truly pains me to say it. I'm not sure if his wages would be better spent elsewhere and even were he not injured, I would question his ability to compete in the Premier League. I think if we can keep hold of White or get CB of equivalent quality, Cooper will have the reliable partner he needs to do his job in the Prem. I do not have the same confidence in Berardi.

I'm not sure if there is any compensation that is made to footballers of this level getting injured on the job just before their contract runs out but we can't afford to do things because they're the right thing to do. We didn't retain Vinnie Jones or Chris Kamara after our last promotion simply because Wilko did not require them at the next level. He had a very particular plan and didn't keep players around who didn't fit that plan for sentiment's sake. Berardi is longer-serving than both of those players but that doesn't change this fact.

I will say that there's a lot of information we're missing and I'll back the club whatever they decide to do in this case. It's a wretched decision to have to make and I'm glad I'm not the one making it.

Regarding the new blood, I'm very pleased to see us getting right on with transfer business. It's going to be awesome seeing Bielsa's tactics employed with a new class of footballer and I'm excited as hell for next season as it stands.

Horrible news about Berra. He is the sort of player that Leeds fans love. I am sure that the club will look after him. He and his wife wanted to have a child, and his wife wanted to return to Italy to have it. He wanted a go at the PL with Leeds so agreed with his wife to hang on until our fate was known. He would have signed a new contract with us this week. So this news must be devastating for him, as he could have said that he didn't want to play in a nothing match. Really sad.