Marcelo Bielsa has beaten off competition from Slaven Bilic, Paul Cook and Thomas Frank to win this seasons LMA Championship Manager of the Year award in recognition of him leading Leeds United back to the Premier League as Football League Champions. He was pipped to the LMA Manager of the Year award by Jurgen Klopp who delivered Liverpool their first league title for thirty years. Speaking from his flat in Wetherby, Bielsa first apologised for not speaking in English before thanking everyone who was involved in Leeds United’s success this year with typical unselfishness. His key sentiment was perhaps "coaches are always the product of the players that we get to coach", whilst Marcelo Bielsa has rejuvenated Leeds United, it's nice to think that Leeds has become part of him and his philospohy too.

Good evening. First of all, I wish to apologise for not delivering this message in English and for doing so in my own language. Secondly, I'd like to say thank you for this award. It's of special importance to me because votes were cast by the coaches in the league that Leeds have won. The fact that my colleagues have decided to single out my contribution means so much to me. Awards are usually recognition of success achieved by a particular team and in this case, it's recognition of the title that Leeds have won.

I know perfectly well how much help I've received along the path towards this achievement. I'd like to thank the club and the authorities who hired me and gave me the work in English football, the fans for their support, contribution and the love they have shown towards me, every member of staff who has worked alongside the players this year. In this regard, there are many unnamed people who perform key roles in the work that we do with the players on a daily basis.

Finally, the biggest thank you is to the players themselves, because they're the ones doing the most difficult job in football, which is playing, competing and, in this case, clinching success. Coaches are always the product of the players that we get to coach and I'd like to stress how grateful I am to them. I'd also like to thank the body in charge of the awards. Thank you very much, everyone, it's been a pleasure speaking to you.


Whilst Leeds fans would have been hoping for a "see you next season", the fact that Bielsa is still in Wetherby and has been spotted looking through reams of paperwork in the local Costa there are signs his journey with Leeds may not yet be over. 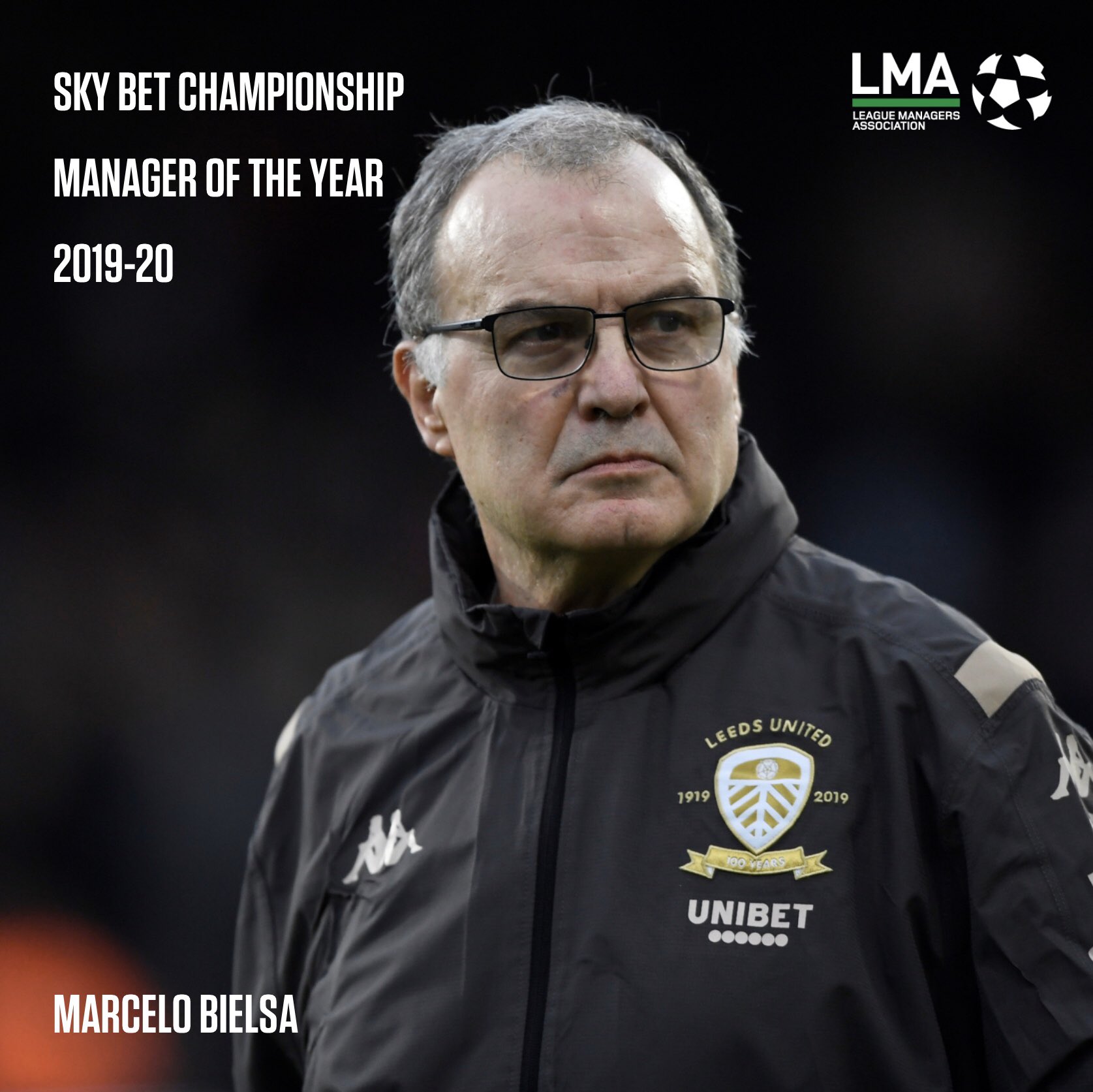 Marcelo says that “coaches are always the product of the players we get to coach” which is probably true in most cases. Ironically an exception, I believe, would be his own case at Leeds United where he has turned a mid-table group of players into the very best team in the league, playing consistently good, often brilliant, sometimes scintillating football.

An accolade well deserved and, hopefully, just one of many to come

Never in doubt. The impact this man has had on our club really is mindblowing