Should we be concerned by Leeds spending?


Good Morning. It's Monday 31st August, and here are the latest headlines from Elland Road...

Leeds have smashed their transfer record by bringing Spanish International Rodrigo to Elland Road for a club record of £27m with add ons which will reach over £30m. The former record was created almost two decades ago when Rio Ferdinand joined the Whites from West Ham.

The £18m sale was not only a club record at the time, but made him the most expensive defender in he World. Valencia finally agreed the deal to bring the Spanish superstar to Elland Road for a fee of 27m.Spanish International striker Rodrigo 29, put pen to paper over the weekend, earning the former Benfica and Real Madrid hitman a four year deal and a £100,000 a week!

The ink was barely dry on Leeds record breaking capture of Spanish striker Rodrigo, when they decided to splash out a further 13m on German International Robin Koch. The 24yo centre back played 82 times for Freiburg, netting four times since his 2.7m transfer from Kaiserslautern in the Summer of 2017. He can also play as a defensive midfielder. Standing at 6ft 4' Koch offers some much needed height in the Leeds Utd ranks. Just like Rodrigo, Koch has also signed for four years. 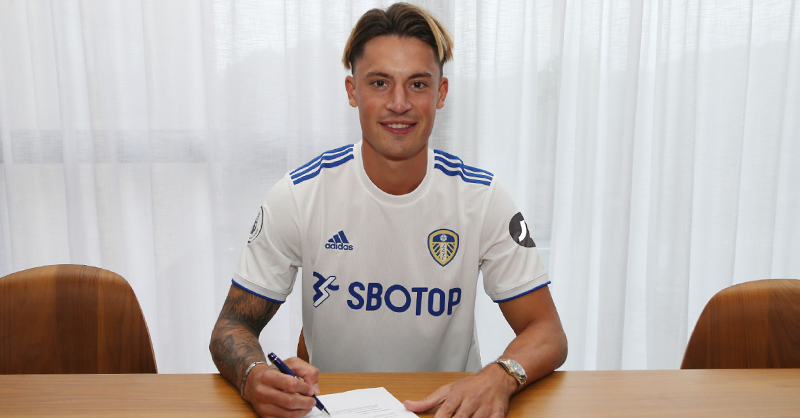 Bielsa 'warming to the idea' of second centre back

Leeds United are in talks with Dinamo Zagreb to sign Croatian teen sensation Josko Gvardiol. The 18 year old emerged from Dinamo Zagreb’s academy last season, and has not looked back. During his breakthrough season, the 6ft 1' central defender has already caught the eye of most of Europe's elite, earning himself a price tag just under £18m.

Those of you that thought Leeds were only in the market to sign one centre back this Summer, you were right - until last weekend! Phil Hay revealed not only were Leeds far from finished in the transfer market, but Bilsa was warming to the idea about signing a second centre back! Is it risky splashing out almost 20m on a 18 year old?

Another central defender on Bielsa's radar is Manchester United's Axel Tuanzebe. The highly regarded 22 year old is believed to be available on loan. Having impressed for England at youth level, and whilst on loan at Villa during their promotion season, the youngster has a bright future, but where does Bielsa see him?

Are Leeds about to smash their transfer record twice in a week?

According to the Telegraph, Leeds are in talks with Udinese to sign Argentine International Midfielder Rodrigo De Paul. The versaille 26 year old can play as a Number 10, winger or false number nine. Due to the length of his contract, the Whites would need to stump up £30m for his services! The former Valencia man signed for Udinese in 2016, scoring 25 times and being credited with 25 assists in 146 appearances in all competitions

Whilst Ryan Kent gave another man of the match performance on the pitch against Hamilton, most Leeds fans will be talking about his post match interview after the game! The 23 year old was asked where his future was going to take him, and replied “I’ll continue to give my best for Rangers. Where my future takes me, I’m not sure but as long as I’ve got a Rangers shirt on, I’ll give my best.

Does that sound like someone who is 100 percent committed to the Ranger cause? 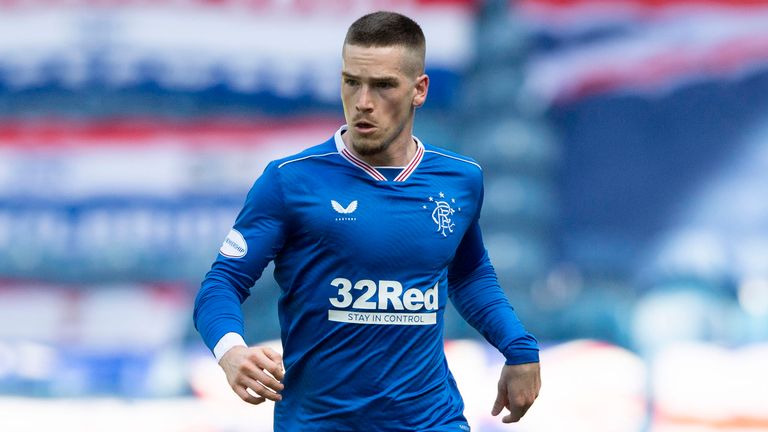 It would be a concern if we were playing whack a mole with these signings. But Koch was monitored for over a year, De Paul would walk into our team and instantly improve us. I have a feeling Rodrigo kind of just was an opportunity there and then and we took it. Rodrigo is also taking a step down to join us and you could arguably say the same about the other two.

That said, just because we have money, it doesn't mean we have to spend it all. I'd like to see a rainy day fund £20-30m, just in case anything happens and that money will be in the bank.

Comparisons to Ridsdale are so off. He took out loans to buy players with income that wasn't guaranteed. We're spending money we are guaranteed through TV, you get £94m for finishing bottom. Anyway Ridsdale had to finish top 3/4, whereas we only have to finish 17th to avoid any financial worries.

I think with these signings, Bielsa and our style of play, we should stay up comfortably imo.

Due to his previous profligacy Ridsdale ended up being trapped in a vicious circle, having to qualify for Europe just to keep the wolf from the door. He was forced into gambling, with money he didn’t have, on distinctly average players like Robbie Fowler (way passed his best and not needed at the time anyway), Seth Johnson (massively overrated) etc. at vastly inflated prices and wages

Whilst we are splashing the cash now, because we’re in the Premier League, it is with money we have (or will have) in the bank. And hopefully Rodrigo, Koch, De Paul etc will prove to be a lot better than distinctly average players.

You're not the only one.

I actually felt that Ridsdale was a visionary who foresaw the current hegemony of the top European clubs due to the vast CL income. He realsied we had a great chance to join that group before it really got going. He gambled...........and yeah it was O Leary who lost it.

At least Ridsdale owned up to his mistakes, and he had the best intentions at all times.

If there was one player we should not have got rid of, its Gary Mc.

Wheels are in motion.

You're not the only one.

I actually felt that Ridsdale was a visionary who foresaw the current hegemony of the top European clubs due to the vast CL income. He realsied we had a great chance to join that group before it really got going. He gambled...........and yeah it was O Leary who lost it.

Welcome to the board Capidistria

Very interesting user name you have!