Rodrigo De Paul keen to join Leeds, but is Bielsa?


Good Morning. It's Friday 11th September, and here re the latest headlines from Elland Road...

Speaking on his weekly podcast, Leeds Utd mogul Phil Hay revealed that Rodrigo De Paul is keen on a move to Elland Road, and if Leeds really wanted to secure the move, they could make it happen.

Udinese want £36.9m (€40m) for De Paul with Gazzetta dello Sport saying this was a take it or leave it valuation. These were fairly quickly unliked but not before they’d caught the attention of many Leeds fans. The Athletic journalist said...

He [Rodrigo De Paul] is keen, there is no doubt about that and Leeds from their part are very keen as well.

But it’s interesting because Leeds haven’t really moved hard to get anything else done since Rodrigo and Koch were done that weekend and £40m went out.

Any other transfers and signings will rely very heavily on what Bielsa feels he needs. He doesn’t feel like he needs surplus players. It would be hard to describe De Paul as a surplus player, he looks like a terrific signing. Leeds could do it financially.

“If Leeds decide to go for it properly, my gut feeling is that yes he will [join Leeds].


How could anyone see De Paul as a surplus player. We don't however want to sign a player who Bielsa won't give any game time to!

Marcelo Bielsa marked his first ever Premiership Press Conference, to reveal what every Leeds fan had been waiting to hear for weeks - that he was going to sign a new deal with the club. The 65 year old will put pen to paper over a one year deal worth £6 million. It is believed that he will pay his back room staff and coaches out of this money.

The Argentine's attention to detail in the terms of his contract has been the primary reason why it has taken seven weeks to finalise since the end of last season. Speaking at the Press conference, Bielsa said...

I will be working next season with Leeds United. Everything has been sorted and it’s definite that I will be here next season.

Like in every negotiation, nothing is done until it’s actually done. There’s nothing of importance. I’ve been working 100 percent since the promotion celebrations were finished. 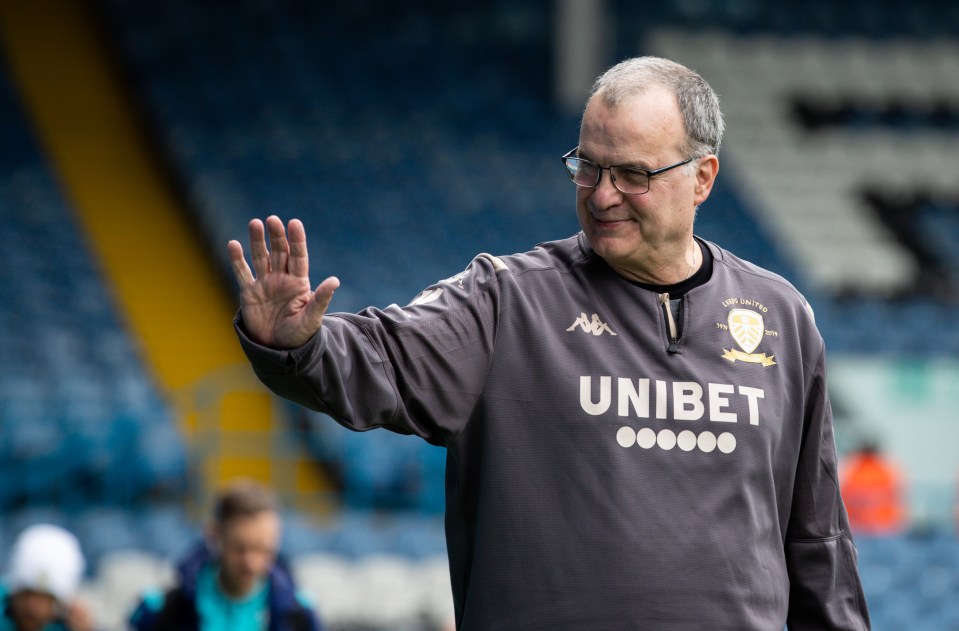 Leeds and Brighton are locked in a tug of war to bring Jordan Lakaku, younger brother of Inter Milan's striker Romelu, to the Premiership. One of Andrea Radrizzani’s closest aides had asked Lazio about the availability of the attacking full-back some weeks ago. It is believed that a €5 million (£4.6m) bid would secure the services of the Belgium International!

Lakaku has 66 appearances to his name over the last four years. To keep his International dream alive, he needs to be playing first team football.

I think this is it exactly. We've got a few weeks left yet and only one position really to fill with any (and not much in the grand scheme of things) sense of urgency. De Paul would be great but he's not the only option out there and as you say, new opportunities will likely present themselves.

We can afford to be patient after the good business we've done so far.

Maybe just playing it cool in the transfer market right now. We all got an adrenaline rush after signing Rodrigo and Koch. They're the signings of a club with big ambitions and every selling club probably caught that vibe and upped their prices.

Covid and no crowds is probably going to run a lot of clubs into financial trouble. If we hold out for a couple more weeks we might pick up some bargain buys. Buys that make 40 million for De Paul look ludicrous.

We haven't improved the midfield area so get him signed up swiftly, the season is almost upon us

A massive upgrade, and he can play no 10 role too.

I did hear from one of the journo's that De Paul was never Bielsa's choice, it was Radz