Leeds are back in the big time


Good Morning. It's Monday 14th September, and here are the latest headlines from Elland Road...


Leeds are back, with a vengeance

After 16 years in the wilderness Leeds arrived back in the big time as they went head to head against arguably the best team in the Country. Bielsa had to shuffle his pack at the back as Captain Liam Cooper sustained a calf injury on International duty days before the trip to Anfield. This meant throwing new signing, German International Koch and Dutch teenager rookie dender Pascal Struijk collected just his third Leeds Utd start, and only his sixth overall during his short Elland Road career. It would be fair to say that throwing two players together for the very first time wouldn't be ideal, let alone at Anfield.

You'd have been forgiven, if after the first five minutes, that it was going to be a very long game!. Mo Salah's shot from the edge of the box struck Koch on the leg, then bounced up striking the German on his arm. Even though replays show that there was absolutely nothing Koch could do, the referee had no hesitation in pointing to the spot. Salah made no mistake from 12 yards. To everyone's shock Leeds were level eight minutes later. Phillips long pass found Harrison on the wing.. After a sublime first touch, the on loan Citeh ace beat two defenders before lashing the ball home from twenty yards. The Reds retook the lead on 20 minutes as Leeds defence showed further signs of frailties.

Van Dijk was unmarked at the near post following an inswinging corner His bullet header has gave Meslier no chance. Hero turned villain with 15 minutes of the first half still to go, Van Dijk took a heavy touch on the edge of his box, and there was Bamford to guide the ball between defender and keeper into the back of an empty net. No sooner had the Whites drawn level than Salah had the ball in the net for a second time. A poor clearance gave the Egyptian International too much time. His drilled shot nesling in the back of the net have ricochet off the bar.

To everyone's amazement Leeds were able to keep both their composure and discipline in the second half and with two thirds of the game spend, they once again drew level. Costa's pin point pass found Klich in space in the box. His touch lifted the ball in front of him, and the Polish International volleyed the ball past the helpless keeper. It looked increasingly likely that both sets of players and fans that the game was heading for a respectable 3-3 draw until the 89th minute. A clumsy tackle in the penalty area from new bot Rodrigo gave Salah his hat trick and Liverpool all three points!

If Harrison can play like he did on Saturday week in, week out, do we needs another winger? How much did we miss Cooper? Would the scoreline have been different? Can Hermadez make the step up at his age? Is Meslier to blame for any of the goals? Is he too lightweight for the Prem?

Leeds United are in the hunt to sign Dijon forward Mounir Chouiar, according to L’Equipe. The French newspaper claims that Arsenal and Wolves are also interested in the 21-year-old attacker!
Apparently he's absolute mustard!!! 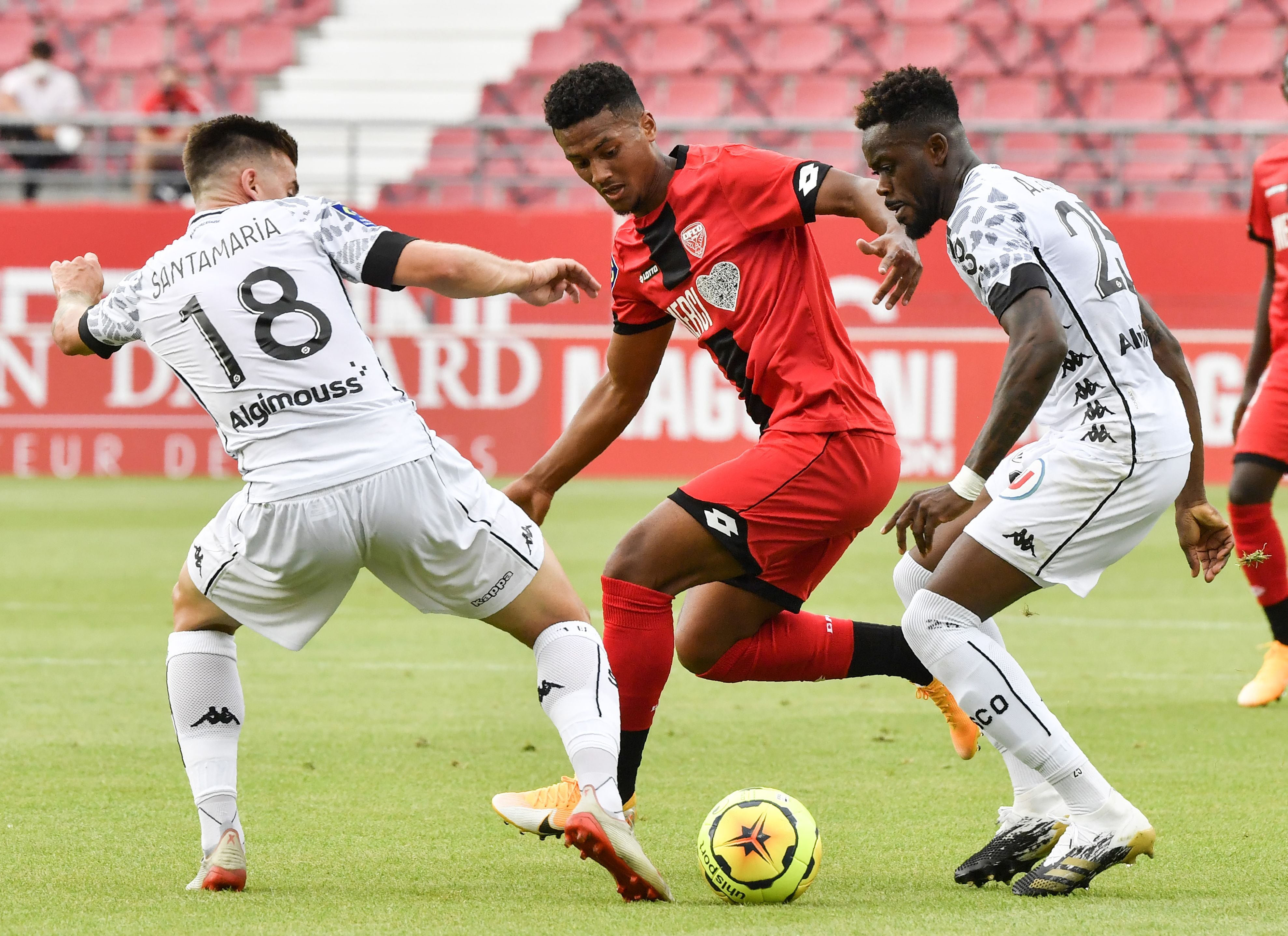 Yorkshire clubs fight it out over Gotts

Sun reporter Alan Nixon is reporting that Hull City and Huddersfield Town are fighting it out to take Robbie Gotts for a season loan.

Jordan Stevens, we’re very close to. I think we’ve more or less done it. Leeds have got an issue in terms of releasing him at the moment because they’re trying to get someone in. And Marcelo Bielsa doesn’t let players out very easily. He is the head of Leeds, and only his say so will release players. We’ve been after him for six or seven weeks. He will join us on the 21st September. 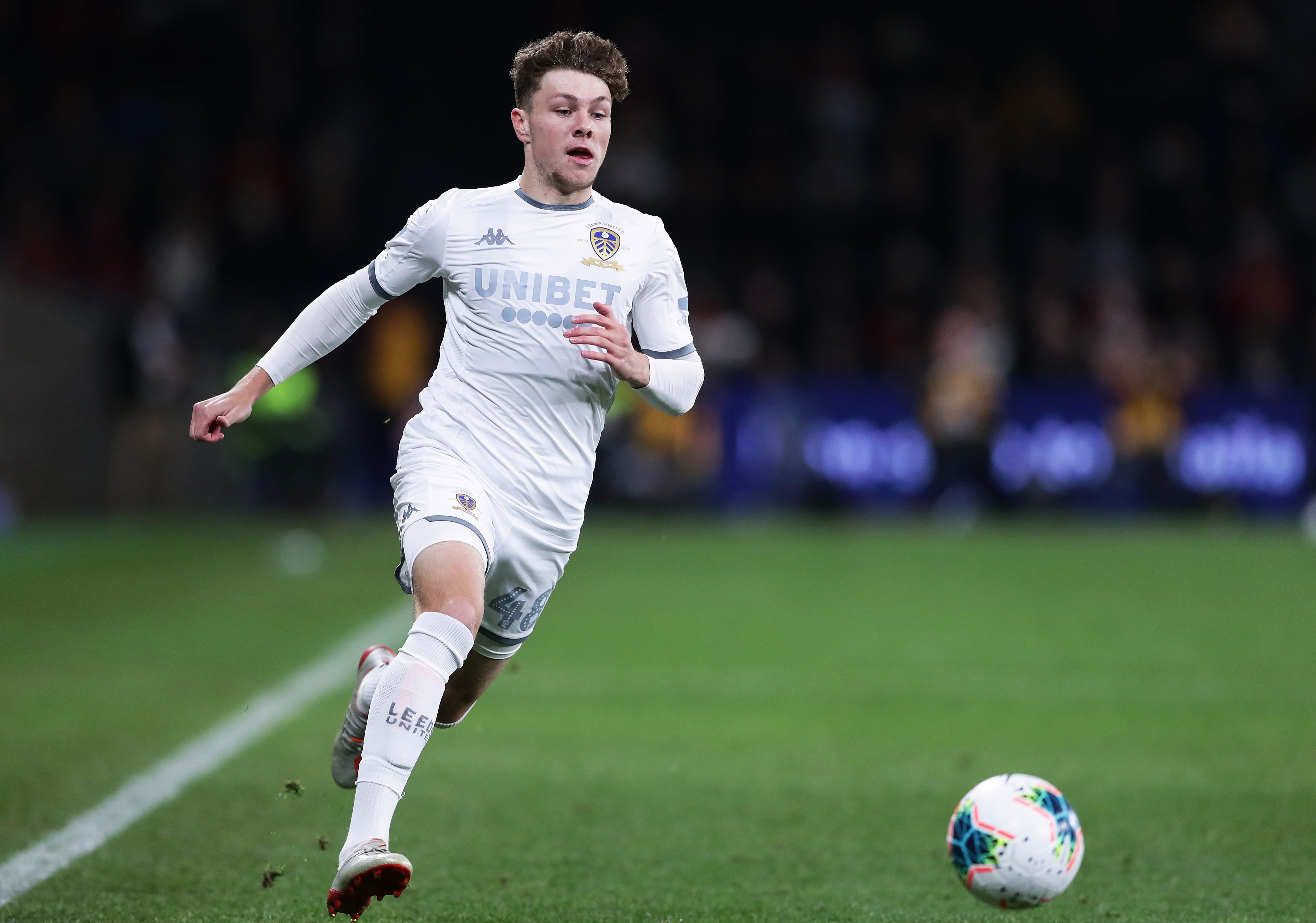 Ellandback1 wrote: ↑Mon Sep 14, 2020 8:10 am Hull City and Huddersfield Town are fighting it out to take Robbie Gotts for a season loan

Jordan Stevens will sign for Swindon on loan his week.


Glad to see both going out for some game time. High hopes for both. I think Gotts could do an occasional job in the premier league but he's not going to get enough game time. A season in the championship should see him back in the first team next year. As for Stevens, I'm just disappointed that it's lowly Swindon. Seems a far cry from the premier and a far cry from Yorkshire. It probably puts him 2 or 3 years away from being a Leeds player, if at all.

He's 21. But I thought he looked class at the back. Bielsa has been using him in the KP role but it showed that he's also a natural at center back. He's big, which helps. But he's also very Dutch in that he's calm on the ball and can ping out those long passes. I wouldn't be disappointed if we didn't sign another defender.

Dallas did okay, he got skinned a few times but he was against worldly opposition.

Meslier should have done better with goal number two but he was okay otherwise.

The importance of trying to find a replacement for Pablo was magnified.

Struijk did well considering who he was up against.

We need to work at defending set pieces.

We were better with Bamford.

We have shown we can compete with anyone

Absolutely the right thing for Gotts and Stevens to go out on loan and hopefully have a whole season of first team football.
Then we'll know if they're going to make the grade with us.

Wasn't to be unfortunately!

No it wasn't but talking of getting something out of the game, well we took plenty away from it and a massive chunk of it was all positive. I don't think the result would've been any different personally with Cooper. I really don't want to mention White anymore. He is not our player, never was and thinking what if's with him in the side is somewhat pointless now. He is gone, good luck to him but both parties have moved on. I thought Strujik performed admirably given his absolute limited experience and he seemed to pop up when it mattered as the game went on against one of the most formidable forward lines in the world. Really impressed with how he settled into the game and his star can only rise under Bielsa. Koch did OK, again under the circumstances.

I wonder if Gotts and Stevens are going out on loan to be “put in the shop window” to try and attract a sale. Both they, and McCalmont for that matter, have been on the fringes for so long without being quite able to break through like Shackleton and Struik have done. There have also been a lot of new faces brought into to the under 23s recently, who might have jumped above them in the pecking order. Shame if that’s the case, but no room for sentiment, I suppose, at this level.