I’m not going to lie, I find international weeks fairly dull, especially over the last decade when it was quite rare for any Leeds United players to be involved in top level competition. But it’s all change now as Leeds can name a near full eleven of international players. Wednesday night saw Spain take on Portugal, with the still slightly surreal sight of Leeds United’s very own Rodrigo wearing the number nineteen shirt of La Roja. If that was surreal, Leeds fans will have been pinching themselves as Ronaldo broke into the Spain box, only to be dispossessed by Leeds United’s newest defensive recruit, Diego Llorente.

Over in Cologne, Die Mannschaft were taking on Turkey with Robin Koch making his fourth appearance in Germany’s defence. We’ll forget the fact that Turkey scored three goals, Germany are sure to be a better bet with Unibet sign up offers on uni-bonus-code.co.uk against Ukraine on Saturday. But Koch had a generally good game, as one German Twitter account said “Robin Koch is only making his 4th international game, but plays as if it were his 40th outing.” Koch has had a great start to his Leeds United career, looking assured in defence and composed bringing the ball out, and it looks as though he could have a long international career ahead of him in one of the best teams in the world.

On Thursday night England will take on Wales in an international friendly, it could be a great opportunity for Kalvin Phillips to win his second international cap having been called up to the squad yet again. Phillips played well in his first England game, one of the most effective players on the pitch, despite the odd formation employed by Gareth Southgate. It would be nice to see him used in his more recognised lone defensive midfield role with the likes of Jack Grealish playing in a more advanced role following his impressive performance against Liverpool on Sunday. 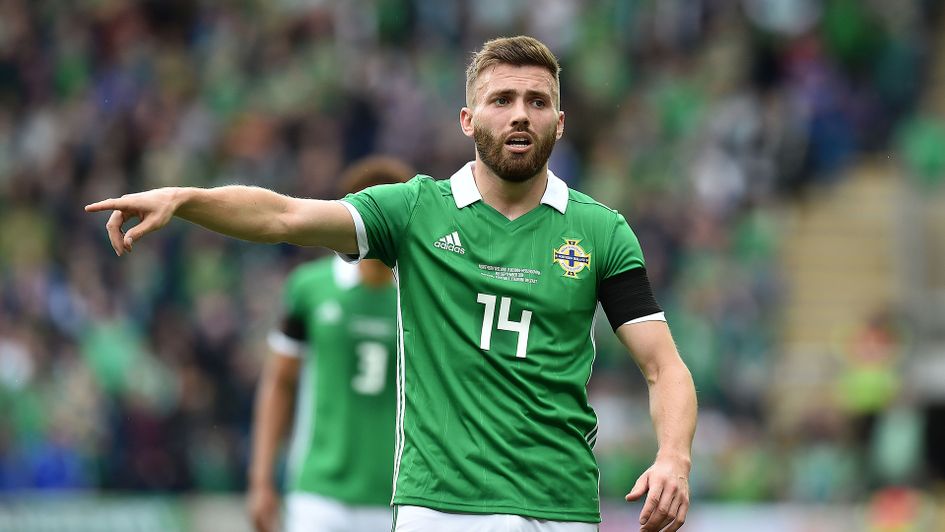 Northern Ireland will take on Bosnia and Herzegovina with Stuart Dallas sure to feature, but that’s not even the most impressive thing about his week. On Tuesday Dallas was handed the Northern Ireland Football Writer’s Award for International Personality of the Year. The Leeds United star impressed in the green jersey during the early part of the 2019/20 season and has demonstrated the same kind of versatility he shows for Leeds United on the international scene, on one occasion playing four different positions in one game.

Mateusz Klich was a 72nd minute substitute on Wednesday night as Poland thrashed Finland 5-1 whilst Ezgjan Alioski is likely to play on the left wing for North Macedonia in Thursday night when they take on Kosovo. Liam Cooper will also complete a trio of Leeds United defensive internationals as Scotland face Israel.
0 Comments