Good Morning. It's Monday 12th October, and here are the latest headlines from Elland Road...

Leeds face a defensive injury crisis following two of their stars having to pull out of their Countries remaining Nations League fixtures. Leeds Captain Liam Cooper was omitted from Sunday nights Nations League clash with Slovakia after picking up a knock in training. He will also miss Wednesday's tie against the Czech Republic. Scotland boss Steve Clarke said;

Unfortunately, Liam Cooper has picked up an injury and he will be out for the next two games.


Fellow centre-back Diego Llorente also picked up an injury whilst on international duty with Spain. Llorente suffered a muscular injury and therefore withdrew from the squad ahead of Tuesday’s game against Ukraine. Fortunately, it seems both injuries are minor, but should expect Robin Koch - Struijk partnership at the heart of Leeds defence when they entertain Wolves a week today.

EFL chairman Rick Parry has been publicly condemned after he backed a shake-up of English football which the Premier League describe as 'a hostile takeover'. Liverpool’s owners, The Fenway Sports Group are believed to have put together a plan, aimed at giving bigger clubs more power over what happens in the English game, reduce the Premier League to 18 clubs and overhaul the League Cup. The Community Shield would be scrapped in exchange for a £250m bail out for the EFL.

Unfortunately, the Premier League see the move as a hostile takeover and have criticised EFL chairman Parry publicly saying the proposal could “have a damaging impact on the whole game”. The Premier League statement said;

In the Premier League’s view, a number of the individual proposals in the plan published today could have a damaging impact on the whole game and we are disappointed to see that Rick Parry, Chair of the EFL, has given his on-the-record support.


A spokesman for the Department for Digital, Media, Culture and Sport said;

We are surprised and disappointed that at a time of crisis when we have urged the top tiers of professional football to come together and finalise a deal to help lower league clubs there appear to be backroom deals being cooked up that would create a closed shop at the very top of the game.

Sustainability, integrity and fair competition are absolutely paramount and anything that may undermine them is deeply troubling. Fans must be front of all our minds, and this shows why our fan led review of football governance will be so critical.

The Premier League could have come up with proposals at any stage. They could have sold the short term issue of our rescue funding a lot quicker. For whatever reason, they haven't. So we are where we are. But this is actually about coming out with a bold plan for the future. And if that doesn't please everybody, frankly, so be it. But, you know, am I ashamed but backing what I consider to be a hugely bold plan? No, I'm not.

From the EFL point of view, it can't happen quickly enough. I think you'll find that our clubs will be absolutely motivated to try and get things moving. Bringing about change is never easy. It's rarely quick, but we are absolutely going to give it our very best shot. The story is it's two of our great clubs. Showing leadership when it's needed. Exercising great responsibility. And from the EFL point of view, of course, it's providing long term hope.

It's making our club sustainable. It's bridging the gap between the top of the championship, the bottom and the Premier League.

Norwich and England U21 International Todd Cantwell is expected to join Leeds before the 5pm deadline this Friday. The 22-year-old playmaker has been left out of the Canaries’ last two Championship matches against Bournemouth and Derby due to a lack of focus according to head coach Daniel Farke.

Are Leeds prepared to splash out £20m for what many consider, a player for the future. Remember, we came close to losing Kalvin Phillips to Villa for 30m. If it wasn't for Orta, the England midfielder may now be playing in claret and blue! Do you think Cantwell is two thirds the player Phillips was last season when he was in the Championship? 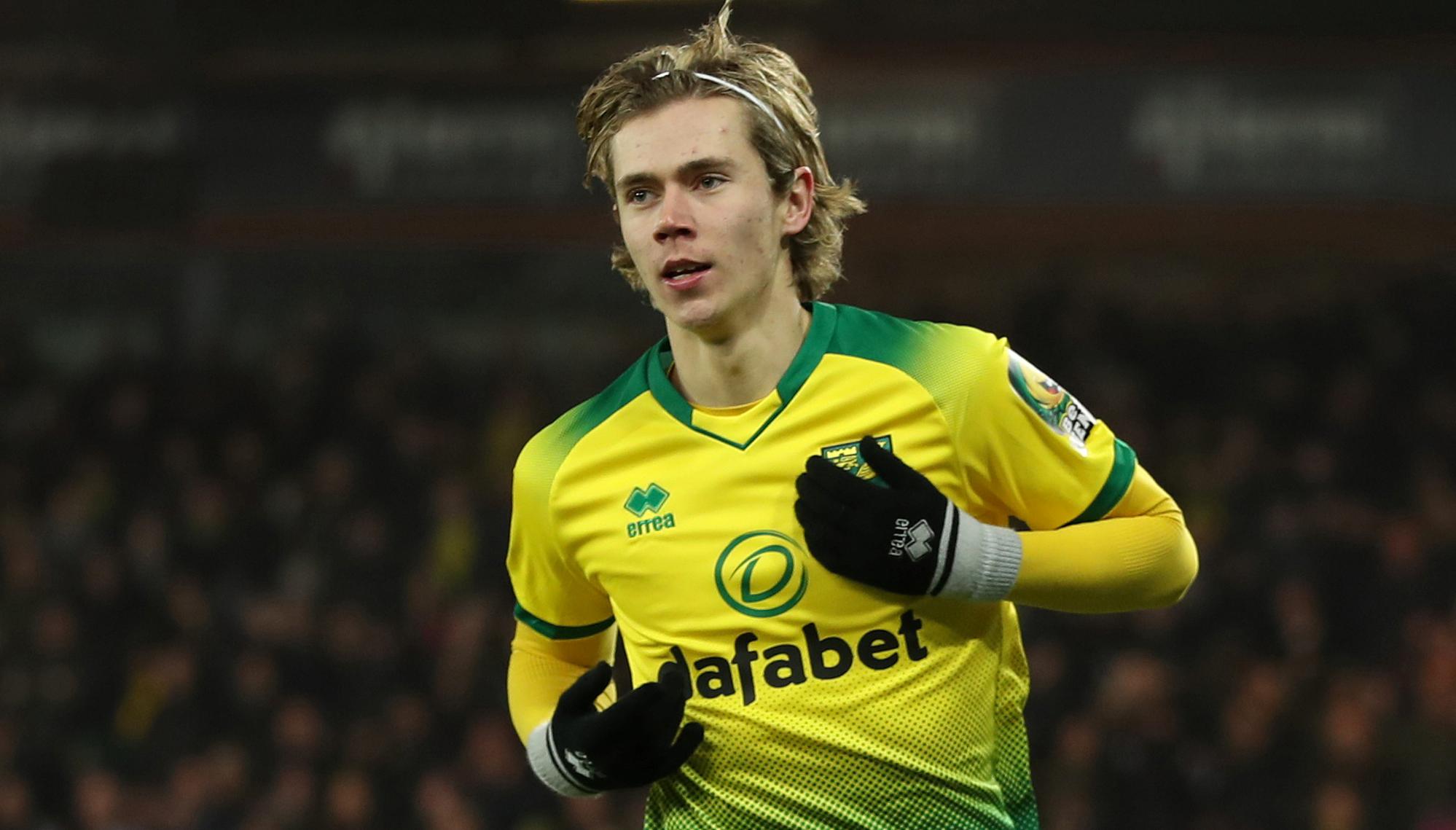 1964white wrote: ↑Mon Oct 12, 2020 3:29 pm Majority of football fans I know rate Cantwell, believe me people make judgements without watching players a few times. Norfolk White has the best angle on young Todd as he often watches Norwich at Carrow Road, his opinion suggested Cantwell's value is between £12m to £14m so he must be a decent footballer.

I think you are missing my point mate... I have never said he is not a decent player, without question he is... my opinion is that I do not think he will fit our style, I think he will struggle with the training regime, however if Bielsa wants him, as I said you would hear no more opinions from me, I am far from qualified to question the gods opinion or decision...

Smudge3920 wrote: ↑Mon Oct 12, 2020 2:31 pm Sorry mate, but that is a terrible comment to make, it sounds as if opnions other than your own do not count!... I have watched Cantwell now for a couple of years... Last year he stood out, but lets face it , it was not a stand out team as a whole, so not to difficult for one player to stand out. The lad has talent, no doubt. But I stand by my opinion... But if Bielsa wants him, you will hear no gripe from me.

Majority of football fans I know rate Cantwell, believe me people make judgements without watching players a few times. Norfolk White has the best angle on young Todd as he often watches Norwich at Carrow Road, his opinion suggested Cantwell's value is between £12m to £14m so he must be a decent footballer.

1964white wrote: ↑Mon Oct 12, 2020 9:32 am Cantwell is a excellent player & would be a useful addition to our squad
I do wonder if those who are against his signing have actually seen him play

Sorry mate, but that is a terrible comment to make, it sounds as if opnions other than your own do not count!... I have watched Cantwell now for a couple of years... Last year he stood out, but lets face it , it was not a stand out team as a whole, so not to difficult for one player to stand out. The lad has talent, no doubt. But I stand by my opinion... But if Bielsa wants him, you will hear no gripe from me.

Watched enough of Norwich last season to see Cantwell was a standout. I'm no expert on player valuation but I did think to myself at the time that he'd look good in a Bielsa team. Very good vision and intelligence. After what's been in my eyes a brilliant transfer window, a big of extra creativity in the centre of the park will just be the icing on the cake.

No drama far as Llorente and Coops go in my book, we've got adequate cover until they return.

Far as all this PL/Big 6 business goes, this is one of those crossroads moments that will have far reaching and even unforeseen consequences far into the future. If you're of the mind that believes the current institution must be preserved at any cost, well, be careful what you wish for it all I'll say. The soul of football has been increasingly marred by profit for decades now and should these proposals be accepted, that soul will likely disappear forever.

Agreed, looks to be a very good signing to me..fingers crossed