Keown rips into Bielsa ahead of Arsenal game


Good Morning. Its Monday 16th November, and here are the latest headlines from Elland Road...


Keown rips into Bielsa ahead of Arsenal game

During a recent interview with TalkSport, former Arsenal and England defender Martin Keown has ripped into the tactical methods of Marcelo Bielsa, claiming if he was at the club, he would be questioning Bielsa's approach claiming the Argentine's approach to games has proved costly for the Whites.

If I was being asked to do that, I’d have to sit down with the boss after the game against Palace and say I’m not really sure I completely believe in this because I’m out on my feet here – as the Leeds players were in that match. Palace just had a low block as Leicester did the week before and had good players at the top of the team with pace, like Vardy the week before. They were broken down. It was fascinating to commentate on and fascinating to watch but, actually, it wasn’t a winning formula.

Guardiola is a very humble man because he looks at the genius and he sees Bielsa’s quality – he’s got an incredible mind for football – but if we link it to success, Guardiola has won an incredible amount of trophies. “He’s got the balance right and I don’t think Leeds have got the right balance. I don’t know if there has to be a plan B, I think it’s a case of needing a bit more restraint.

He’s had 70-odd matches there and the players are well-drilled and know exactly what he wants. “I don’t know if the players can sustain it, what I am seeing is their two central defenders being exposed. “If you’re going man-for-man all over the pitch, there’ll eventually be someone in a one-vs-one situation and they’re not comfortable with that. Vardy and Zaha both did it for them

Leeds Director of Football Victor Orta has been talking to the BBC about his long term ambitions; and no surprises, it involves Leeds Utd. The excitable Spaniard turned down the advances of Bundesliga side RB Leipzig and Serie A giants Roma in the Summer, and also made no secret of his desire to take the Whites to the next level when they finally broke their 16 year hoodoo less than six months ago! Orta has big plans for Leeds, which hopefully will lead to European football, but don't expect it to happen overnight.

When I talk to players to convince them to join Leeds United, I always say the same. We’re not making anything new, I don’t want to put where Leeds United was, it’s nothing new for them to play in European competitions. “This is my goal but with realism and ambition, step by step.

As Leeds supporters would attest, it feels typical of the club that a year of such achievement is yet to be properly celebrated by fans and players alike.

Football is the fans and football is for the people. Who creates this business, this relationship, is the fans. Who creates all these things, it’s the fans’ love of the game. “This industry is created by the fans, it is the only reality. We have to put in the same level as the fans.

Leeds needs Leeds United but Leeds United needs Leeds more than anything. We need to go back to society and what they give to us because they’re the reason I stay in my job, I can only be grateful. I can only make the best for me with mistakes, with failure, with success.

You work for me and my group but I work to try and bring this club to its real position and make a lot of people happy, that is the fans.
Now is my fourth season, the second club that I have more years now in my life, this is my real pride, I can sew myself in the ideas on the pitch, in my ideas outside the pitch. 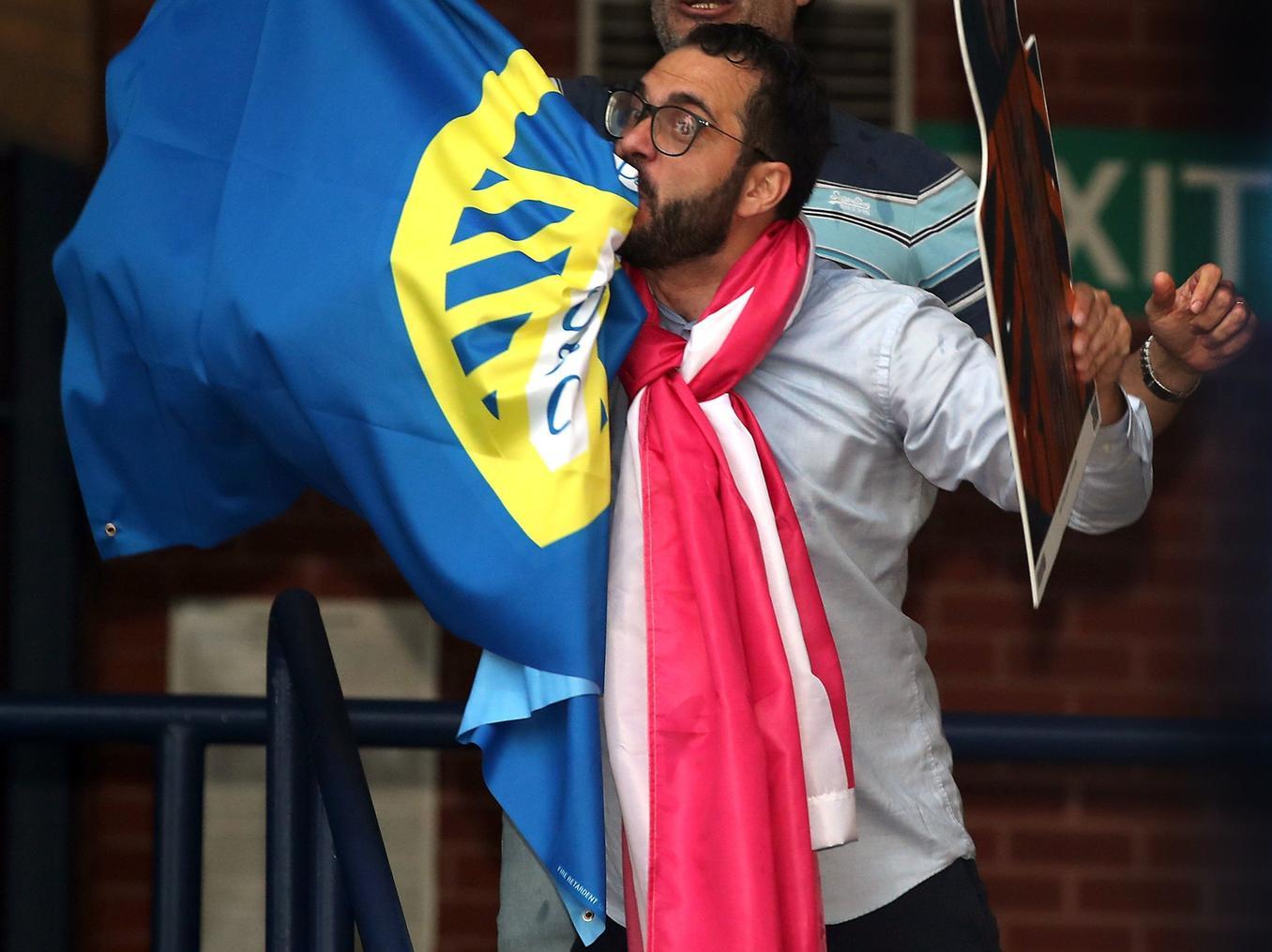 Germany Manager Joachim Low heaped praise on Leeds Utd's Robin Koch after his display in their 3-1 win over the Ukraine on Saturday evening. Koch was making only his second start for Germany, sixth in total. He was asked to play the role of defensive midfielder in order to break down Ukraine's passing in the final third, and the 24yo did not disappoint!

In defence, we tried to break down Ukraine’s passing channels early, which is why we tested Robin Koch in the middle. He did a good job.


With Phillips out of action, are you surprised that Bielsa has not opted to replace him with Koch? 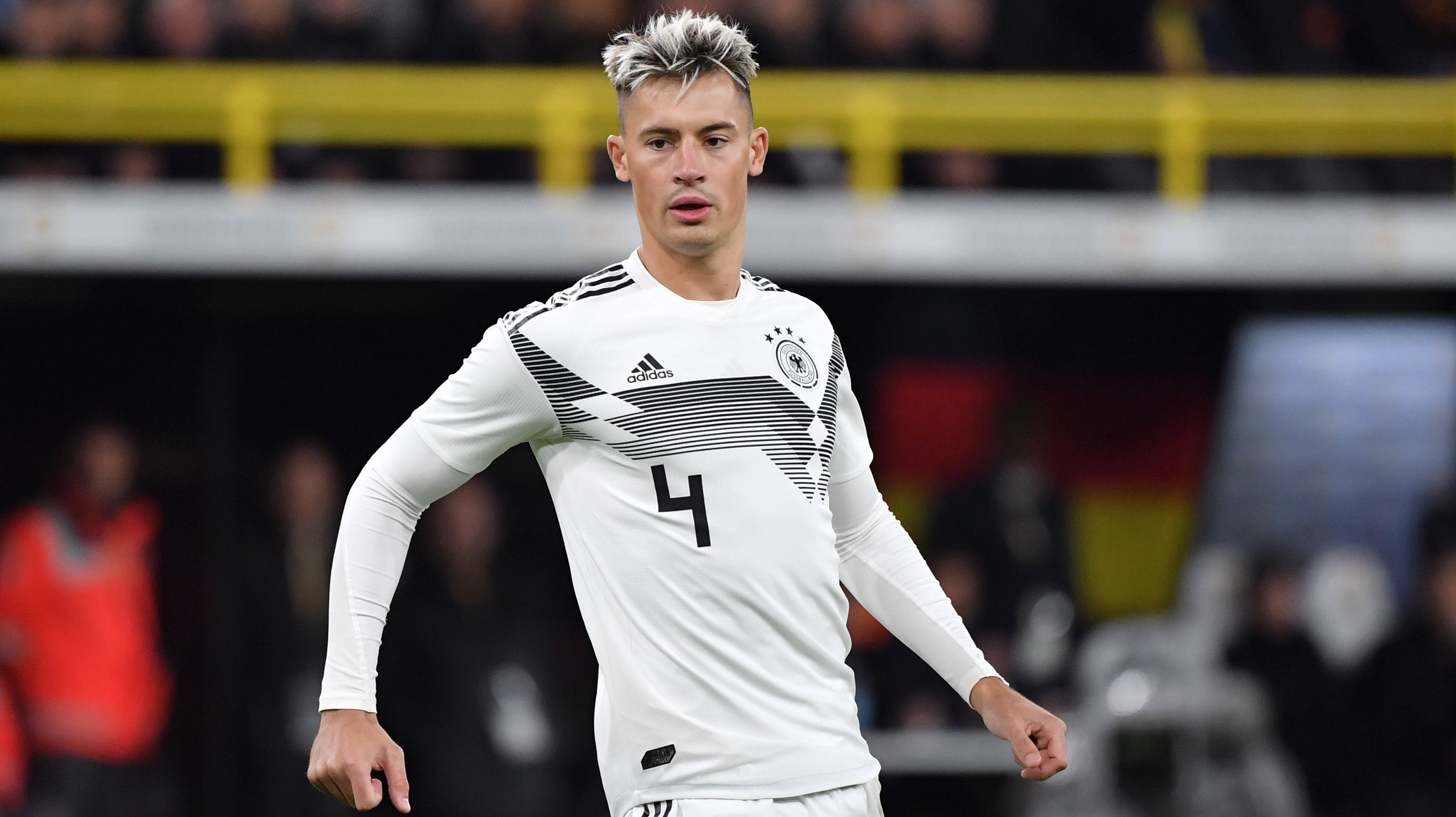 My dictionary has a very different definition of the phrase 'rips into'.

Michael Brown whacks the ball at Keown from 40 yards

SaraM wrote: ↑Mon Nov 16, 2020 10:33 pm Not a lot to add to what's been said, except that I'm a fan of Orta, and very encouraged by his vision for Leeds, and his sentiments about football.

Keown can do one.

Not a lot to add to what's been said, except that I'm a fan of Orta, and very encouraged by his vision for Leeds, and his sentiments about football.

Keown can do one.

Keown basing his opinion on a very small sample size. Don't forget that this is essentially the same team as last season and is a team that conceded 10 goals in 4 championship matches including 3 to Cardiff and 4 to Birmingham so there is always the capability to have a rocky patch and conceded goals - however over the course of the season those same players had the best defence on the championship in terms of goals conceded.

Bielsa knows that his way of playing consistently gets far more out of the 11 players at his disposal than any other formation or way of playing would. Would anyone really think that we'd be doing better this season if this team was lining up in a 442 formation under a different manager? Recently on the Leicester City forum they posted the question before the Leeds match over who would get into the best starting XI if you combined the 2 sets of players. I doubt any of the Leeds players would have made the starting line-up or at most only a couple so the only reason we were favourites to win that game was because of how much Bielsa gets out of the players and how the team is so much stronger than the 11 individual players.

And why are people suggesting Koch should have been playing defensive midfield in the last couple of games? So if Koch moved into def mid how are stronger given that it would have meant Struyk having to then play centreback? Fair enough move Koch into defensive midfield if we had a fully fit Cooper and Llorente.

Will Leeds reignite their interest in Liverpool defender