Leeds United have a tough road ahead as they take on Newcastle United in the Premier League on Wednesday. Leeds, despite not having the results, played with a lot of heart and looked impressive at the start of the season. Unfortunately our form seems to have tapered off and have managed to win only one of their last five games in the Premier League. Leeds are at the 14th position in the standings with 14 points on board. They have won four games and lost six games in their 12 games so far this season. Leeds have the 2nd joint worst defensive record with only the Baggies conceding more goals in the Premier League. A win here would be ideal for them to get their campaign back in track and stay away from the relegation zone.

Marcelo Bielsa has no fresh injury concerns, naming an unchanges starting eleven. Leif Davis starts on the bench with Helder Costa dropping out of the squad following a lacklustre second half performance against West Ham on Friday evening. Argentine defender Federico Fernandez and Scotland winger Ryan Fraser are back in contention for Newcastle. Fernandez was one of a number of Magpies players who contracted coronavirus but his latest negative test means he is available, as is Fraser after his recovery from a hamstring injury that has sidelined him since November 1. 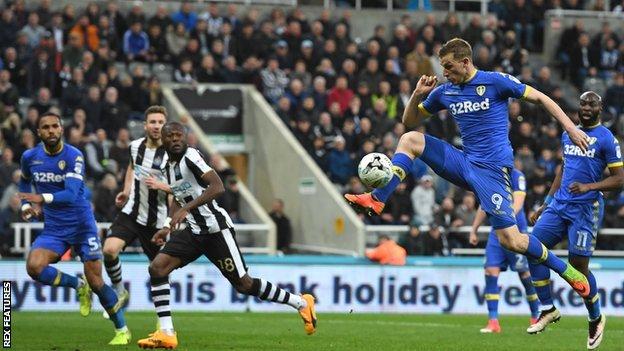 This is the first Premier League meeting between Leeds and Newcastle since January 2004, when the Magpies won 1-0 at St James’ Park courtesy of Alan Shearer’s goal. Newcastle are unbeaten in their last five away league games against Leeds (W4 D1), with this their first meeting since a 2-0 Championship win in November 2016. Their last defeat at Elland Road was in the Premier League in September 1999 (2-3). Newcastle have lost just one of their last 13 Premier League games in Yorkshire (W9 D3), losing 0-1 at Huddersfield in August 2017.

In the Championship last season, Leeds remained unbeaten in all 14 of their midweek games (Tuesday, Wednesday, Thursday), winning nine and drawing five. Newcastle have won just one of their last 22 Premier League games played on a Wednesday (D4 L17), winning 4-1 at Bournemouth in July. Indeed, the Magpies have lost more Premier League games on a Wednesday than any other side in the competition (44).

Leeds have lost their last two Premier League games despite opening the scoring each time. Only four teams have ever lost three in a row despite scoring first in the competition – Blackburn in April 2007, Sunderland in February 2011, Wolves in April 2012 and Leicester in December 2014. This is Marcelo Bielsa’s 114th match in charge of Leeds United in all competitions – the most he’s managed at a club in his managerial career, overtaking the 113 he managed at Athletic Bilbao between 2011 and 2013.


In future, if we can get Struijk to a point where he's interchangeable for Koch or Llorente, he'll be an option to slot in when we know we're going to be under pressure from big sides, apparently he's very good in the air.

Tits up, right, literally tits up.

That's another thing, because of all our man for man marking we never have defenders on the post

Few weeks ago i saw a ranking of aerial duels success rate.

Willy Boly was the lowest and he was 73% i think.

The highest was well in the 80% success rate, Maguire was in there as was Zouma.

We wont have anyone who gets near that.

How can they not be? although some opposition fans would never give us any credit