Good Morning. It's Wednesday 30th December, and here are the latest headlines from Elland Road...

Leeds rose to 11th in the table, (three points from 5th place) after a masterclass performance at the Hawthorns last night. Two of the most recognisable managers in English football came head to head for the first time, both deciding to stick to the same starting XI, four days earlier when Leeds edged past Burnley and the Baggies held Liverpool to a 1-1 draw.

Former Leeds target Romaine Sawyers opened the scoring, by bizarrely passing back to his keeper from 25 yards without checking he was there! He wasn't, and the floodgates were about to open. Three goals in 10 minutes from Alioski, Harrison and Rodrigo put the game beyond the Baggies reach as big Sam must have been having second thoughts about the challenge in front of him.

Leeds took their foot of the pedal in the second half, but not before Raphinho showed his Brazilian class by curling a shot into the far corner from 20 yards. In what order would you put the top three goals from last night?

Leeds have now won 7, lost 7, and drawn twice. They have scored as many as they have conceded - 30. Only Liverpool, Manchester Utd and Chelsea have scored more goals. Coincidentally, Leeds have shipped a total of 13 goals to these three sides this season, almost half of the the total amount conceded. Leeds are a point better off than Sheffield Utd at this point last season! The Blades have yet to win a game this season, and after losing to Burnley last night, surely Chris Wilders days are numbered?

"I actually think Leeds got promoted because of Covid" - Karen Carney

Amazon Prime Video Sport pundit Karen Carney tried to make a name for herself last night by claiming Leeds would have burnout issues, come the end of the season. She also insinuated that the Whites would not have got promoted to the Premier League, if it hadn't been for Covid, and the three month break.

They outrun everyone and credit to them. My only concern would be is will they blow up at the end of the season? We saw that the last couple of seasons. I actually think they got promoted because of Covid in terms of it gave them a bit of respite. I don't know if they would have got up if they didn't have that break.


Her comments were met with a barrage of angry Leeds fans. Even Ben White highlighted her post on twitter, sending three laughing face emoji pictures! 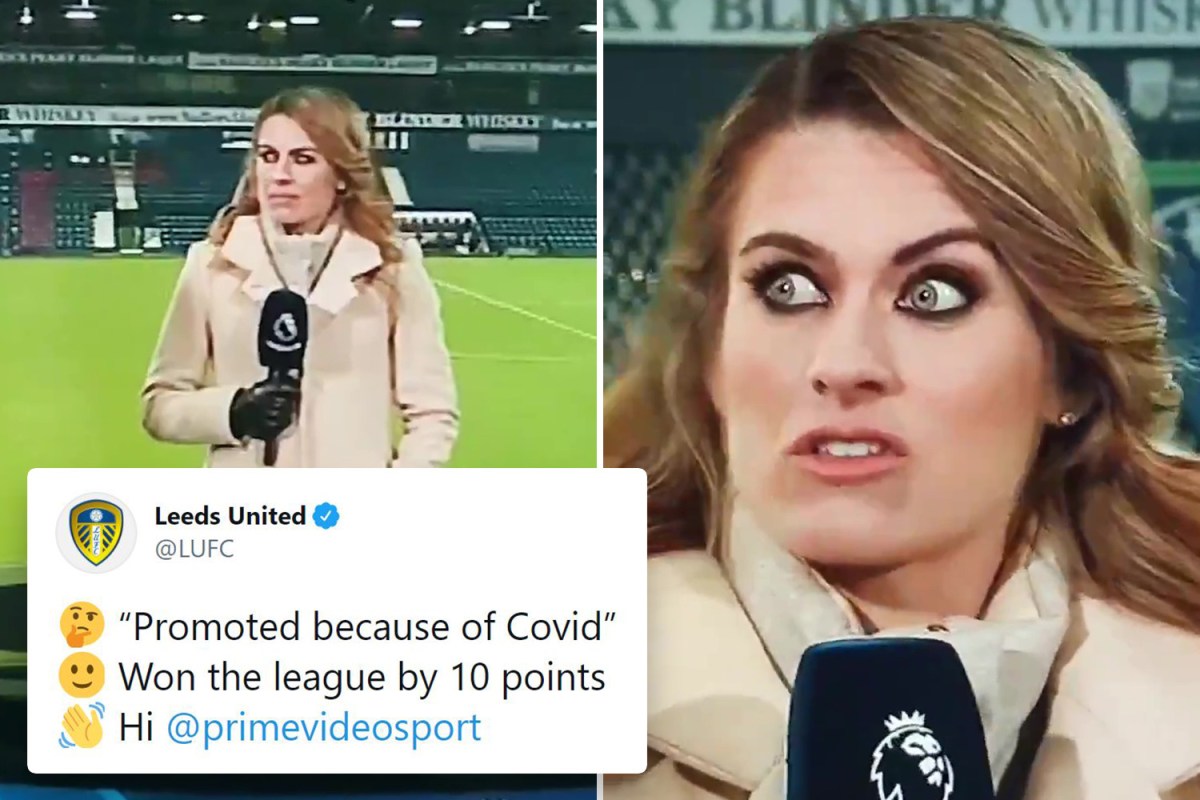 A total of 1,479 players and club staff members were tested between December 21-27; 18 have now come back positive. We have seen Manchester City postpone their game against Everton earlier in the week There are now severe doubts whether tonight's fixture Tottenham vs Fulham should go ahead after new multiple corona cases were discovered in both camps.

Can football survive during this pandemic? Should there be a break in the season, until the deadly disease is more under control?

Radz has unleashed a media backlash but the pundits words were ill informed and ill considered. But of course the bleeding heart media will close ranks because of the gender issue.

I think the govt should stop the football for 4 weeks until the country gets over this patest peak. The numbers are becoming scary now.

Well said Irish, the MSM will close ranks but not only because of the gender issue, give them any excuse and there will be a media frenzy to detract from what was a brilliant performance and also to distract us generally because we are Leeds United.

Is there any point sacking him now? He has been given over £100mil to spend and wasted it. I wouldn't sack him, he created this mess so he can sort it out. He wont and should be sacked at the end of the season.

Great performance.
Totally outclassed WBA.
Improved defensive performance but truth be told WBA and Burnley for that matter are awful going forward so not going to read to much into our clean sheets.

The club have condemned the abuse she received in a statement. Think the backlash took us by surprise, didnt get any for digs at Wilder or Agbonlahor for example.

As for the punditry, her comment was just one of many by herself and others, and it is right that she was pulled up on it.

Obviously abuse isn’t condoned, by me and shouldn’t be by anyone else either.

West Brom are going down. The only team they’ve beaten is the one who haven’t won a game all season.

Big Sam excels at taking teams that are underperforming from their usual 12th-15th level and gets them out of the bottom three.

This one is too big, even for him. They’re adrift... they’re going to have to be better than two of Fulham, Brighton, Burnley & Newcastle.

I think that at some point they’re just going to have to be honest and admit that they can’t control the virus and that normal life will have to resume.

Though that won’t be before they’ve ruined the economy and the livelihoods of more of us than is currently the case.

Keep the football going, if players are willing to participate.