Good Morning. It's Wednesday 10th March, and here are the latest headlines from Elland Road.

It's becoming evident that Leeds Goalkeeper Kiko Casilla is heading for the exit door after the former Real Madrid shot stopper posted a cryptic message on Instagram yesterday.


“I’m slow to go because I believe in changes.

“And I hope and I endure and I keep. But one day I get tired and without saying anything I leave everything and go. “Believe me that once I get tired I won’t come back again, because I give everything before I leave.”

He recently lost his place on the bench in favour of 19yo understudy Elia Caprile. The young Italian also replaced his Mediterranean team mate at the recent U23 game against Wolves last week.

It's been a turbulent time for Casilla. He lost his No1 jersey to Illan Meslier last season whilst serving an eight game ban for an alleged racist remark against former Charlton Athletic on loan forward Jonathan Leko, and has now fallen off the first team radar.

Surely, this is the end of the road for the 34yo. 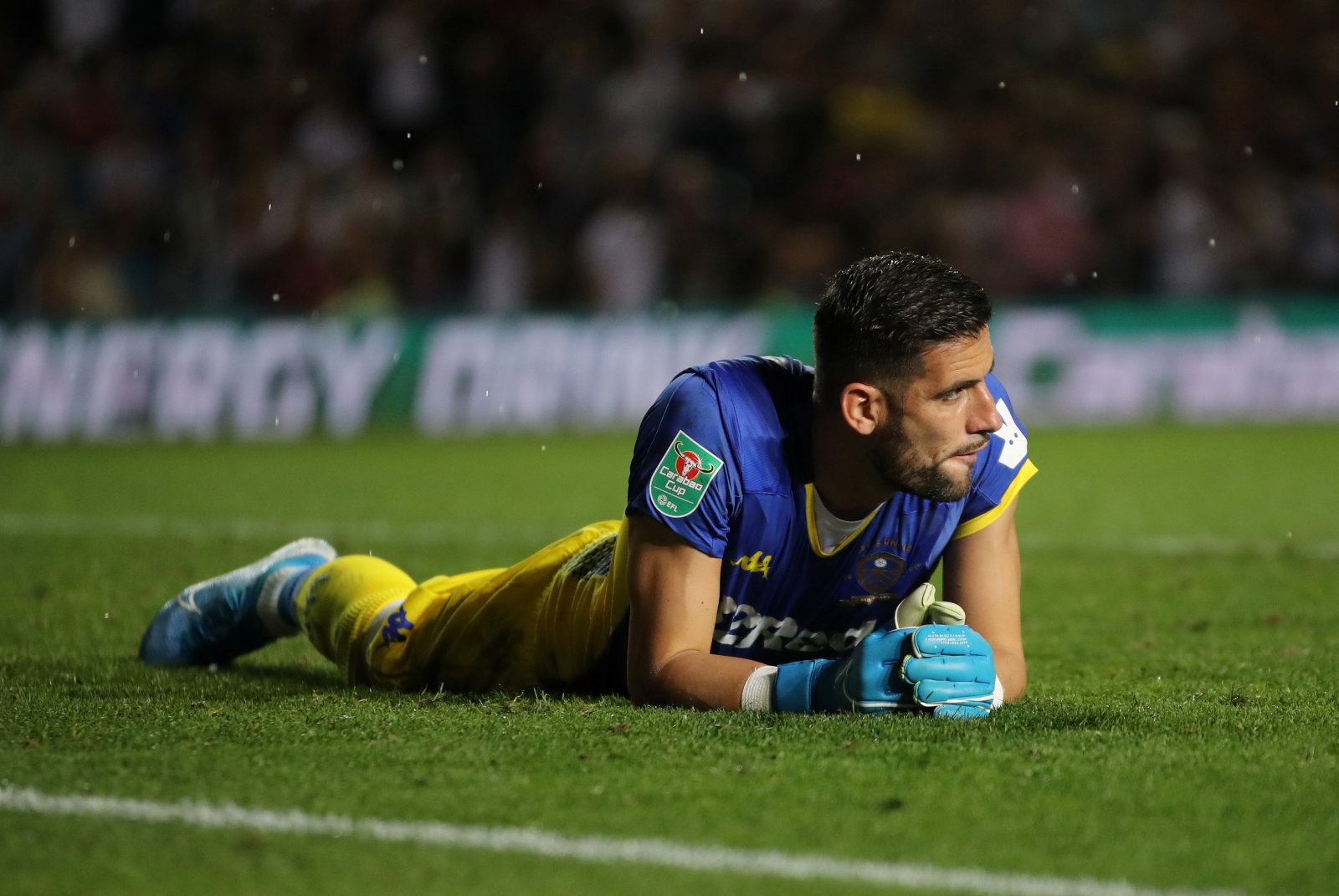 Alioski off to Galatasaray

Leeds Utd journalist Phil Hay has confirmed that Leeds utility player Ezgjan Alioski will almost certainly be heading for the exit door this Summer. The North Macedonian Internationals contract runs out in the Summer, and there are no signs that he wishes to extend his tenure in West Yorkshire.

Back in January, Bielsa said the ball was in Alioski’s court in terms of a new contract but Leeds wanted him to stay. No progress has been made since.


Hay said, “There’s been no agreement with Leeds so far. And given that the club are thinking about left-backs for the summer, he’s got a big decision to make. Getting close to 30.”

Do Leeds need to find their striking boots?

I think we all have been impressed with the amount of goals the Whites have put away this season. Only six clubs in the entire Premier League have scored more (Leeds have scored 43).

If you thought that Leeds have capitalised on their chances in front of goal, you'd be wrong.

Even though Bamford is the 4th highest goal scorer in the top flight, he missed the most guilt edged chances in the top flight with 17, with Timo Werner 2nd on 16, Chris Wood third on 14 and Che Adams fourth on 12.

His team mates are no better. Leeds rank third for 'big chances missed' with 41 wasted chances in front of goal!!!

Do Leeds need to find their striking boots, and is Bamford good enough to lead the line?

Casilla - Don't care if he leaves. But I hope he will be remembered for the positives. He should rank alongside Mervyn Day as a club legend, the goalie who got us back to the promised land

Alioski - He's a worthy squad member. He could do a job for another year. But that's not enough for a new contract. And probably not a big enough role for him personally either

Bamford - Obviously we need some back up/competition. Looks like Rodrigo is an attacking mid now rather than a striker. Not sure we should sign someone with Gelhardt and Greenwood both close to the first team

I should also add, on Bamford, he has done remarkably well and it's our other forwards who have let us down with goalscoring. We should be expecting much more from midfield and the flanks, Rapha excepting, though even he missed a couple. Klich and Hernandez would usually chip in, and I can't remember the last time we had a goal threat from defence (Dallas apart). Costa and Harrison miss their fair few too. As someone else said, if we were more clinical, we wouldn't even care about our defensive woes as we'd be drawing or winning more.

Casilla:
Time is up for Casilla and we need to get his huge wages off the books. That said we do need an experienced goalkeeper to come in to cover for loss of form or injury to Spiderboy, and I'd like that guy to be Romero. Experienced good keeper and also Argentinian. With Mes, TBC (Romero), Caprile, we would be set right. All top clubs have 3 keepers, Usually two experienced keepers and one young keeper. I think Romero would be happier as a #2 than a #3 like he is at Scum.

Alioski:
If Alioski needs to guarantee game-time and a decent wage to see out his career, I'm more than happy for the lad to move on. I don't begrudge wherever he goes as he's given everything when playing for Leeds and has been a likable figure around the team. Like others, I'm OK if it happens to be Galatasaray, unlike Kewell who should've known better.

Bamford:
Bamford is not an out and out striker, and gives so much more to the team. Unlike last year, I think Bamford has shown himself to be a much better all round forward, and let's not forget he's had 2 or 3 VERY debatable goals chalked off by VAR, and could've had one or two penalties won (like the Targett incident). Add 3 to 5 goals to his tally and he'd be close, if not to the top of the goal charts.

That aside, we do need a proper clinical out and out striker. Bamford needs rests and competition to up his game more, plus we need to offer something different to change games. Add on the likes of actually putting together cup runs and it is easy to see we need strengthening in this area. Paddy will still get a lot of minutes.

Perhaps Greenwood or Gelhardt could be the new striker but they're either not ready, or just not experienced enough yet. I'm sure we'll get to see both next season a bit more. Roberts, it is high-time he is sent out on a season loan in a Championship club.

His message seems clear enough, he's waited around long enough and now he wants out. See ya.

It will be a shame to see our version of Robbie Savage go. He's seems a good character and is a good player on his day but if he wants first team football and security for his family then i wish him well.

Do Leeds need to find their striking boots?

Ans a striker to wear them. I'm sure we will put it right against Fulham.

Kiko...
He never lived up to his billing or his wages... did he get enough time? we will never know, but he lost his #1 position to a better GK.

Ali
Will be sorry to see him go, he gave his all filling in at LB and there will be no guarenteed start on the wing or MF for him, if he wants to round out his twilight years as a starter then he will have to move on.

Bamford
This fits in with what I have been saying in other threads, we are such a prolific attacking side, we are going to "leak" goals at times... Bamford is so integral to the way this team plays, he is not an out and out striker (if he was I think his tally would be higher) It is also unfair to lay it all at his feet, he needs support. No team relies on one man for their goals ... Once again, if our boys took 30% of the created chances we miss, it would be a no contest in the team goal scoring department, and less harsh talk of the defence... It is a team problem not just Bamford.