Good Morning. It's Friday 12th March, and here are the latest headlines from Elland Road...

German giants Bayern Munich have thrown their hat into the ring, declaring their interest in Leeds winger Raphinha. They are joined by Manchester Utd and Liverpool as well as a host of European clubs who have the Brazilian on their wish list. Former Rangers and Scotland boss Alex McLeish believes that Raphinha's agent will be speaking to other clubs behind Leeds backs about their star winger.

We know the game, we’re not stupid. I’ve never met an agent in the modern-day who wasn’t trying to sell his client. Whether there’s been no interest directly to Leeds about Raphinha, you would think that there’s been some talk. These guys will be getting phone calls and they’ll probably be making phone calls as well. That’s the way the game works and the way that the industry works. It’s the way probably all industries of this kind of magnitude work.


Whilst obviously Leeds want to keep their best players, their scouting team, led by Victor Orta do have the ability to unearth some real gems, if given the money to do so! We all want Raphinha to stay, but at what price, if any does it make it financially sensible to sell him? 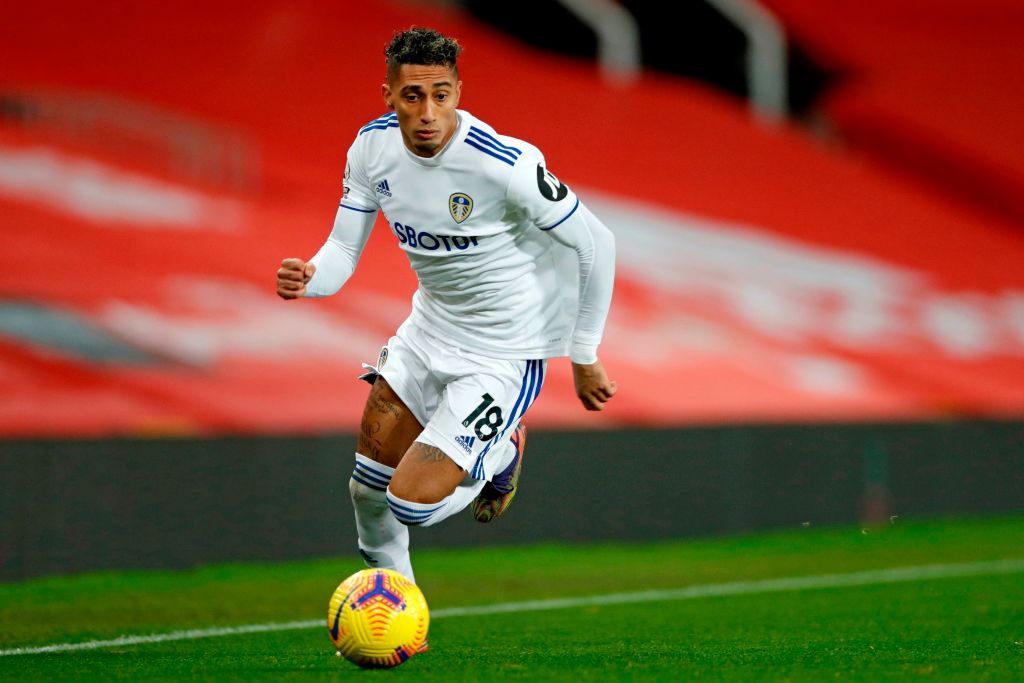 A year on from their £100m valuation, Wolves have decided to put Adama Traore in the shop window, slashing his price tag to just £30m. Many Leeds fans have taken to social media, expressing their desire for the club to sign the former Barcelona youngster.

Traore can play as an attacking midfielder or winger. His close ball control is exceptional, as is his areal ability. The Spanish International has real pace. In fact, he is the second quickest player in the entire Premiership, 0.01 second behind Kyle Walker. He is also in fine physical health (its like looking in the mirror). Unfortunately though, without a goal or an assist all season, the Midland side have decided to try and recoup the 18m they paid for him, and have some left over.

Is he Bielsa's type of player? - Probably not! According to WhoScored, his passing is below par, he loses the ball whilst in possession too often, he doesn't defend and his recent finishing's have been as good as Noel Hunt! (What were we thinking). Former White Noel Whelan disagrees...

He’s one of these players who is explosive, powerful and direct. Marcelo Bielsa likes wide men. He doesn’t necessarily go out there and buy loads of centre-forwards but what we’ve seen is him going out there and getting wide players. He likes these players who have quality, who can run in behind, who can hurt defences, who can do the hard work off the ball as well. I do think that he’s one of these players that has always popped up on the radar. That’s no coincidence. Obviously, there’s some admiration there from Marcelo Bielsa.

I don’t think anyone in a Leeds United shirt or any fan would argue that they wouldn’t want him at the football club. When you’re looking at players who are good to watch and can make a difference, he’s up there. It’s only a year ago that Liverpool and Manchester United wanted him. They’re the calibre of players that we’re definitely looking for who would improve the squad.


Would you like to see Traore at Elland Road next season? Should Leeds be doing more to look after former legends

We've all seen the brilliance of the Leeds squad from the Revie era; I think you'll agree they were untouchable. Unfortunately, as time has gone on, we have learnt that they aren't indestructible. We have seen the sad demise of legends such as Billy Bremner, Norman Hunter, Trevor Cherry, Paul Madeley and of course big Jack Charlton. These legends played in a completely different ere, when the game was not ruled by money. Unfortunately, this meant that the players of yesteryear earnt just a small fraction of what they do today.

With old age comes ailments and financial hardship. We've recent seen Peter Lorimer moved to a Hospice, after battling long term illness. He is only 74. Brendan Ormsby (60) suffered a stroke in 2013, leaving him unable to speak. Since then, he has battled cancer and a heart attack. His wife is his full time carer. Gordon McQueen has dementia. The list goes on.....

Should the club do more to look after their legends of the past?

Worth every penny I’m sure!

Dangerous waters ... I think yours is the diplomatic answer and I at no point considered posting I'll take 20 quid from Red Cafe ....

So how much would you want for Sara then Faaip £70m?

Worth every penny I’m sure!