Struijk Could Start for Worlds No.1 Sid


Good Morning. It's Thursday 25th March, and here are the latest headlines from Elland Road...


Taking the knee has lost its impact - Roberts

Speaking prior to meeting up with the Wales squad, Tyler Roberts has been addressing his concerns about 'taking the knee'. The versatile 22 year old believes the gesture has lost its impact highlighting blatant discrimination which has gone ignored on social media platforms. Roberts was quoted as saying...

It is a great thing that brings all the players together and the football world should be proud of that,” Leeds forward Roberts said ahead of Wales’ trip to Leuven.

But it is not doing too much when you see the social media abuse that has been going on the past weeks and months. I feel it has lost its impact. “It is concerning as it is too easy for these people to create these accounts to send abusive comments and get away with it. “It is something that needs to happen a lot higher up.


England authorities have been in discussions over the last 48 hours, whether the national team should 'take the knee' this evening during their encounter against San Marino? Is the taking of the knee little more than a publicity stunt to make the football big wigs look politically correct? If they wanted to do something useful, why not spare a thought for the 6,500 migrant workers building Stadiums that have died in Qatar since the World Cup was awarded in 2010? Struijk Could Start for Worlds No.1 Side

Leeds Utd journalist Adam 'Popey' Pope believes that Pascal Struijk would be in the starting line up for Belgium, if only he would switch his allegiance. The 21 year old centre back was born in Deurne in Belgium, but his paternal grandparents were born in the Dutch East Indies. He has represented the Netherlands at U17 level. As he is get to get a senior call up, Struijk has the choice between the World Champions and Holland. Whilst its a nice decision to have, when you look at the ageing centre backs for Roberto Martinez's team, surely its a no brainer!

The former Everton, Wigan and Swansea Manager has been approached struijk to try and tempt him to team up with the likes of De Bruyne, Hazard, Lukaku and Courtois, but as of yet no decision has been made. Asked by a Leeds fan if 'Struijk would get a start if he declared for Belgium", Pope replied...

Martinez likes him so yes. £15m for Origi - Potential Bargain of the Summer

Spanish media outlet El Gol Digital are claiming Liverpool are keen to sell striker Divock Origi, and are prepared to part with the Belgium International for 15m. The 25 year old has made 100 appearances for the English Champions since his arrival at Anfield in 2014. His versatility up front will surely attract many top flight clubs around Europe, one of the being Leeds. Former Leeds striker Noel Whelan believes Origi would be an absolute bargain at that price...

I think we’ve got to keep our options open. Divock Origi for £12-15m, would you turn your nose up at that? No, you wouldn’t. He can play a number of roles, left side, right side, through the middle. You’ve got to look at these things seriously. It’s not a lot of money. It’s so cheap. You could maybe go out and get two strikers if he’s available at that price.

We need options, especially attacking ones. We know Bielsa likes players who can be versatile and we know Origi is that. Like a potential Harrison deal, it’s not much of a risk. You’re not breaking the bank and you know what you’re getting. He knows the Premier League. He’s a good age and we play a style of football that will suit him because it’s similar to Liverpool’s. 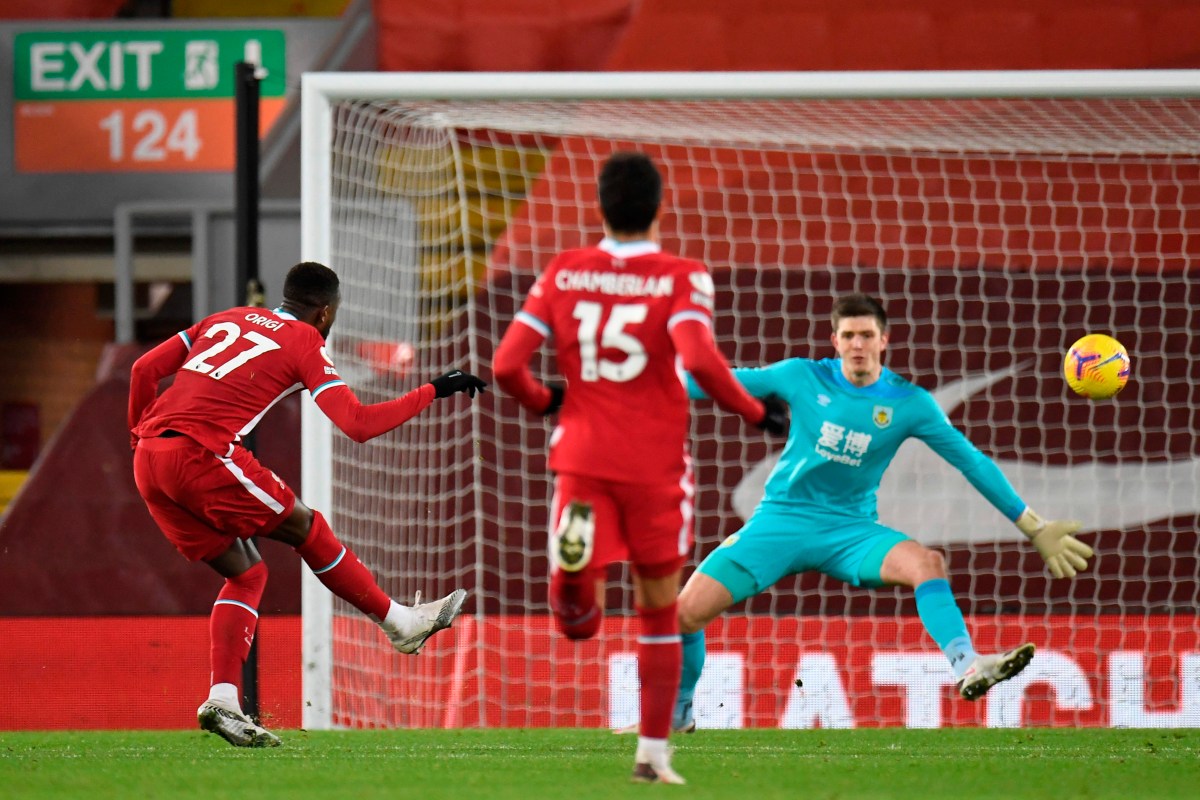 The vast majority of us already take a stand against racism every day of our lives...by not doing it. Real racists aren't going to look at a bunch of sportsmen getting down on one knee and think, "wow, that's shown me, I'm going to change my ways immediately!". So who's it for and how does it help? Don't say 'raising awareness' because every man and his dog is 'aware' of racism, this is totally unnecessary for that purpose.

Unfortunately not being a racist doesn't seem to be enough, and we have to virtue signal now.

Taking a knee was fine at the start, but like the pre match handshakes, time it went.

Until the game actually punishes a club or national association for it, nothing will change.

We've had kick it out for two decades here, yet Sepp Blatter said something about shaking hands, and England have had players abused in Spain, then more recently in Bulgaria (I think). Nothing of significance done.

Footballers have made their point, it has to stop as it's only fueling the idiot racist minds particularly those on social media. I personally dislike politics in sport.

Holland are a spent force!

Was really impressed with Origi in his early appearances for Liverpool, seems to me another young player whom has lost his way.

Could be another Brewster, leave well alone if that is the case!

Footballers have made their point, it has to stop as it's only fueling the idiot racist minds particularly those on social media. I personally dislike politics in sport.

I totally agree with this. It's shown that it's made no difference whatsoever to racist thugs, and in my opinion, has only worsened the situation. If there was to be any impact at all it would have been at the end of last season.....they made their point then. It should never have carried on into this season.....only my view of course

If I was a professional football player I would take my guidance from black teammates and colleagues.
If they asked me to take the knee I would.
Having said that it would be wise to have a plan how it’s going to evolve.