At times this season it will have seemed to some Leeds fans as though they were watching a video game campaign unfold before their eyes, as the Argentine maestro that is Marcelo Bielsa threw caution to the wind in almost every game, banking on outscoring Utd’s opponents, using a combination of slick interplay and unmatched levels of squad fitness.

Some of Bielsa’s tactics are even reminiscent of those used by some players of management sims, where real-world pressures do not apply. Here we take a look at those video games of past and present that still have the power to convince players that they are part of their very own Bielsa revolution. Leeds Utd fans can create their own unique legends and footballing stories thanks to some of these classic footy video games.

The 1994-95 season was one to remember for Leeds fans, for many different reasons, with the main one being the arrival of Ghanaian wonder striker Tony Yeboah, whose long-distance strikes had keepers and crossbars up and down the league quite literally quivering in fear. Added to this excitement, and the team flying high in the Premier League, was the release of what would become a cult classic football video game in the shape of Sensible World of Soccer.

Despite its uninspiring name, the game took PC and Amiga players by surprise, combining top quality gameplay with managerial aspects that were revolutionary at the time. Even though today’s gamers will find the graphics dated and the gameplay slightly predictable after a few hours of play, this is still a game that easily ranks as one of the legends of football computer titles, especially for Leeds fans who wish to hark back to Yeboah’s net busters. 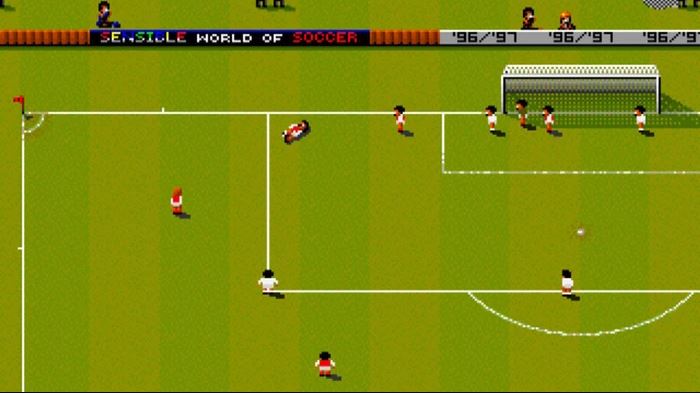 Whether enjoyed in solo or multiplayer modes, all the video games on this list will have fans feel like it is match day every day of the week

It took a long time for any football game to live up to the high standards set by Sensible Soccer, but in 2001 there was finally a game released that not only matched its predecessor but blew it out the water. That game was of course Pro Evolution Soccer, which was part of the reason that the PlayStation console range became such a smash hit in the UK and beyond. The game brought a whole new raft of ground-breaking graphics features but managed to combine them with equally innovative gameplay tweaks.

Unfortunately, while Leeds supporters were having the time of their lives on their PlayStations, their real-life heroes were staring into the abyss, with Peter Ridsdale and David O'Leary missing out on the Champions League football they so desperately needed to keep the club afloat. The rest, as they say, is history, but at least Pro Evo was there to keep spirits up.

While the two games mentioned above have long beguiled gamers of multiple generations, there really is only one footy inspired video game that can ever be crowned as the champion of football games. That game is Championship Manager, or Champ Manager as it was affectionately known. The game’s initial incarnation was first released way back in 1992, but was lightyears ahead of the competition, using advanced aspects of data collection to create a game that was so akin the experience of being a professional football manager, that it had many head coaches worrying for their futures in the sport.

Fast forward to the present day and the game is still going strong, known as it is now as Football Manager. Indeed, the data set which the game feeds off now also powers computer programs that help real-life scouts and directors of football do their jobs day-in, day-out. There have been endless numbers of Leeds supporters who have tried to mirror Bielsa’s tactics in the newer version of the video game, and even some gamers who say that Bielsa’s formations and match-day strategies are borrowed directly from the video game itself. But that is a debate for another day… 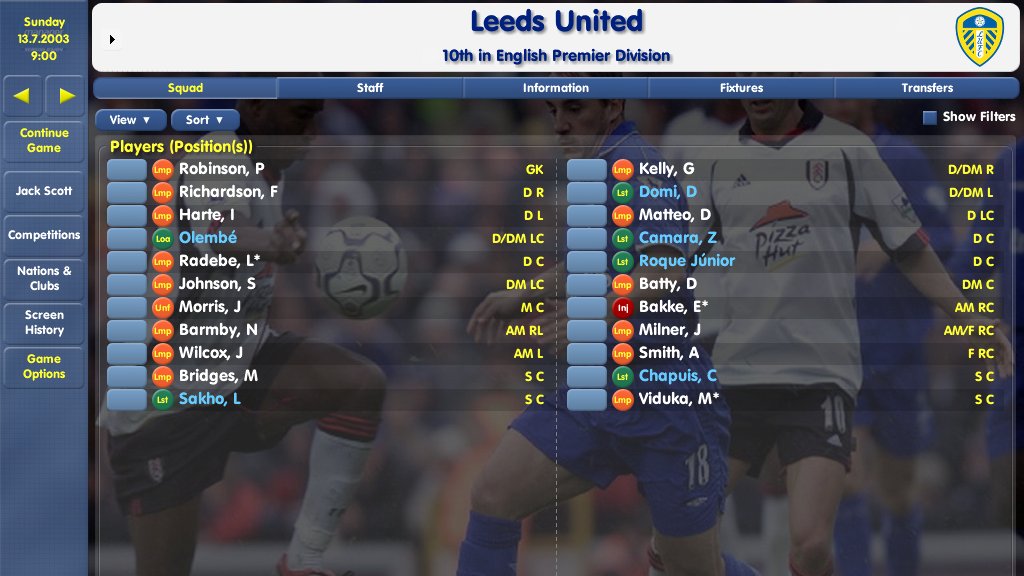