A Guide to Betting On Euro2020


As the 2020/21 Premier League season draws to a close, fans and players are preparing for an exciting summer of football with the European Champions scheduled to get underway on 11th June. England are currently the bookies favourites to win the tournament but with it being 55 years since our home nation won a trophy, it may be a better option to look at some of the other markets from betting sites that will be available.

One of the most popular Euro 2020 betting markets other than the tournament winner is the tournament's Top Scorer. With several big names playing up front for Europe's nations, there are some appealing choices in this market. Harry Kane is the bookies favourite to bag the most goals at the Euros this summer. That’s partly because England are tipped to go all the way and the more games a player has, the greater their chances of adding to their goal tally.

PSG forward Kylian Mbappe is another player expected to get goals at the Euros and is priced at 10/1 to finish the tournament as the top scorer. The Frenchman has found the net 21 times in 27 games for this club this season in Ligue 1 and has also netted 8 in 9 games in the Champions League. Several other players are worth considering such as Belgium’s Romelu Lukaku (10/1), Portugal’s Cristiano Ronaldo (10/1) and France’s Antoine Griezmann (20/1).


To Reach The Final

Betting on a team to reach the final is an interesting betting market and one that you should do some research on first if you are considering placing a bet on it. There are various factors to take into consideration when determining whether a team is likely to reach the final other than just if they are the best, or one of the best, teams.

Firstly, you should map out the route teams are likely to take based on what you expect the results in their scheduled games to be. This may take a little bit of work but will help determine which teams your selected team is likely to play throughout the competition. The first thing you’ll need to determine is which teams will finish 1st, 2nd & 3rd in each group so that you know which teams will play each other in the last 16. You can repeat the process until you have reached the final and one of those two teams should be your best bet. 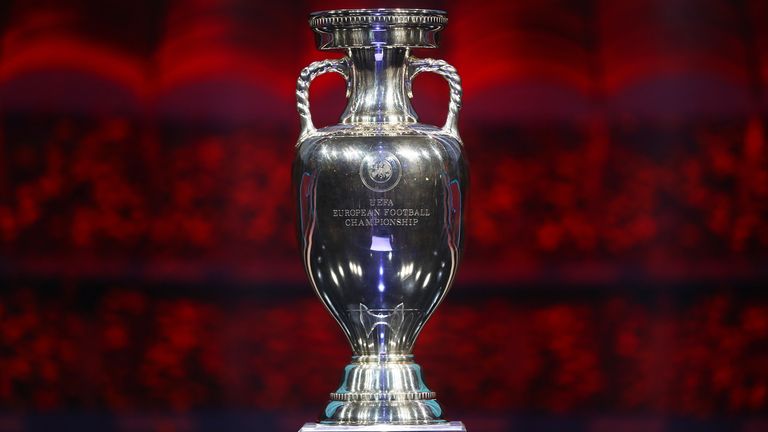 There are also several related betting markets available in this category such as:


Player Of The Tournament

This betting market is a little trickier to master but it can make for a fun and exciting Euro bet throughout the tournament. When each European Championship ends, a Player of the Tournament is announced. The decision is made by a team of ‘technical observers’ which for the 2016 tournament included Sir Alex Ferguson and David Moyes.

Past winners of the tournament have generally been key players in the top sides with players much more likely to receive the award if they reach the final. There are some appealing odds on some players for this years Euro’s including Kevin De Bruyne (8/1), Kylian Mbappe (9/1), Antoine Griezmann (12/1), Harry Kane (14/1), Virgil Van Dijk (16/1) and Bruno Fernandes (18/1).

Portugal’s Cristiano Ronaldo is currently 20/1 with Sky Bet which is surely a good bet if you believe Portugal will make it through to the later stages of the tournament. Previous winners of this award include:


What is interesting is that in all of the tournaments listed above, the Player of the Tournament played for the winning country that year.
0 Comments