Good Morning. It's Monday 3rd May, and here are the latest headlines from Elland Road

Brighton moved to within touching distance of Premiership safety at the expense of a poor Leeds team, devoid of ideas and rudderless at the helm.

Koch and Klich were brought into the starting line up at the expensive of injured duo Costa and Phillips. Klich took Dallas' place in the centre of the midfield, with the Northern Ireland International now operating wide on the right. Koch stood guard in front of Llorente and Struijk in place of Phillips.

The Seasiders took the lead on the quarter of the hour mark. Welbeck overpowered Alioski on the edge of the area, sending him sprawling. The North Macedonian stayed on all fours, trying to shield the ball away from Welbeck by getting his arm in between leg and ball; so the veteran striker could not line up a shot.

Welbeck took advantage of the situation and waited for the man in black to point to the spot. Lancashire referee Chris Kavanagh duly obliged. Although Meslier guessed the right way, he could not get keep Pascal Gross's effort out.

The Whites always looked dangerous down the wings, but Ian Potter's team had blocked off the route to Bamford, and without that, and the lack of support in attack, Brighton's three men centre backs rarely looked troubled.

Welbeck put Leeds out of their misery with ten minutes remaining. In truth, has Brighton had their shooting boots on, they could have scored four or five. 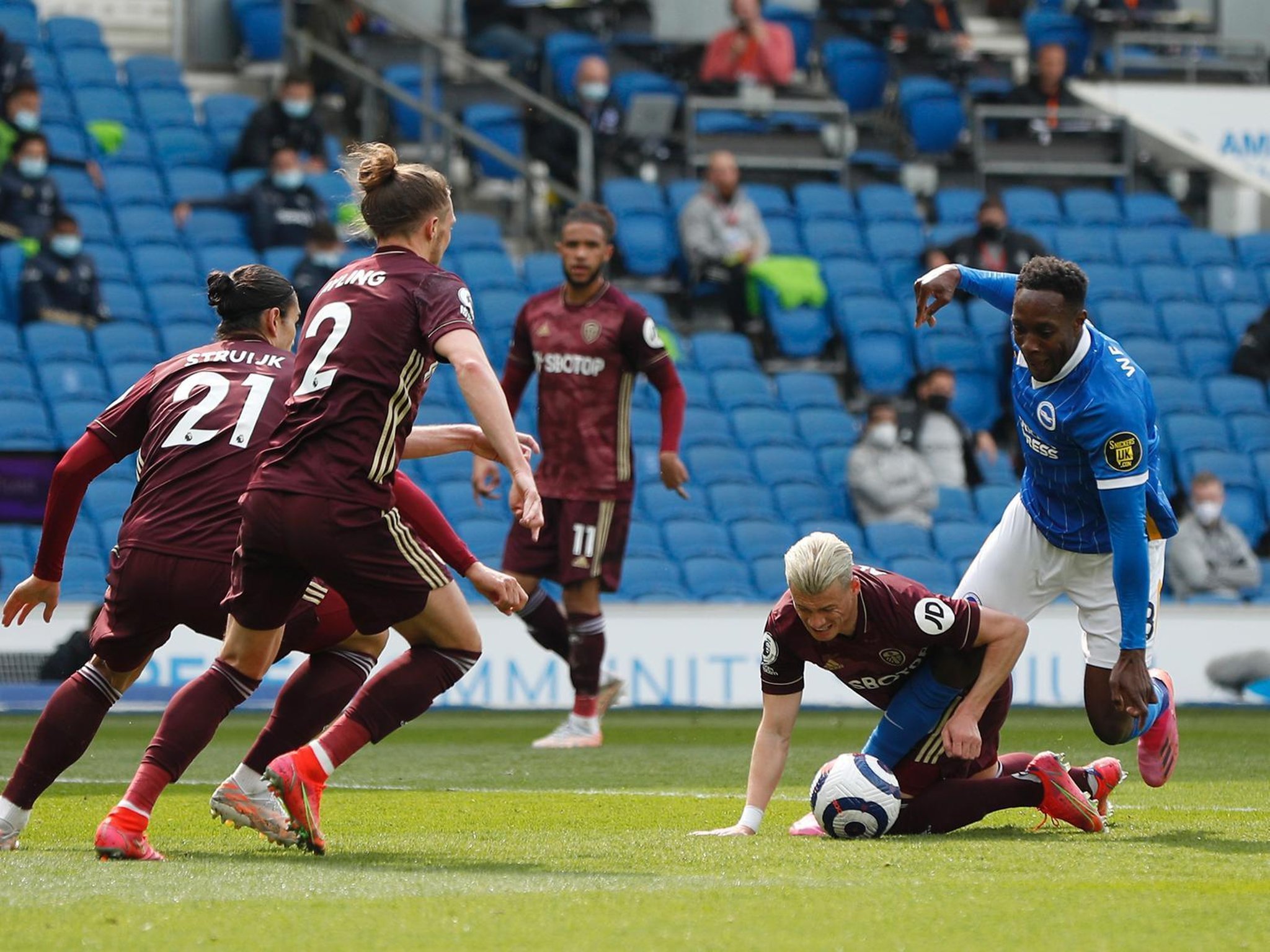 I'm sure we all saw the chaos that emulated from the Manchester Utd protest when hundreds of fans (over 90% in their early 20's) stormed Old Trafford, and worked their way through the Stadium. This was soon followed by bricks, bottles and paint grenades being thrown at Police outside the stadium. Before long, the protest had turned violent with battles ensuring between Police and groups of mobs.

Don't you think Leeds fans were in a much worse situation under Ken Bates or GFH's tenure? What about the Allam family trying to destroy Hull City or what the Oysten family reduced Blackpool to? Did you see these fans break into their club's Stadium?

Earlier in the day, environmental movement (though many would describe them as anarchists) Extinction Rebellion caused chaos by gluing themselves to busy roads to bring traffic to a standstill. I wonder whether they'd have second thoughts if members of their family needed emergency treatment from paramedics, but couldn't get to them because of their actions!

Britain is a free Country, and people deserve to have their say, whatever their stance. The actions we saw over the weekend will cost the tax payers millions though! Why is it that all protestors look either like swampy or young university students rebelling against their parents? We were poor, deserved to loose just wish it wasn’t those bunch of South Coast Wannabes

Oh how sorry I feel for a team that are the second biggest spenders in Europe, at the end of the day it’s not the Glazers fault that they bought expensive s**t players in the last 10 years. It’s also must give their supporters such sleepless nights worrying about only finishing second in the Premier League so close to getting relegated, with one foot in a European Cup Final oh the shame of it bunch of glory hunting, whining, namby pamby bloody Scum Southerners. I hope they get their wish and the next owners have no bloody money, it all blows up and they drop down the leagues faster than a Derby team under the management of Rooney