Good Morning. It's Monday 24th May, and here are the latest headlines from Elland Road...

An emotionally charged Elland Road witnessed scenes of brilliance, discipline and camaraderie as Leeds signed the season off in style. A rejuvenated Rodrigo headed the Whites ahead from a corner on 17 minutes. It was nothing more than they deserved, having had a goal chalked off moments beforehand. Kalvin Phillips doubled the lead just before half time. The bounce on the swerving free kick deceived Johnson handed the Yorkshire Pirlo his first goal of the season.

Second half substitute Bamford cemented the ninth place finish in the top flight from the penalty spot when Yokuslu handled in the area. Robson-Kanu grabbed a late consolation for the visitors in stoppage time, but the day belonged to Leeds, albeit two great servants to the club! 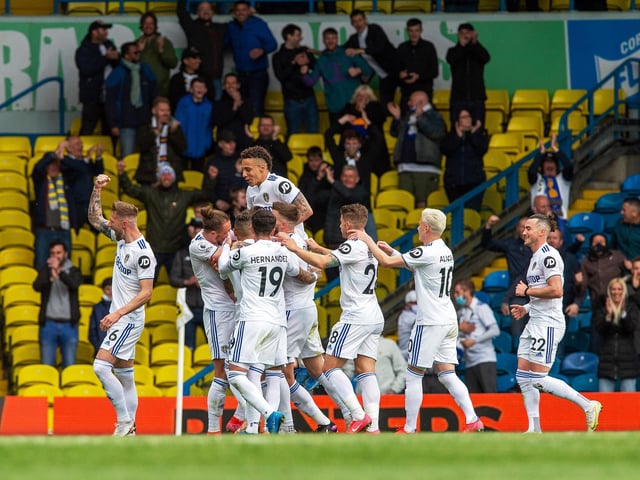 Pablo Hernandez turned back the clock one last time, exhibiting his silky skills, vision and tenacity that made the 36yo sch an inspiration over the last five seasons, and influential in Leeds finally reaching the top flight.

If you were to point out one thing former Leeds owner Massimo Cellino got right during his ownership at LS11, few would argue it was bringing Gaetano Berardi to Elland Road. The seven year veteran may have only played 143 times for the Whites but he went to war for Leeds Utd every time he donned the shirt. His grit, determination and tough tackling made him a fans favourite.

With twenty minutes on the clock, came the inevitable moments we had all been dreading - the double substitutions of two modern day icons. Even the most hardened of Leeds fans had something in their eye at that moment making them water. 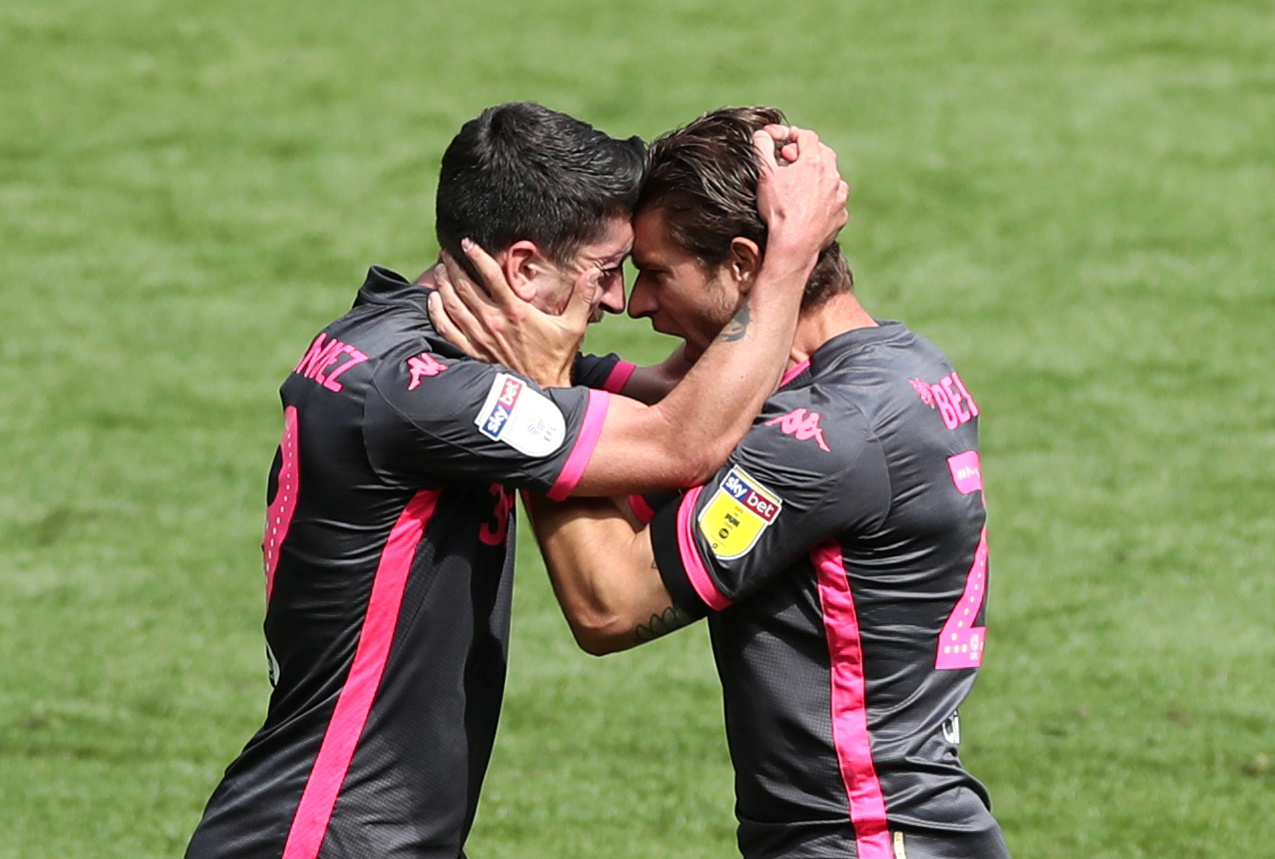 Kalvin Phillips inclusion in Gareth Southgate's England squad for the Euro's has been thrown into doubt when they 25yo picked up an injury in the closing moments of Leeds 3-1 win over West Brom yesterday.

The Yorkshire Pirlo may have aggravated an old shoulder injury after a lunging tackle on Grady Diangana. Phillips hobbled off the field clutching his shoulder, followed very quickly by the Leeds medical team. Such was the injury, that Phillips was unable to participate in Leeds lap of honour.

Further scans later today should tell whether he'll be fit enough to participate in the Summer tournament. After the game, Bielsa was quoted as saying...

I haven’t received any information about the gravity of it. We all hope it’s something that can be resolved quickly. “Knowing the fortitude of Kalvin I know he has the resources to recover quickly. 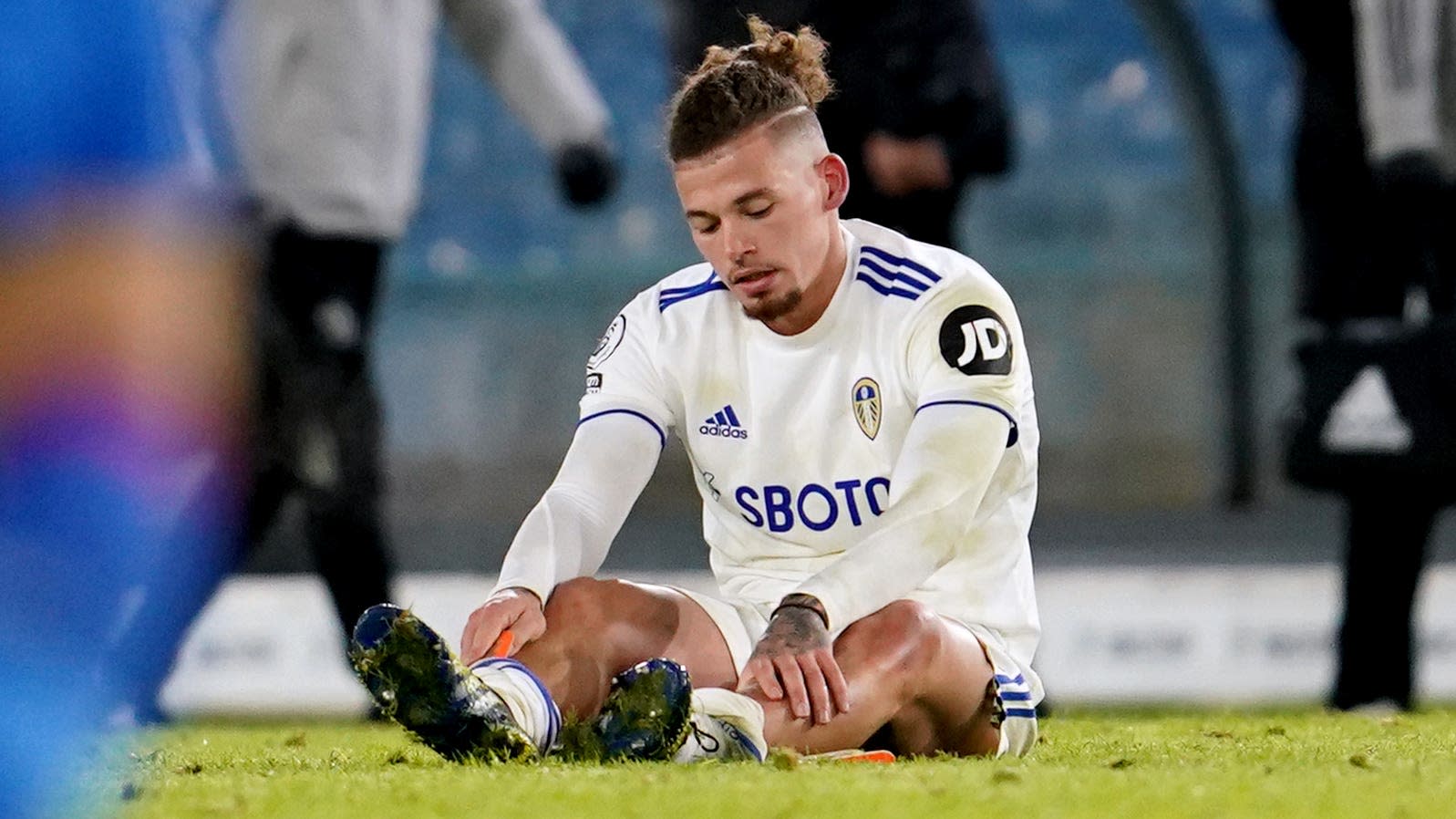 Indeed, have a lot of time for Bartley. Always a hard worker for his team.

A great day all round. An easy and comprehensive victory, an emotional and proper send off for Pablo and Bera and even Phillips injury late on, which might be bad for England (and Phillips himself, of course), but I can’t help thinking it might be a boon to Leeds for next season.

I have to say I felt a bit deflated yesterday, even during the game - I think it was because while things went to plan, and we were going to get our 3 points, it was the final 3 points of the season and represented the end of one of the most enjoyable campaigns I can remember.

It will be hard now to face the next 2 months without the acute emotional fix of competition. Think I’ll take up knitting.

I hope Kalvin isn’t seriously hurt, some suggestion of a fractured clavicle as the lesser of two evils. Get better for August pal.

It was wonderful to Bartley come over and give a hug to both Pablo and Berardi.