Good Morning. It's Friday 28th May, and here are the latest headlines from Elland Road...

When you're on of the richest clubs in the World, you only want the very best - nothing else will do; even if it means treading on your friends toes to get them. We have all heard about the friendship and huge admiration that Bielsa and Guardiola have for each other but what happens when they want something that you 've got?

Kalvin Phillips is in the prime of his life. His transition from Championship to the top flight has been seamless, he has become an England regular and he has won the admiration of millions. On the back of another Premiership title, Guardiola will already be plotting where he can make further improvements to his side, so they don't become another Liverpool.

Fernandinho has been an amazing servant to the Blues since his arrival in 2013, but at 36, surely his best days are behind him. Could Guardiola tempt Phillips to the Etihad with promises of £100,000 a week, Champion League football, title races and silverware? Former City ace Steve Howey believes the blue side of Manchester could be targeting Phillips this Summer, stating...

He could well be. I actually had a conversation with Gareth Southgate about him and I said I was blown away [over] how good he was. We were at Everton and I watched Everton against Leeds and he was excellent. He ran the show.


It looks like Phillips will be fit for the Euro's in just over two weeks time when England kick off against Croatia. Leeds have released footage of the 25 year old being put through his paces with strenuous upper body, shoulder and arm workouts. If he performs well this Summer, his profile and price tag could swell to astronomical proportions, but at what point if any, should Leeds cash in?

Orta opens up on the Phil Hay show

Leeds United’s director of football Victor Orta has been speaking exclusively on The Phil Hay show, and has revealed that he wants to conclude all transfer business in the next five weeks, talks about his relationship with Bielsa, an has an Alioski update. Orta said...

We have a very clear situation. You need to always be ready. It’s a difficult market. We obviously have ideas about planning that we are going to try to follow. Like we discussed last summer, we prefer quality over quantity. In the end the quality can give us a value that we have that we are making right away. “We are finishing ninth in the best competition in the world, the most difficult competition in the world. In order to improve that we need to be really, really clear on what we decide. I still have a long month of June ahead. I hope that in June, we can try and finish the job. We can make the effort but as we’ve said before it’s not always in our control.


What did Orta say about Bielsa?

Now it’s easy to say but when he started, I received 200 messages from the world of football saying ‘You are crazy’. The club’s director was also eager to praise not just the manager but the whole team at Leeds United. For me, we work with the coach to try and enrich his work like data football. We are in service of the coach, we try to create the best environment for success. I give a lot of credit to the club.

I know obviously Bielsa was the masterpiece in a situation but I give credit to the club, to Mark Broadley (facilities manager) Angus Kinnear (managing director), Paul Bell (executive director) and James Mooney (press officer). Without the help of a lot of people in the club aligning to help in these circumstances, we are not here. And that is when I discovered the real values of Leeds United.


And what about Alioski?

I don’t know, the contract is until June 13. We’re very happy with Ezgjan. He understands our position. I understand his position. I think the last few days we have had a good conversation face to face, but it’s really necessary. I asked him three things. His answer was really pleasing to me. He needs to decide about his own ideas, how he wants to be as a player next year. 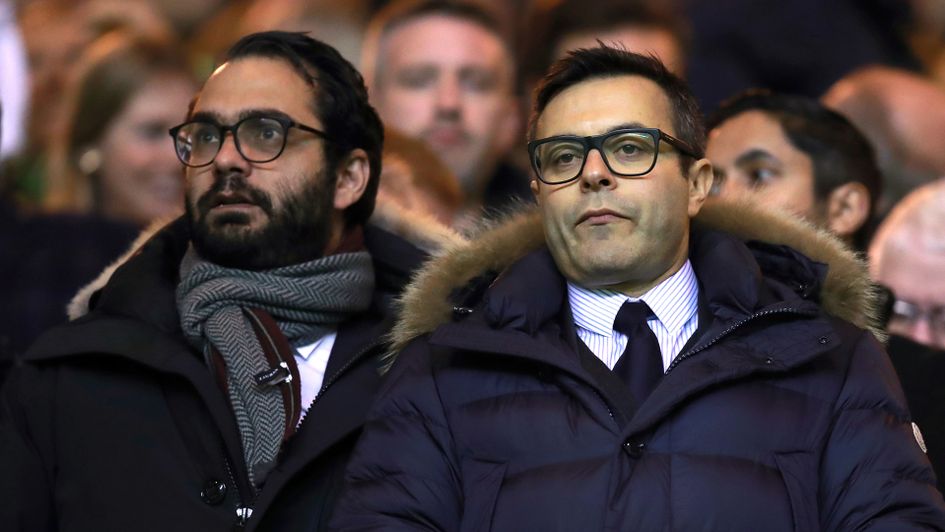 Is there anyone you would add or take off the list?

I think we will retain Phillips and Rapha (and other key players) for the forthcoming season. After that, all bets are off. Rapha would be the first to go just because he does not have the pure emotional connection with the club and the city like Kalvin. But a short commute for Kalvin to the rainier side of the Pennines is not difficult (unless it's snowing like hell on M62 up o'er Ripponden) so it isn't beyond the realms of possibility.

Could Guardiola tempt Phillips to the Etihad with promises of £100,000 a week, Champion League football, title races and silverware?

Does anyone know what time the next train to Manchester is.

Decent of Orta to spread the love. When you have the top brass speaking like that it can only work its way down through the club. That's one of the benefits i feel we have at the moment, good communication throughout the club, unlike some of the others (ESL)

Its a tuff day for the Scholars....For the majority the dream is probably over and its where do i go from here.

YorkshireSquare wrote: ↑Fri May 28, 2021 10:18 am Groy joined VfL Osnabrück on a free transfer back in February

De Bock's loan expires on Jun 30th but Zulte Waregem have an option to buy. His Leeds contract expires in June 2022

Thanks for the update YS.
I couldn't remember what the situation was with those two.

Was encouraged by Orta suggesting they aim to complete all transfer business by the end of June in time for pre season.

Not worried about City going for KP, cant see that.


Groy joined VfL Osnabrück on a free transfer back in February

De Bock's loan expires on Jun 30th but Zulte Waregem have an option to buy. His Leeds contract expires in June 2022