Leeds United look to the future as promising youngsters signed up


Development at youth levels is a clear strategy for Leeds United with Victor Orta securing some of the most promising youth talent in England over the past few seasons. Signings such as Joe Gelhardt and Sam Greenwood alongside homegrown talent like Jack Jenkins and Bobby Kamwa helped Mark Jackson’s U23s side lift the Premier League 2 Division 2 title last season. There is also a clear pathway for youth players into Marcelo Bielsa’s first team with Pascal Struijk playing a big part our mid-table Premier League finish last season. Just as the England cricket teams youngsters are proving a cricket bet365 bet worthwhile against Pakistan right now, you wouldn’t bet against more of Mark Jackson’s youngsters making through to the first team this season. This summer has been no different to previous years with youth recruitment already well underway.

The first deal to cross the line this summer was for Birmingham City starlet Amari Miller. The 18-year-old had attracted a great deal of attention from several Premier League clubs including Everton, but Leeds were able to attract the youngster due to the success of their U23s side and proven pathway through to Marcelo Bielsa’s first team for young players. The right sided midfielder broke through the senior ranks at St Andrews last season, notching up five cameo appearances for Lee Bowyers side, making his first team debut against Stoke City in April. Two further substitute appearances in a home draw with Nottingham Forest and an away victory against Derby County. Miller ended the season with two back-to-back Sky Bet Championship starts, as the Blues went on to finish nine points above the relegation zone. 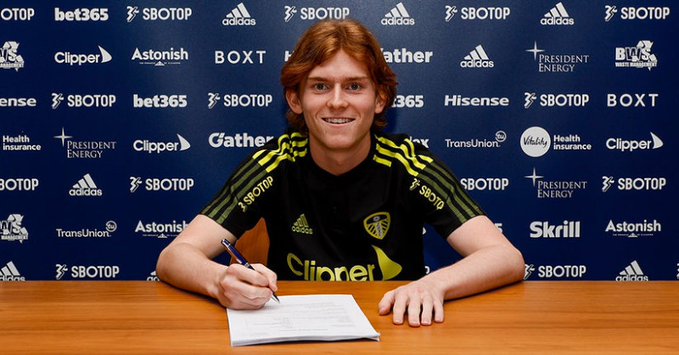 A move for Wigan’s Sean McGurk had been rumoured as early as last summer but the deal was finally done last week as McGurk’s contract with Wigan came to an end. Leeds will now have to agree compensation with Wigan for taking McGurk off their hands. McGurk was previously on the books of Liverpool before heading to Wigan in 2016, the 18-year-old helping Wigan’s Under-18s become Professional Development League National champions last year with 13 goals in the process. He also hit five goals in 3 FA Youth Cup appearances. McGurk is quick, nippy and has a real eye for goal, playing on the right-wing or as a number 10. He has yet to make his professional debut but will make the step up to Premier League 2 Division 1 next season as Mark Jackson’s Under 23s prepare to take on the big boys after securing promotion last season.

The club have also signed up several scholars on professional deals this summer. Midfielder Joe Snowdon secured his first professional contract with the club, signing a two-year-deal, running until the summer of 2023. The 17-year-old scored 5 goals in 16 appearances for the U18s last season, winning Players Player of the Season in the process. Fellow U18 midfielder Alfie Hughes also put pen to paper on a one-year deal. Hughes signed on as a scholar at Leeds back in 2019 having turned down a place at Manchester United’s academy. He made 21 appearances in all competitions for the Under 18s last season, scoring one goal. Finally, defender Jeremiah Chilokoa-Mullen penned a two-year contract with the club, running until the summer of 2023. The 17-year-old made appearances for both the U18 and U23 sides last season, his composure, anticipation and crisp passing impressing for the U23s in the latter stages of the season.

Are radical changes necessary for Leeds to climb the table