Good Morning. It's Thursday 5th August, and here are the latest headlines from Elland Road

Leeds continued their miserable pre season with a 4-0 defeat against Dutch Champions Ajax. Whilst Ajax may be a formidable force in Holland, the Eredivisie League is poor, and does not even feature in the top 10 soccer leagues in the World, a list that has the US Major League in it!

The Leeds youngsters had lost 3-1 earlier in the day, though their spirited second half performance deserved a much closer scoreline. The Whites finally got a consolation with only a few minutes remaining after Max Dean was bought down in the area. He stepped up himself to put himself to reduce the deficit to two! Former Spurs man Rafael van der Vaart, now pundit praised the Dutch giants, but took a swipe at the West Yorkshire starlets on social media...

I have seen some beautiful football, Ajax are producing some top-talents again. Let’s not talk about Leeds United. They tried their best, but there’s not 1 player that impressed me this afternoon. I expected more from them, they got outplayed by 17/18 year olds.


If he wasn't impressed by Mark Jackson's youngsters, then his thoughts on the performance of the first XI are probably best kept to himself. Davy Klaassen, Ryan Gravenberch, Dusan Tadic, Daley Blind, Sebastien Haller and Steven Berghuisare were all on show for the Eredivisie Champions, though in truth, they face players of this calibre week in, week out in the Premiership!

Two goals in either half with little resistance from the Whites have hopefully sent shockwaves through the Elland Road camp as they now prepare for a much harder challenge in just over a weeks time when they visit Old Trafford! Even Bielsa is starting to show the strain. Shackleton received a terrible head injury which left him dazed and shaken and had to be taken off. A raging Bielsa could be seen berating the poor lad as he came off. We have never seen him lose control like this! Perhaps the frustrations are getting to him?

Leeds will face Villarreal on Saturday in their final pre season game. 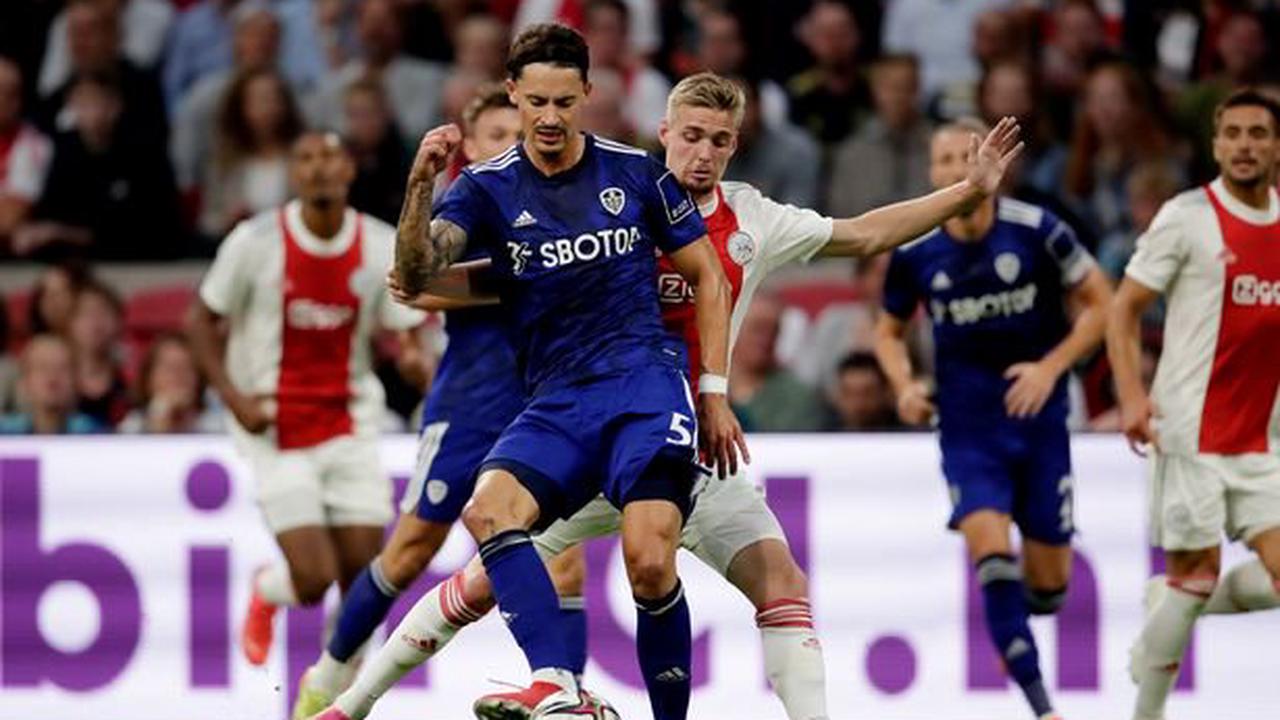 Bid made for Argentine forward

Italian news outlet TuttoMercatoWeb have claimed that Leeds have made a bid to bring CSKA Moscow centre-forward Adolfo Gaich to Elland Road. Nicknamed 'the tank' the 22 year old Argentine was was on Victor Orta's wish list last year, but ended up at CSKA Moscow in a deal worth 8.5 million euros. Unfortunately, things have not gone well since his transfer and was loaned out to recently relegated Serie A outfit Benevento in January after just 13 games. Gaich signed a 5 year deal with the Russian Champions, and has a £25.6 million release clause in his contract.

Leeds bid for O'Brien turned down

Leeds have had a formal approach turns down buy Huddersfield for their prized asset Lewis O'Brien. The 22 year old midfielder only has a year left on his contract, though have are able to exercise a clause in his contract to extend that by another twelve months.
O'Brien has been top of Bielsa's wish list since losing out on Chelsea's Conor Gallagher who opted to stay in London and join Patrick Viera's Crystal Palace. Since the interest from Leeds, Town have slapped a £10m price tag on their star player. It is not known how much Leeds offered, but they will have to dig deeper to land the youngster. It is believed that O'Brien is keen on a move to Elland Road! 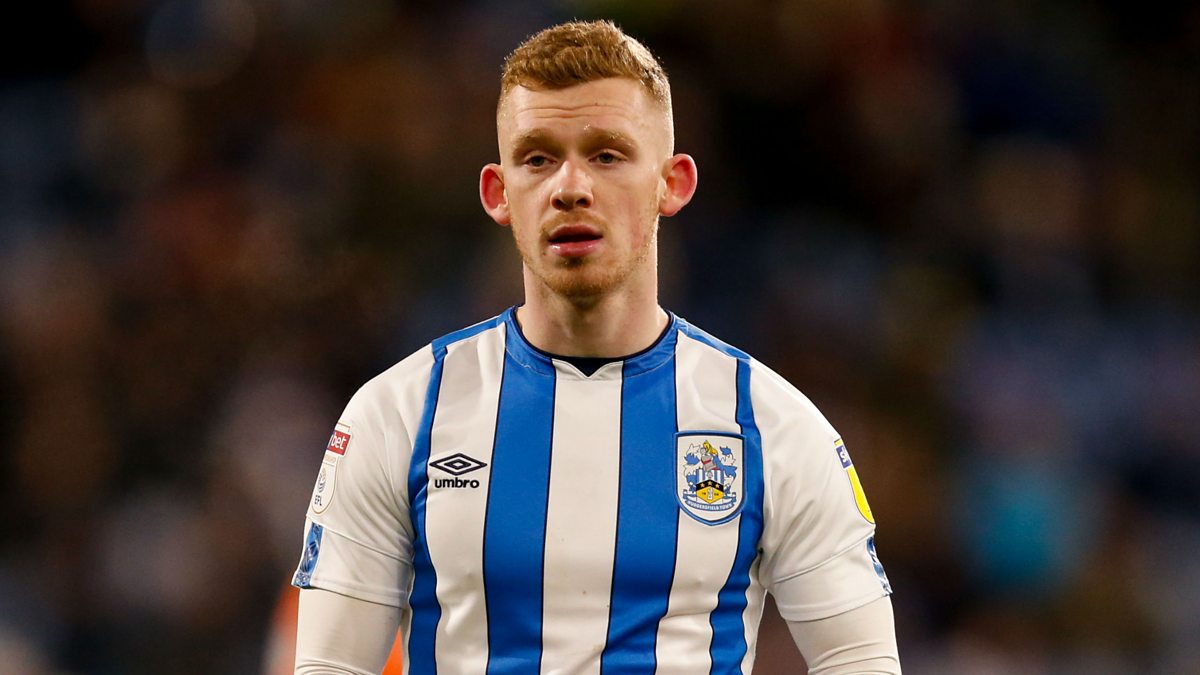 Is it time to press the panic button yet?

'Its only a friendly', 'the scoreline doesn't matter', 'it was a good run out'! Is it time to remove the blinkers, and assess why the Whites have had a torrid pre season? Leeds could have used that excuse at Ewood Park as they came from behind to grab a late draw against a very depleted Blackburn side, but as preparations have intensified, their performances have not reached a satisfactory standard!

Leeds prided themselves on having the fittest side in the Premiership last term Nine weeks later, Bielsa's squad should have maintained an advantage over their competition, yet each game does not reflect our superiority and have been littered by constant mistakes and poor passing! Yes, its only a pre-season game, but it's only a pre season game for our opposition too! 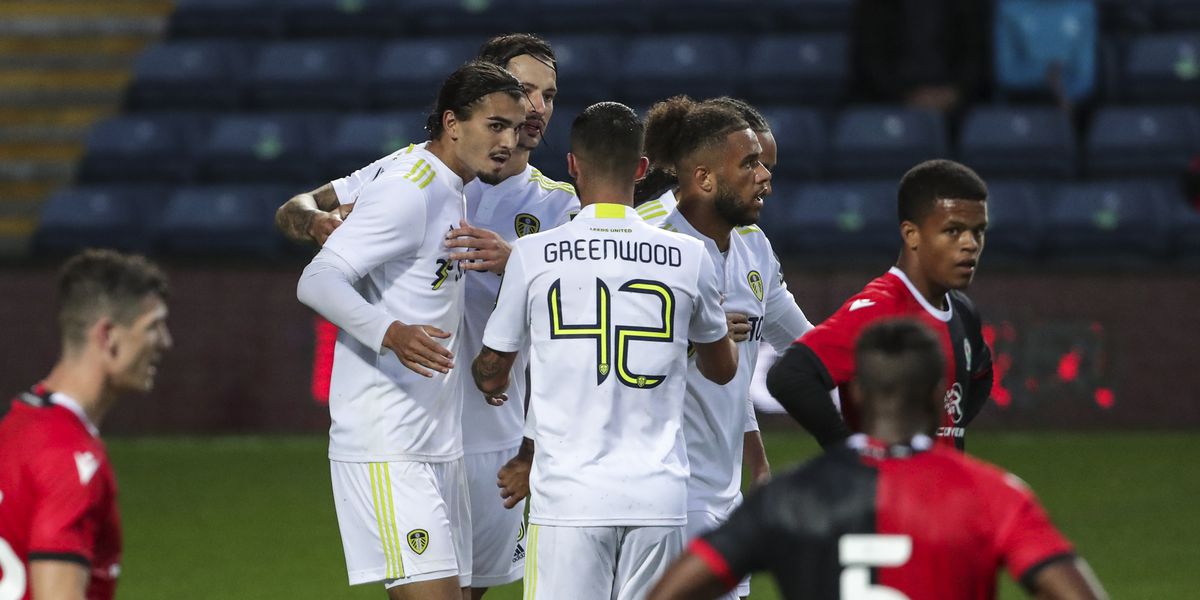 Yes, it was more minutes for Shackleton but Cresswell surely deserves a run out?

He got a concussion at Fleetwood, and has to serve the head injury protocol of 7-10 days out. Shackleton will also be out for a similar period.

Morning all. Thanks and best wishes to 1964,Davy,and Mothy.

Good to have you pal

Any defeat stings as we care about our club.

RVDV is another knobhead, legend in his own bait-time, on a par with Gobby Agbonlahor, who also dipped into his creative genius to endorse the wise words of RVDV the other night. RVDV states correctly that Ajax produce a lot of young talent, but the days of Ajax holding onto that talent to dominate Europe disappeared many generations ago. They're effectively just a feeder club for the Real Madrid's and Barcelona's of this world. So him and his half-wit pal Gobby can shove that in their pipe and smoke it.

It's a wonder all the other numpties like Karen Carney, Rio and Lineker haven't put the boot in? But they're probably hoping and praying we get humped at Scumsville before they can get all excited and jump on the bandwagon.

Maybe Ajax and their fans are happy with showing no long-term ambition? Well we're not, but it would be more correct to judge Bielsa and the players on what will happen in the Prem this season.

Bielsa seems to put no stock on friendly results, and is happy to just tinker around as we build for what's important. Despite his words to the opposite, he also shows a similar approach to the domestic cup competitions, so as embarrassing as some of those cup performances have been, it's not worth getting worked up when Bielsa is not taking those competitions seriously.

Gaich, these Italian journalists seem to be the laziest and most inaccurate bunch around, on a par with The Sun

So we've gone from maybe RDP, to Nandez, Cunha, Draxler, etc, to being knocked back by the legend that is Conor Gallagher, and now we're back in the bargain bin for another legend Lewis O'Brien. I'm not impressed. As I've said before "Victor, get a fookin number 10 in".

Apart from the obvious need to avoid injuries, suspensions and dips in form, because of the lack of quality in depth in this squad, we seriously need to address the gaping hole of having no playmaker. It seems like the key to our season is gonna be, can we keep KP fit and in form? and will Rodrigo make it as our playmaker?

As I've said before, it really is make or break time for Rodrigo, if he can excel as a ten then we're in business. If that fails, then we've got an expensive misfit on our hands whose gonna feel the pressure and disappointment crank up on him. At the moment the alternatives are, Roberts, and if we're counting on him to be our playmaker you have got to be joking. MB might try KP as a ten, but I don't think he'll make it in that position.

So we've still got that gaping hole that needs filling. Saiz and Pablo showed some merit in that position, but I honestly can't remember when we last had a consistently capable number 10, especially if you ignore those two? Ross McCormack

Not time to panic, as that would be if we're 2-0 down at Scum after 4 minutes. I'm hoping and praying that doesn't happen again, as that was the most bitter pill to swallow last season. Hopefully, MB is capable of transforming Rodrigo into a 10, or we need get one in very soon.