Good Morning. It's Monday 9th September, and here are the latest headlines from Elland Road...

Leeds recovered from the worse possible start to take a share the spoils against La Liga outfit Villarreal, at the LNER Community stadium, York on Saturday evening. The UEFA Europa League Champions took the lead within the first ten seconds of the game when a speculative cross bounced off Robin Koch's chest, and into the back of the net.

Leeds made amends nine minutes later with a set piece. Raphinha's corner was only partially cleared and fell nicely for Klich. The Polish International showed great composure to tuck the effort away from the edge of the area. That's two in pre-season now for the Polish international, Klich is scoring goals!

Six minutes before half time the Whites were ahead. This time Dallas was the provider from a corner from the left hand side! Cooper 's header rocked the underside of the crossbar and Bamford was on hand to stab the ball home from a few yards. This was no more than Leeds deserved. They had created the better chances since their disastrous start. They may have felt unfortunate not to to go in at Half time further ahead after the Leeds no 9 was bought down in the box earlier in the game!

Bamford was unlucky not to add to his goal in the second half; only a goal line clearance saved the visitor's blushes! Unai Emery' team were rewarded for their perseverance with nine minutes remaining. Second half substitute Raba finding the back of the net after good work from Abiol. It was certainly Leeds best performance of their pre season. It was also nice to see Leeds score twice from corners! Let's hope they're ready for Old Trafford on Sunday! 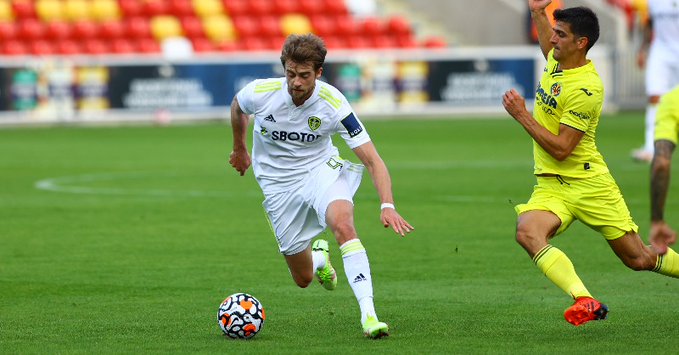 Adolfo Gaich was left out of the CSKA Moscow match day squad that lost to Dinamo Moscow yesterday prompting speculation that the 22 year old is on the move. We heard last week via Italian news outlet 'TuttoMercatoWeb' that Leeds had made an offer for the striker, but further media sources suggest Gaich would prefer the warmer climates of Mediterranean! News filtered through suggesting the Argentine striker wanted to stay in Italy,. He had spent the second half of the season. with Benevento netting twice over 15 appearances, but was unable to help them avoid relegation! Gaich represented Argentina at the Olympics. His performance mirrored Argentina's, who were dumped out at the group stage! The Sun are reporting that Serbian International Sasa Lukic is on Marcelo Bielsa's short list of midfielders to use as backup for Kalvin Phillips. The combative midfielder has won 18 caps for his Country and is available for the bargain price of £8.5m. The 24 year old has represented Serie A outfit Torino 100 times since his transfer five years ago! 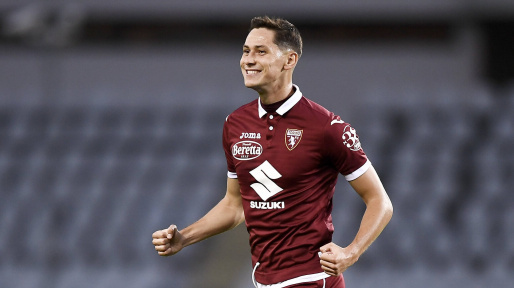 Town turn down bid for O'Brien

Leeds have had a bid of £3m for Huddersfield's Lewis O'Brien turned down by the Terriers. The midfielder has just entered the last year of his contract at the John Smiths Stadium, yet it is believed his employers have clause in his contract that they can extend it by a further twelve months. Huddersfield value their star asset at 10m, a price tag they slapped on the 22yo once they heard about the interest from Elland Road! Will Leeds increase their offer, if so by how much? It is believed that O'Brien is keen for the move to happen, but can the two clubs reach agreement? 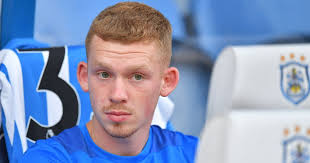 I just don't see where Rodrigo fits in if Bamford, Klich and Dallas are available?

We either need to use Raphinha as a 10 or get one in.

But if either of those two options works and Bamford plays, Rodrigo could be spending a lot of time on the bench.

I'm unsure about Rodrigo in the No.10 role as it seems to leave a gaping hole in the middle of the park

Rodrigo doesn't work as hard as Raphinha so our Brazilian may be the answer as a No.10.

Problem is we'd lose his quality on the wing, we have to remember Raphinha scored six goals & made nine assists even though he was unavailable for seven of our games, 6 or 7 less matches than our other highest scorers Bamford, Harrison & Dallas.

So LoB may be a good option as a box to box midfielder for us.

I just don't see where Rodrigo fits in if Bamford, Klich and Dallas are available?

We either need to use Raphinha as a 10 or get one in.

But if either of those two options works and Bamford plays, Rodrigo could be spending a lot of time on the bench.

He's quicker than Forshaw & a better tackler. AF goes sideways & backwards or in circles when he's on the ball.

O'Brien will be snapped up by then.

We often seem to move on in the transfer market, probably ran out of dosh after the £17m spent on Firpo