Good Morning. It's Monday 16th August, and here are the latest headlines from Elland Road...

Leeds got off to the worst possible start at Old Trafford on Saturday lunchtime, delivering a performance reminiscent of the Hockaday era. The floodgates began to open in the second half after Luke Ayling cancelled out Bruno Fernandez's 30th minute strike. The Leeds right back unleashed a missile into the top left hand corner from 25 yards leaving De Gea totally stranded. Unfortunately for the Whites, Ayling's wonder strike triggered retribution from the men in Red, as Manchester Utd went a second half rampage.

Even the introduction of £13 million signing Junior Firpo did little to stem the tide, wayward finishing from Solskjær's men saved Leeds from further embarrassment! Was it acceptable? No! Was it expected? Probably, Leeds inept performances in pre season have caught up with them!

Nobody likes to lose, but what did Leeds expect. If you play a team that is better than you, you have to change the way you play to make it more difficult for them. Playing exactly the same way week in, week out was always going to end on a sour note. Are there signs that all is not well at Elland Road? There are two comments Bielsa made that may give us a clue. His first was with BT Sports upon the conclusion of the game...

To have lost the way we lost can't be described as just a blip.


The second observation was when Popey asked how close Phillips was to starting? The Argentine replied...

Kalvin's always in consideration to be a starter, but his lack of preparation hindered him".


Thoughts? Given both Shaw and Maguire started could we have expected Phillips to be fit and up to speed? Phillips not playing certainly seemed like the main contributing factor in the defeat.

Following the collapse of the deal to bring Nahitan Nandez to the San Siro, Leeds could once again be in the frame to bring him to Elland Road. The Whites have been pursuing the 25 year old all Summer, but he made it clear that his proffered destination was Inter. The deal collapsed after an initial loan deal could not be agreed between his present employers Cagliari and Simone Inzaghi's team. Cagliari want €5 million, whilst Inter are only prepared to pay €3m. This has prompted Nandez to go on strike! If both teams are unable to work out their differences, could Leeds swoop in to steal the Uruguayan, especially if they are amiable to loaning him to us first? 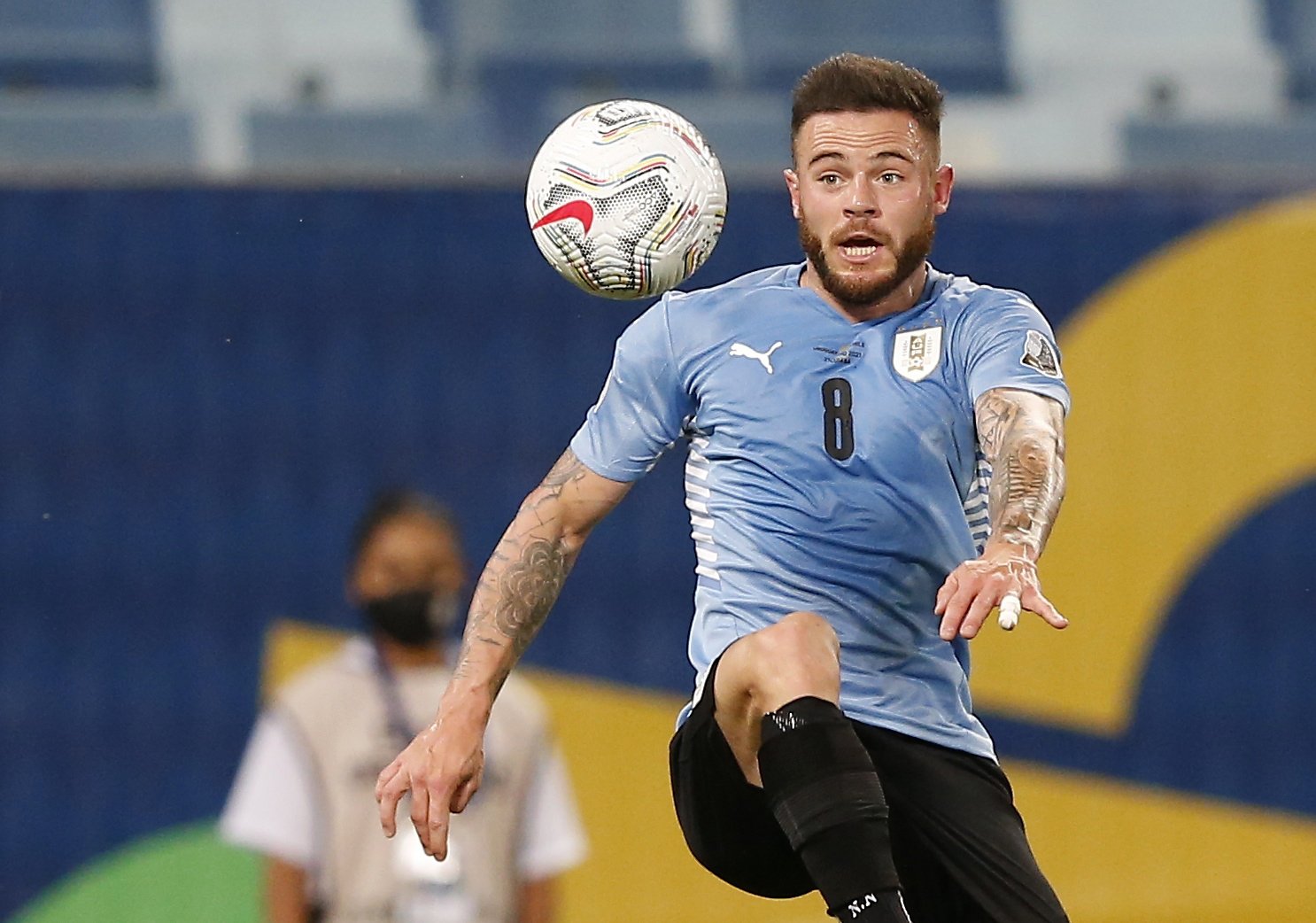 Last term we were the fittest team in the Prem. How can the players lose it all during the Summer. It was less than 2 months, before pre season started.

Watching our pre season games, we looked equally off the pace, more so than our opposition that we were so much fitter than, just several months ago....

Yeah I just think for whatever reason we weren't quite there fitness wise. Maybe Bielsa mixed things up a bit to freshen things up - don't forget this is the first time he has been in charge for a 4th season - and we haven't quite got things right in terms of them peaking for last weekend. Hopefully by the Everton game we will be fully firing.

Also like others have mentioned we had a few changes so the auto-pilot systems weren't working as fluently as they do when the machine is well oiled.

End of the day it's better than getting d*cked in League 1 or the championship.

On a side note it was interesting to see that Huddersfiled and Man CIty also lost. The 2 teams who play most like us.

KP should have started with Koch partnering one of Struijk or Cooper in defence.

Rodrigo should have been benched with Firpo at left back and Dallas in cm (and i dont particularly like Dallas at cm but its a far better balance).

And the pressing was all wrong, it was that gung ho follow your man all over the pitch pressing that we tried early doors and that better players can easily exploit. We used selective pressing in latter games to great effect so going back to the gung ho pressing was bordering on arrogant from MB imo.

Sometimes you have to accept the opposition have far more talent than you and you have to set up accordingly. Press in ceetain areas, allow certain players more time than others etc.

Bielsa was wrong in his approach, it was far more reminiscent of early last season than our latter season performances.

He was wrong, imo thats it, no great attack just a simple he got it badly wrong.

Bielsa is an amazing coach, but his Managing is not as strong.

I didn't see the match due to work but i have had plenty of stick. Losing to any team 11-3 over 2 games is bad but to them its almost unforgivable. It does highlight the difference in quality and where we still are in the pecking order. Somewhere around mid-table again hopefully.

Without rehashing what has been discussed... i am in the camp that if you want season on season progression then its going to cost money. 2/3 quality players a year upgrade and hopefully we get lucky with the odd youngster breaking thru.

Anyway on to the next one and hoping to get some points on the board.

MB did make mistakes but we all do sooner or later and normally he's money.

That same team though could go out and beat Everton assuming Raph's radar is back working..

The 100 really isn't cricket, it's baseball without the subtlety. I suppose it would be a bit like 5/6 a side replacing proper football while making the goals really big and only one defender allowed so scores are 30 each or something