League One outfit Crewe Alexandra are the visitors to Elland Road on Tuesday evening in the second round of the Carabao Cup. David Artell's team have had a miserable start to the season losing there opening three games of the season against Portsmouth, Oxford Utd and Accrington Stanley. Crewe beat second division Hartlepool 1-0 in the first round to set up the tie with Bielsa's lads in West Yorkshire.

It will be an emotional return to Elland Road for Luke Murphy who jouned Leeds from Crewe back in June 2013, the first time that Leeds had spent over £1 million on a transfer fee since signing Richard Cresswell in 2005. Murphy would go on to make 103 appearances for Leeds, scoring 7 goals. He even took a pay cut in 2015 when he signed his new four year deal. His season was hampered by injury though and he fell down the pecking order and he would spend the next season on a half on loan at Burton. His return to Leeds saw the arrival of Marcelo Bielsa but he was not to be in the Argentinians plans and was released a year early from his contract. Murphy would sign for Bolton where he would make 40 appearances before re-joining hometown club Crewe last year. 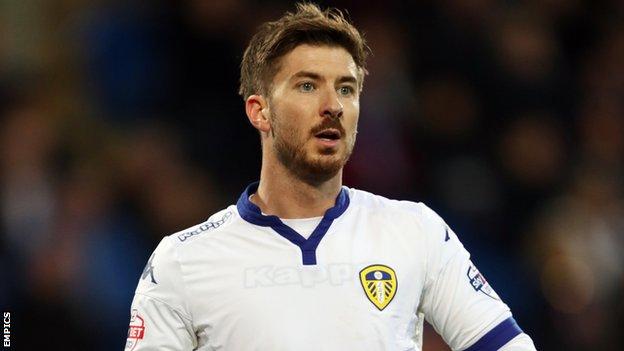 Marcelo Bielsa names a strong Leeds eleven with Illan Meslier in goal with a back four of Firpo, Llorente, Struijk and Shackleton. Kalvin Phillips will anchor the midfield with Adam Forshaw and Tyler Roberts in the middle and Jack Harrison and Helder Costa on the wings. Rodrigo will start up front. There is a mixture of youth and experience on the bench with Klaesson, Ayling, Summerville, Cresswell, Dallas, Klich, Summerville and Bamford. Tonights game will be Adam Forshaw’s first appearance since September 2019 when he picked up a hip injury against Charlton.

The two sides have faced each other nine times in the past, eight in the league and once in the FA Cup. They have never met in the League Cup before. Leeds United have the upper hand over the nine games with five victories and two draws. Crewe have beaten Leeds twice, both in the Championship back in 2005. The sides last met at Elland Road in September 2008 during Leeds United's League One days. On that occasion goals from Delph, Sheehan, Douglas, Beckford and Robinson secured a 5-2 victory for the Whites. Leeds also won the reverse fixture at Gresty Road 3-2. 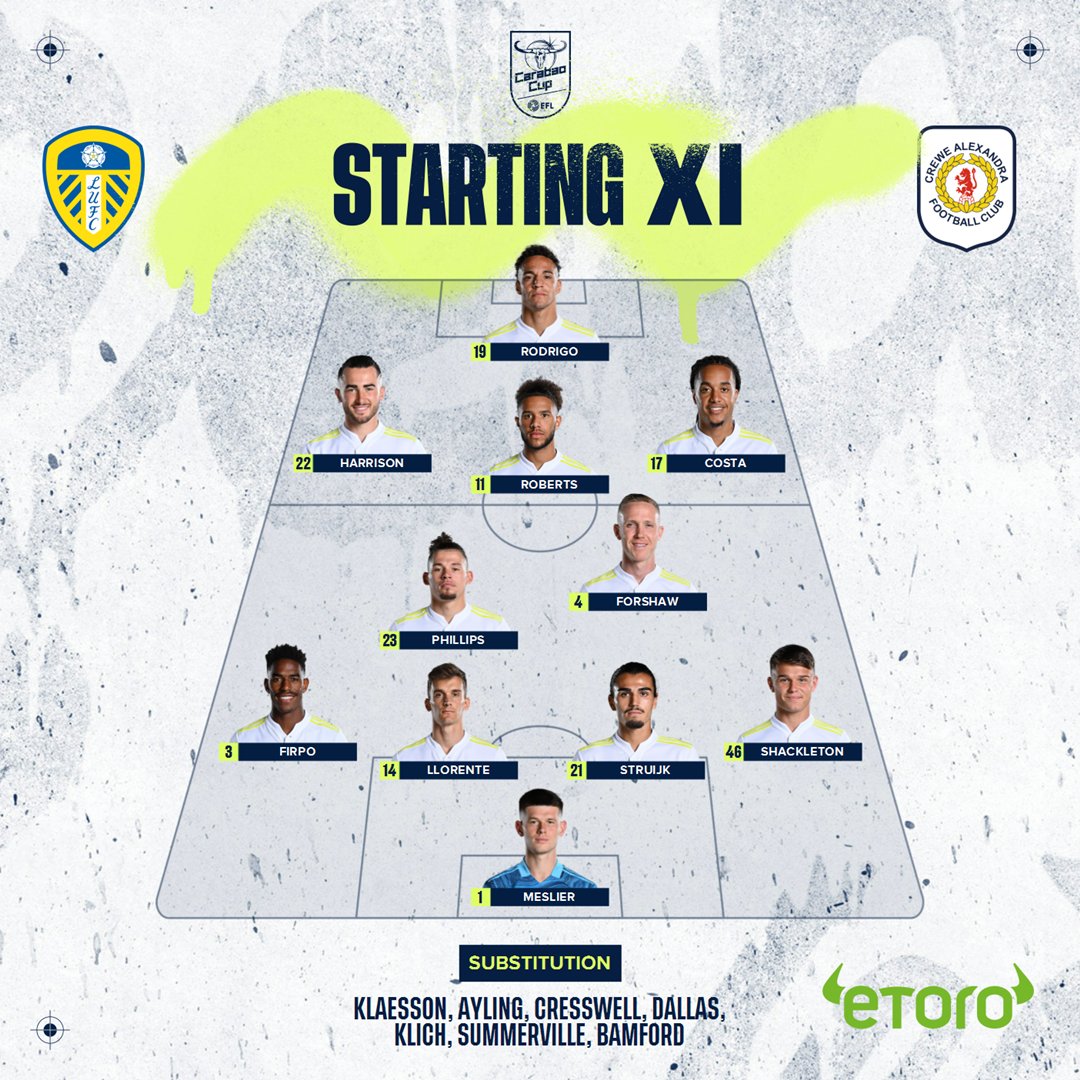 Haighy wrote: ↑Thu Aug 26, 2021 4:39 am He played really well, I was pleasantly surprised. Looked very fit, never stopped running.
Always wanting the ball and using it well when he recieved it.
Early days yet of course..

Thanks Haighy.
He'll never be a world beater but it's good that he's back after two years of misery.

Haighy wrote: ↑Thu Aug 26, 2021 4:39 am He played really well, I was pleasantly surprised. Looked very fit, never stopped running.
Always wanting the ball and using it well when he recieved it.
Early days yet of course..

Hopefully, the lad will be alright, that's horrible what he's had to go through. We're short on central midfielders, so if he can keep being available it's gonna help a lot in case Dallas, Klich n KP get injured, or suspended.

Competition for places is always a good thing and seems like we're not recruiting, other than Firpo n Harrison.

Really enjoyed it, which is rare for Leeds Cup games..

I take it Raphinha was just rested?

Good to see Llorente back in, cos we defo need him in our first eleven.

He played really well, I was pleasantly surprised. Looked very fit, never stopped running.
Always wanting the ball and using it well when he recieved it.
Early days yet of course..

Really enjoyed it, which is rare for Leeds Cup games..