Chelsea are apparently still in for Sevilla defender Jules Kounde despite Trevoh Chalobah’s emergence as a dependable option at the back. Blues head coach Thomas Tuchel has told the youngster he will remain at Stamford Bridge this season and will not be loaned out after impressive performances in preseason, as well as in the UEFA Super Cup and the team’s campaign opener against Crystal Palace.

Chalobah, 22, marked his Premier League debut with a goal and has since been offered a new five-year deal by the club. It was thought that Tuchel’s faith in the player would persuade Chelsea to let up in their chase of Kounde but, according to Sport Witness, the player’s agent has told Sevilla to expect a bid from the Blues.

Kounde, also 22, was Chelsea’s No.1 defensive target this summer - it’s understood that they stalled in their chase in order to get the deal for Romelu Lukaku over the line. Lukaku returned to Stamford Bridge this month on the back of a £97 million purchase from Inter Milan and it’s now being reported that the Blues will turn their attention to Kounde, who played for France during the Euros.

It’s also reported that the player will only accept the transfer if he’s guaranteed regular first-team action and Champions League football. Chelsea, of course, is the Champions League holders and also finished in the Premier League’s top four last season. Today’s betting odds have them as the fourth favorites to win the UCL at 9/1, with Paris Saint-Germain now the outright favorites after signing Lionel Messi.

The Blues will have until the last day of August to complete a deal should one be agreed with Sevilla. 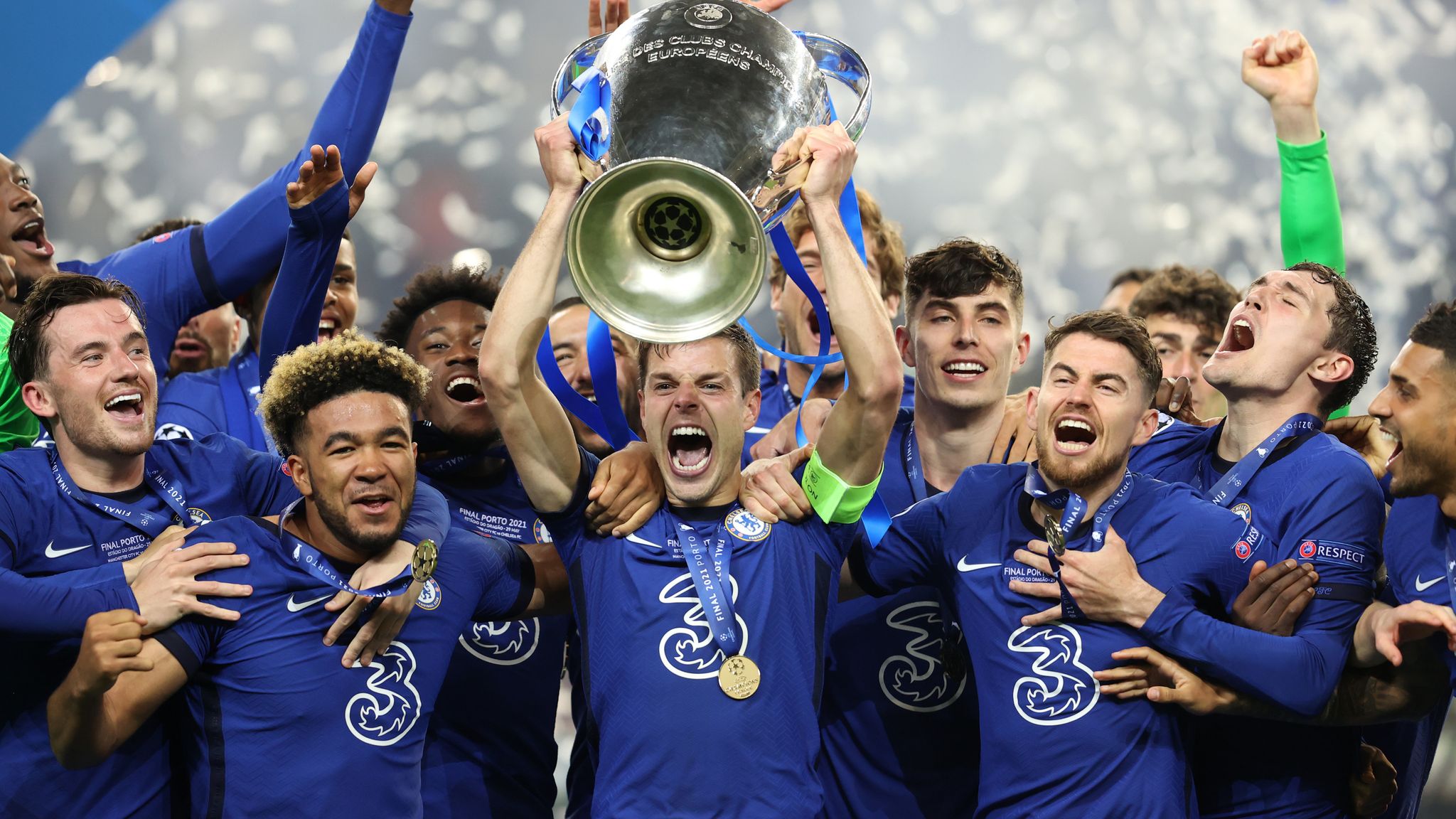 The Daily Mail previously claimed Tuchel is keen on trimming his squad to make way for Kounde. Italian full-back Davide Zappacosta is set to move to the Serie A’s Atalanta on a loan deal that could become permanent for £8 million - forward Ike Ugbo is also moving to Genk on a £5 million deal. Tiemoue Bakayoko is poised to return to AC Milan on loan while the Blues monitor the situation with Atletico Madrid’s Saul Niguez.

West Ham and Tottenham Hotspur are both thought to be intent on signing Kurt Zouma from Chelsea and Malang Sarr is reportedly set for another loan spell, with Bologna understood to be the destination.

Kounde would arrive as a remarkable addition to the Blues after rising to the top among defenders in the Spanish La Liga. The France international won the most aerial duels in the league last season with 118 and made the second-most progressive passes (140) while making the second-most clearances (140).

Football.London has also reported that the player had to visit a psychiatrist as a boy due to the fact that he could not deal with losing, which speaks to his desire to win at all costs.

He seems the sort of player who could become the long-term replacement for Cesar Azpilicueta, who is still playing a huge role for the Blues under Tuchel.

Meanwhile, Marca is reporting that the Spanish side will not negotiate with Chelsea over a discounted price and want the full amount of £68 million which is written into Kounde’s release clause. Sevilla are thought to be keen on keeping the young defender for at least another season and will hold onto him if the release clause isn’t met. The Frenchman has three years left on his contract.

Tuchel isn’t as interested in Kounde given his liking for Chalobah but the club could continue to push for his signature in the coming days. Chalobah did not feature in the Blues’ 2-0 win over London rivals on Sunday, however, it’s expected that he will feature over the course of the season after a handful of impressive performances in the Chelsea backline.

Meanwhile, Lukaku has already begun to make good on his return to the club with a goal against the Gunners. The Belgium forward made easy work of the Arsenal defense, bullying Pablo Mari all game and making a nuisance of himself up in attack. Lukaku opened the scoring for the Blues just 15 minutes into his second debut for Chelsea, holding off Pablo Mari to play a ball back that was lobbed to Reece James and eventually found its way back to him in front of a gaping goal.

Lukaku has returned to Chelsea as a refined product after firing Inter to the Scudetto under Antonio Conte last season and would have had a brace in his first game back had Bernd Leno not made a remarkable save to deny him a second when he headed a powerful shot towards goal in the second half.

Getting Kounde in the squad would round off a successful transfer period for Chelsea, who are poised to fight for the Premier League title this term after dropping out of the race pretty early in the last.

They will make a trip to Anfield next Saturday, with Liverpool up next.
1 Comment

City, United and now Chelsea all aiming to have 2 world class players for every position. They are robbing football of the chance to see some of the best players play the game each week and inspire other clubs along the way with their performances. Perhaps they should build an art gallery next to Stamford Bridge so we can all walk around and remember the players they hoarded who were practically lost to the game except for an 87th minute substitution in the Champions League or a rare start in the Carabou Cup against Gillingham. Tragic.