Leeds leave it late against Crewe


Good Morning. It's Wednesday 25th August, and here the the latest headlines from Elland Road...


Leeds leave it late against Crewe

League One outfit Crewe Alexandra held out for almost 80 minutes last night in front of a sell out crowd at Elland Road in the second round of the League Cup. As to be expected, Bielsa made wholesale changes to the starting line up, with Forshaw, Llorente, Roberts, Costa, Shackleton and Rodrigo all starting. Forshaw in particular looked especially comfortable, even after a 697 day lay off.

A mixture of fine saves and last ditch defending frustrated the home side as they laid siege on William Jääskeläinen's goal. The deadlock was finally broken eleven minutes from time from the most unlikely source! Harrison's in-swinging corner was met by Kalvin Phillips. The 25 year old England star lost his marker before glancing the ball past the Finnish keeper. Once penetrated, the floodgates opened. Six minutes later Klich's carved the Crewe midfield open with a 25 yard diagonal pass towards Bamford. Just like he did on Saturday, the unselfish number 9 found a player in a better position. He squared the ball to Harrison, who had time to take a touch before dinking the ball over the keeper.

Harrison doubled his account for the season in the closing stages. Ayling's long range pass from the edge of his own box once again found Bamford. He beat his defender before laying the ball back for Roberts to take a strike at goal. Although his effort was initially saved, Harrison's rebound wasn't!

It was comfortable in the end, but Leeds needed Patrick Bamfords help to unlock Crewe's defence. Would Leeds have won without him - probably in the end! They had 28 shots at goal with nine efforts on target. They dominated 75% of the possession and had nine corners to Crewe's one.

It was nice to see Forshaw and Llorente both on the path to fitness following their respective injuries, but it was concerning that none of the U23's were given a run out. I understand that most of them had played against Spurs the day before, but these are young lads; with their stamina at that age, it shouldn't be a problem against lowly opposition, even for 30 minutes!

Crewe haven't had the best start to the season. They have lost three, and drawn once, yet it took almost an entire first team to beat them! Are Leeds fringe players good enough? Would it be better if players like Roberts and Costa were sent out on loan to get lots of game time, or do Leeds not have the luxury to be able to do that? Interestingly, Harrison commented after the game that Bielsa was taking the League Cup very seriously this season - is that the real reason why no U23's took part in the game? 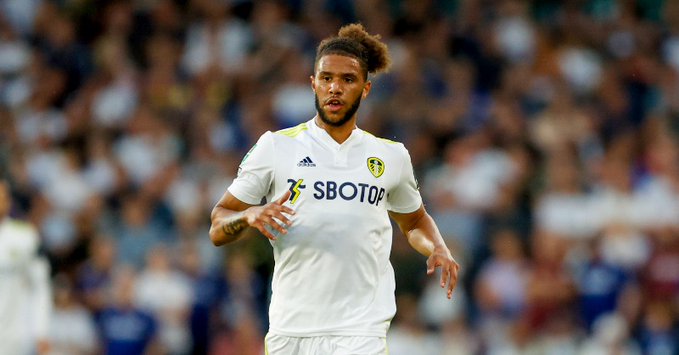 Given how abysmal Costa was, I don't see how we'd have been eliminated if Summerville played instead?

Hey, I mean cup games these days I often just expect the worst! So yeah it was late, but it didn't really sound like Crewe were ever within a realistic shot of the win. It was like a cat playing with a mouse from what i heard!

I didn’t watch the match last night as I couldn’t find a working stream so listened on the radio instead. Based on that and the highlights it seemed that Crewe just about managed to hold out (although there was clear penalty in the 1st half for handball not given) until Bamford came on and made the difference, the straw that broke the camel’s back if you like. Judging by the commentary and highlights Harrison looked to have a stormer, deservedly finishing with 2 goals.

Bielsa put out a strong team in the cup for once and some fans are still unhappy that he didn’t play the kids. As others have said he just can’t win!

The under 23s lost to Spurs on Monday but from the highlights it looked as though they were unlucky as they seemed to have the lions share of the play and the chances.

Are they good enough? Only time will tell but I’m still not convinced by the usual suspects: Costa, Roberts and I can probably add Rodrigo to that list. Imo we need to persist with Rodrigo because of the massive investment made and with Roberts because he does show some ability but without ever looking the real deal. As for Costa I’d be looking to move him on if we can without taking a too big a hit.

I said a while ago that Forshaw still had a part to play, fingers crossed he's over his bad luck

It might have been a different story if we were 3-0 up by half time. Then I think MB may have used a couple of the U23's. He got vilified last season after the Crawley debacle and I think he remembers that hence the stronger team last night and no youngsters being risked.