Good Morning. It's Friday 27th August, and here are the latest headlines from Elland Road...

Phil Hay has disclosed that Leeds have turned down the opportunity to take Spurs midfielder Harry Winks on loan. He may not be in the best form of his life, but with ten full England caps to his name, the 25 year old could have been Leeds missing piece of the jigsaw should he rediscover his form. Winks, a product of the Tottenham Hotspur youth system, signed his first professional contract with the London club in July 2014. He made his first team debut on 27 November 2014 in the UEFA Europa League group against FK Partizan in a 1–0 home win at White Hart Lane and has gone on to make 110 appearances for the North London club.

High tension between Leeds Director of Football Victor Orta and Marcelo Bielsa are well documented. Their passionate temperaments spill over on a regular basis, though when the screaming dies down, they are back to being best of friends. Phil Hay has opened up and disclosed some of the goings on behind the scenes between the fiery duo,

During the 2020 January transfer window, Leeds were looking for a new striker, after Eddie Nketiah opted to return to his parent club Arsenal! Orta quickly identified Glenn Murray and Billy Sharp, both of which were available for transfer, but Bielsa vetoed them both. Instead, they ended up with Jean Kevin Augustin (and a £18m invoice).

Hay insinuates that Leeds had the chance to sign Noa Lang for joining Club Brugge. Whilst Leeds Director of Football Victor Orta had a 'constant craving' for Lang, Bielsa was not so keen. The 22 year old went on to sign permanently (previously on loan) with Club Bruges for just over £5m. The Belgium outfit have now slapped a £30m price tag on Lang according to the YEP yesterday.

Orta too, identified Matheus Cunha as a top target earlier in the Summer, but the Argentine was not interested. The Brazilian International has just completed a £25m move to Spanish Champions Atletico Madrid. Perhaps Bielsa thought he wasn't worth the money. Bielsa doesn't have it all his own way. Orta insisted on buying Llorente, and thank goodness he did! 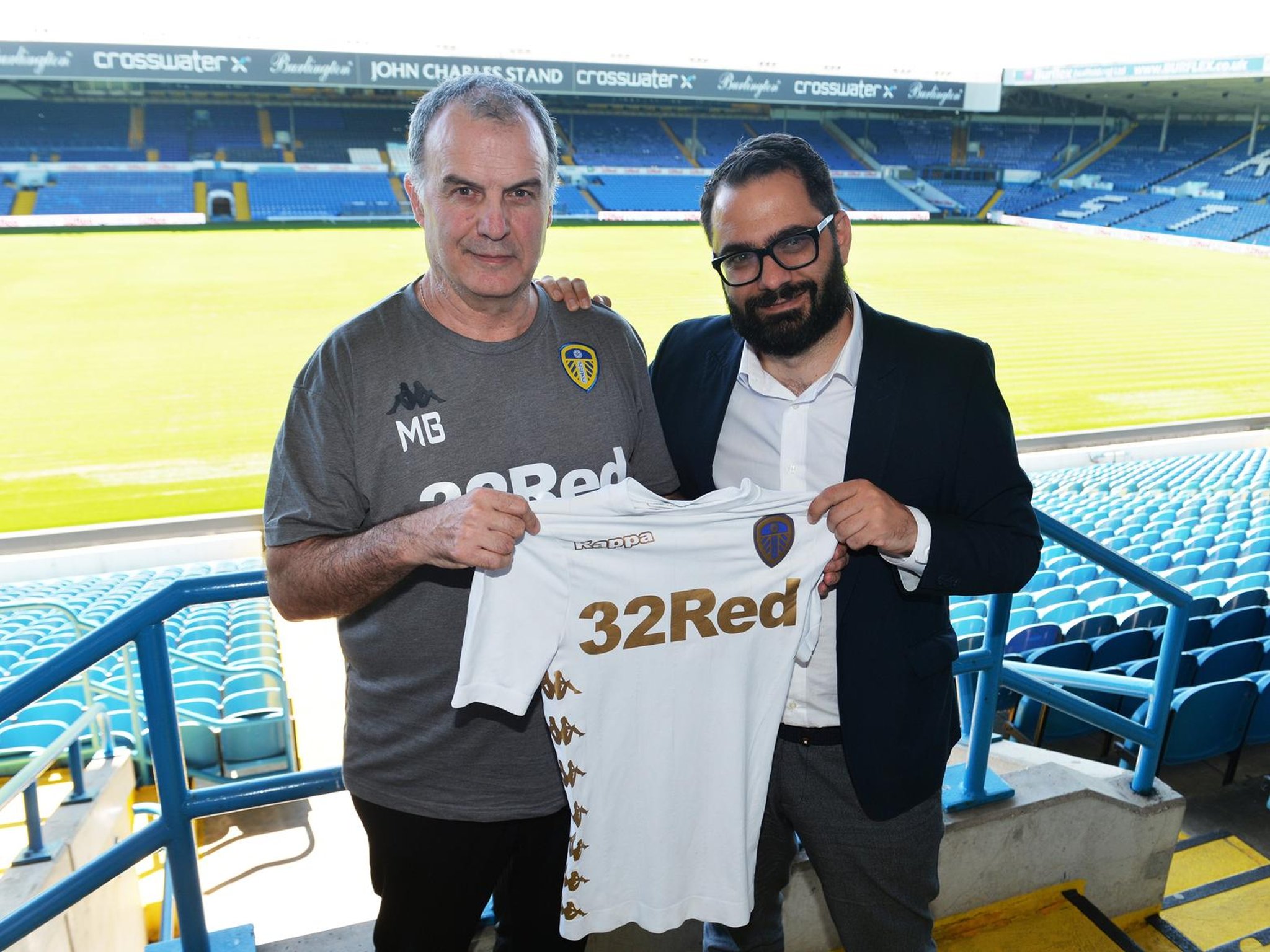 Cooper could have seen red

Ex-Premier League referee Dermot Gallagher believes Liam Cooper was lucky not to get red carded last weekend during his tussle with Dominic Calvert-Lewin in the Leeds penalty area. Ultimately, the England forward was not in possession of the ball, which saved the Leeds skipper from an early bath. Gallagher told Sky Sports...

Could he have seen red for this? Possibly. I think what's saved him is that the ref felt [Calvert-Lewin] was not in possession of the ball. But if Cooper had been sent off for denying a goal scoring opportunity, I do not think he could have had a lot of cause for complaint. Without doubt, Cooper wraps his arms around Calvert-Lewin but Bamford is going into Mina; I think they are both culpable. 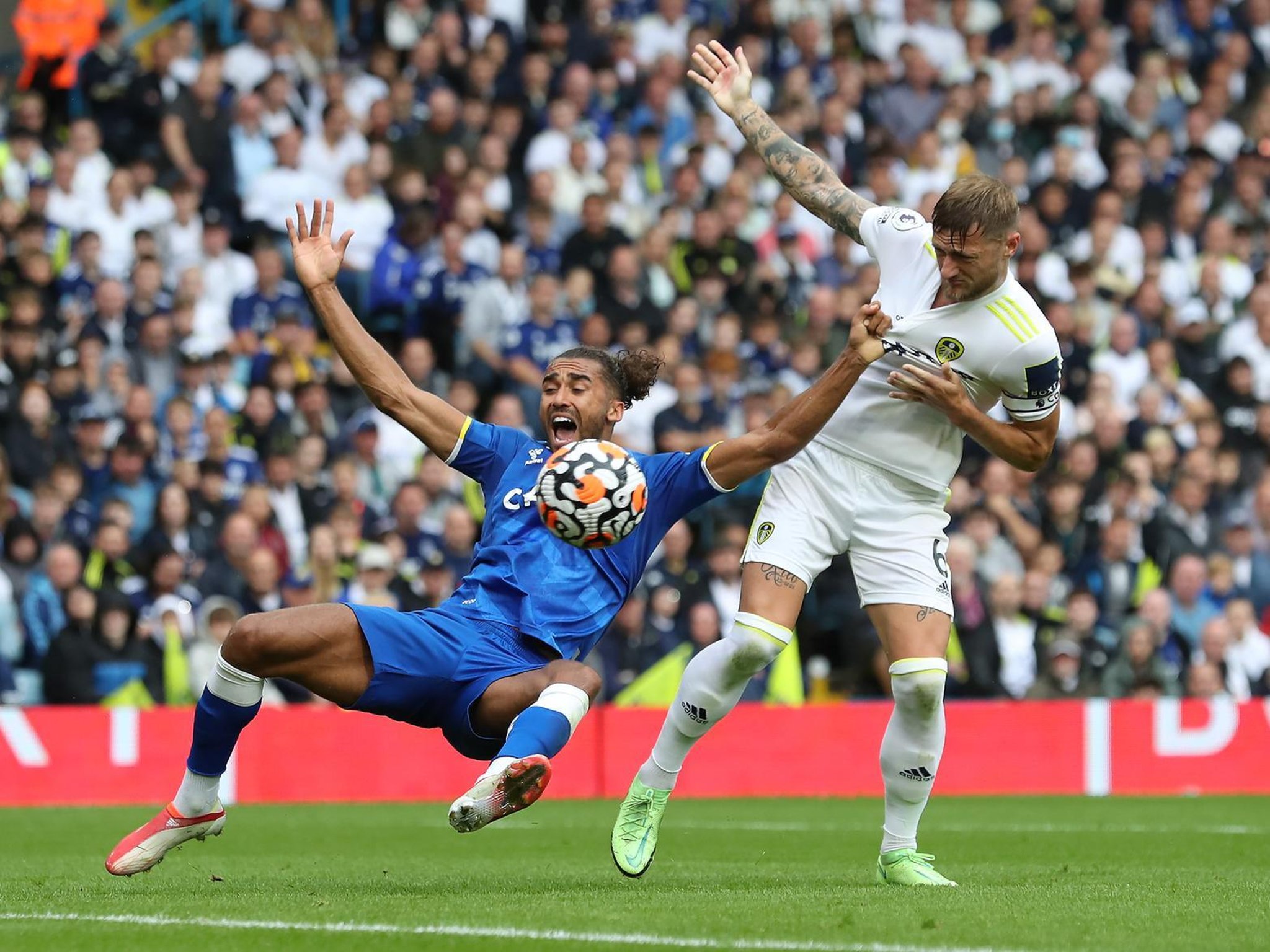 Bielsa spoke highly of Rodrigo so I wouldn't have thought that. I do feel though that he was bought primarily to fulfill the striker role with huge doubts over Bamford but with the way Bamford started the season and Rodrigo getting covid etc it never really happened. If Bamford had struggled early on and Rodrigo not got covid it could have been Rodrigo starting in the 9 position and everyone saying what a great signing.

faaip wrote: ↑Fri Aug 27, 2021 8:03 pm Roberts also preferred to Rodrigo a few times last season would suggest that he only plays as there's no one else theory is rubbish. Something lost in translation. Speaking of which someone on talksport last week who can speak spanish said you have to hear and understand MB in Spanish as the translation is accurate but misses nuance

Mountain wrote: ↑Fri Aug 27, 2021 9:33 pm You said that Bielsa doesn't want Roberts in his first 18. As Roberts is in Bielsa's first 18, whether you intend to or not you are attacking his integrity as a manager and suggesting he is making a squad selection based on non football reasons.

Yes i am saying that had this window panned out as hoped then Bielsa wouldn't have had Roberts in his first choice 18 (or Costa for that matter).

(Or whatever variation you want).

That imo is how it would have been, as MB has said before he likes 2 defenders, 2 midfielders, 2 attackers.

Now what maybe saves Roberts would be the increase in subs or if MB considers him a midfielder, that nobody knows but i dont think anyone even his biggest fan would describe Roberts as a midfielder?

if it isnt that variation in subs then who else drops out? MB doesnt rotate, hs rarely even rotates the bench so as has been widely reported if those targets arrived then 2 players move down 1.

He is adamant we dont sign squad fillers so if you take him at his word anyone who arrives would be considered better than we have and therefore the pecking order goes down 1.

As is evident those players havent arrived and therefore nothing changes, MB's pecking order remains the same and Roberts keeps his place.

I wasnt casting aspersions on MB i was just pointing out quite logically in my view that in an ideal situation i dont think he envisioned Roberts playing much part but as it is he is using the tools he has available as he always has.

Cjay wrote: ↑Fri Aug 27, 2021 8:12 pm Now you are putting words into my mouth, never said Bielsa was weak so don't do that thanks.
...
The length again is another indication for me that he isnt seen as quite as crucial as other players.

You said that Bielsa doesn't want Roberts in his first 18. As Roberts is in Bielsa's first 18, whether you intend to or not you are attacking his integrity as a manager and suggesting he is making a squad selection based on non football reasons.

"What Tyler needs is to play with continuity, but not because anyone is missing but because he deserves to keep his place.

"Depending on this we will see if he is able to consolidate himself as a Premier League player or not."

I finally found the quote.

And Faaip it's well known MB has every piece of news and report translated for him by his staff.

If he felt he had been misquoted he would say so as he has in the past.

But that i know for certain, MB has stuff like his press conferences and match reports translated back into Spanish for himself by someone.