Leeds scrap for a draw at Turf Moor


Good Morning. It's Monday 30th August, and here are the latest headlines from Elland Road...


Leeds scrap for a draw at Turf Moor

Patrick Bamford's equaliser four minutes from time spared Leeds blushes, in front of a packed out Turf Moor audience. As has been their tradition, Burnley defended in numbers, looked dangerous from set-pieces, and wanted to kick lumps out of the visitors. Leeds enjoyed two-thirds of the possession and over two more touches of the ball yet all other statistics were surprisingly similar.

In most, both teams cancelled themselves out until the hour mark when Leeds were unable to clear a Burnley corner. Liam Cooper's attempted headed clearing fell nicely for Chris Wood. The former Leeds forward struck the ball through a sea of players leaving Meslier unsighted.

The visitors launched a late offensive and were duly rewarded when Raphinha's darting run finally unlocked Burley's stubborn defence. He fired the ball into the Burnley penalty area, only for Ben Mee's half clearance to land at Shackleton's feet. The substitute fired the ball goalward, only for Mee to divert the ball into Bamford's path. His instinctive touch was enough to open his 2021-22 account! 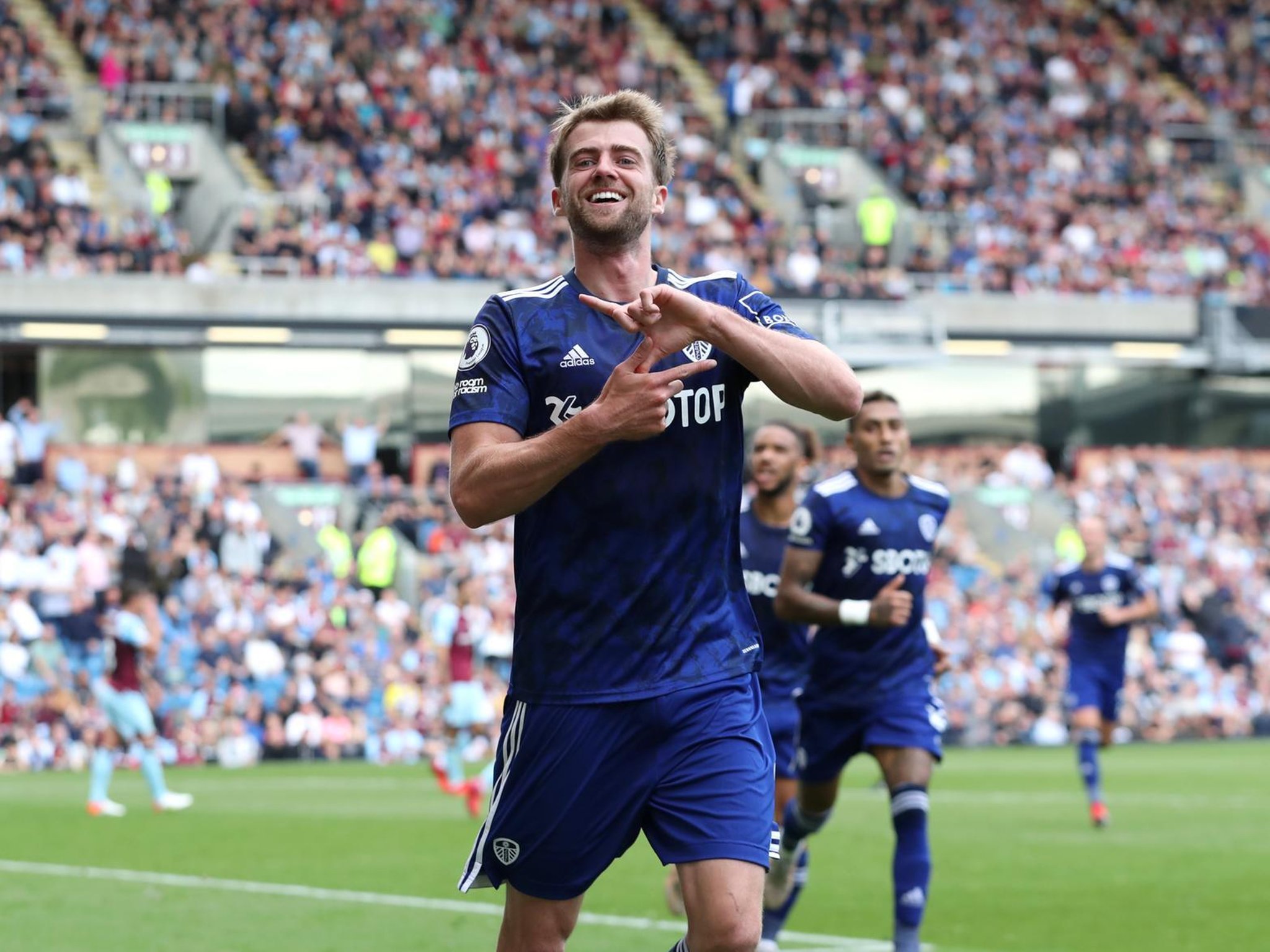 If Sean Dyche's comments are to be believed, Leeds were lucky to get anything out of the game! Although we have come to expect such comments from the Burnley Manager, I can't help thinking it wasn't going to be our day when Chris Wood fired the Clarets into the lead! Last season, Leeds were 4-0 victors at Turf Moor; this time around we were poor by comparison!

It is still very early in the season, but does anyone think we will be able to top last years performance? If not, will it make it difficult to keep hold of Bamford, Raphinha, Meslier and Phillips! Who isn't performing to the same degree as last term? Will we be able to keep hold of Bielsa for another season?

Leeds have plenty of investors lined up should they wish to invest in the transfer market in the next 48 hours, but in doing so, Radrizzani will have to part with a small percentage of the club! Since the arrival of Ronaldo, Daniel James has become surplus to requirements at Old Trafford. Ryan Kent is not firing on all cylinders at Ibrox, and with the Scottish giants needing to sell, to balance the books, Leeds could pick up a bargain. Talking about bargains, media reports suggest Nketiah is available for 12m!

Do Leeds NEED to invest in more players before the transfer windows slams shut tomorrow?

The thing is though that it wasn't like those players were all signed in 1 window - don't know the exact dates for the first 4 but then you're talking a couple of years between Strachan and McAllister then a few more years before Yeboah and Bowyer, Hasselbaink a few years later and Ferdinand a few years later.

I think you could certainly throw Llorente and Raphinha into the above list without them being totally out of place. And just as easily you could look at some of the dross signed at similar times to the players mentioned in the above list - for Yeboah throw in Brolin and Lee Sharpe, for Hasselbaink throw in David Hopkin, for Ferdinand throw in Michael Duberry etc

We are missing something that we had last year. We seem a bit flat and not as confident as we were.
Was Alio a lot more important than we gave him credit for?
I am starting to think that he was. I think he was the spark that we are now lacking. I actually believe that James could add that spark back to the team and get us back to being competitive again.

mentalcase wrote: ↑Mon Aug 30, 2021 2:23 pm We had 2 shots on target in 94 minutes and I'm negative !!!
Couldnt make it up.
I realise we cannot be good every game but we are struggling at the moment, we dont have the calibre of players to come on and alter a game, nor a manager to except this either.
I'm far from panicking yet, but, rest on our laurels and it could be too late.

You're not negative, they clearly didn't watch the game if they're happy with our performance yesterday.

kalvin was fantastic yesterday, an absolute beast and a very humble player as well

We had 2 shots on target in 94 minutes and I'm negative !!!
Couldnt make it up.
I realise we cannot be good every game but we are struggling at the moment, we dont have the calibre of players to come on and alter a game, nor a manager to except this either.
I'm far from panicking yet, but, rest on our laurels and it could be too late.

Byebyegeegee wrote:Was unable to watch the game yesterday, unfortunately (or fortunately as the case maybe), but from the comments on here and watching the short “highlights” it seems we certainly haven’t reached last seasons level yet. I don’t know that we will, second season syndrome and all that, and without any 1st team strengthening, I think we will struggle to repeat last season’s decent showing. Early days yet and hope I’m wrong but, from the evidence so far (including pre-season) it looks as though we might have to settle for bit of a step back this term - 14th at best.

Will that will trigger Phillips and Raphinha to start considering their options? I sincerely hope not.