Leeds will face up hill task to keep Raphinha


Good Morning. It's Thursday 2nd September, and here are the latest headlines from Elland Road...


Leeds will face up hill task to keep Raphinha

Leeds journalist Beren Cross dropped a bombshell on the Leeds Utd faithful after being asked about Brazilian ace Raphinha, and how settled he is at Elland Road. The 24 year old magician has dazzled the Premiership since his £17m move from Rennes last Summer, but according to the Leeds Live journo, Raphinha may have aspirations to play in Europe with Europe's elite if Leeds cannot fulfil his ambitions. Speaking on the Blue, White and Yellow podcast Cross said...

We’ve seen that with all the best Brazilian players, they are incredibly ambitious once they get to Europe, and they want to keep progressing, keep moving forward.

As somebody who grew up watching Ronaldinho, he will know that he wants to be playing Champions League football sooner rather than later. “So yeah, there is going to be some tough conversations to be had when it comes to renewing his contract, and that’s what Victor Orta and Angus Kinnear get paid to sort out.

Having seen new improved contracts given to Meslier, Bamford and Phillips this Summer, surely Raphinha should be next on the list. He has three years remaining on his contract! 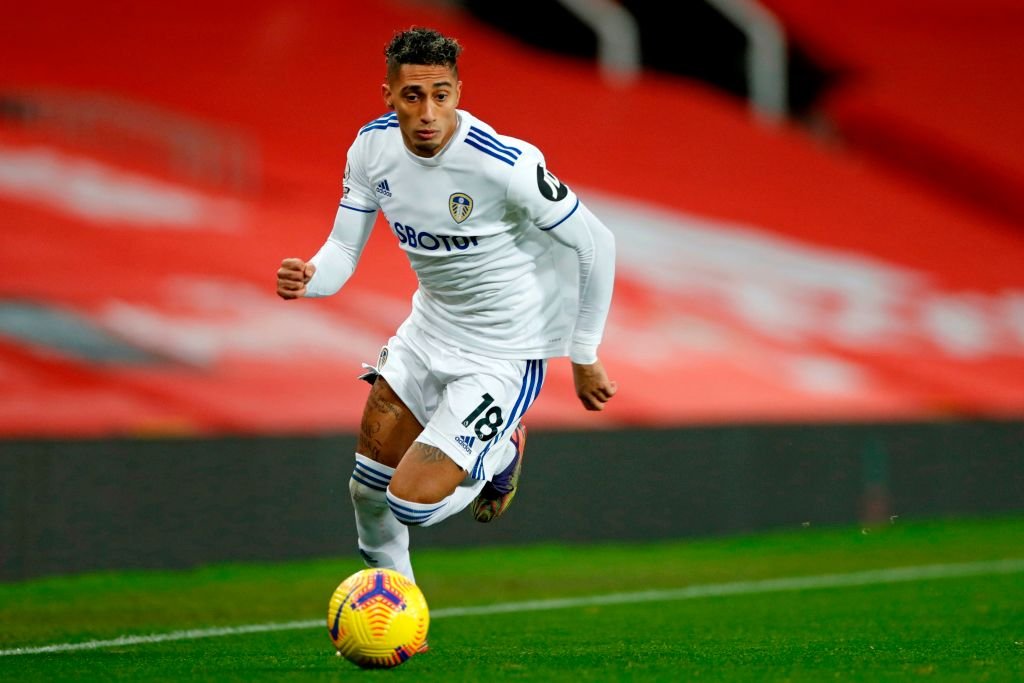 Have Leeds lost their spark?

Former Chief Football Writer for the YEP Phil Hay believes Leeds need to rediscover their mojo if they are going to have a positive outcome in the Premiership this season. The Whites have yet to win this season having drawn twice, and lost once. They have netted 4 times, yet conceded double that amount.

It's fair to say Bielsa's side showed guile and intensity at home against Everton following their humiliation at Old Trafford seven days previously, but again looked way off the pace against a physical Burnley side. In contrast, the Lancashire club showed far less skill and ability than the Whites, but made up for it in heart and determination. Sean Dyche added the finishing touches by outwitting his counterpart on the tactical front - not exactly difficult if you never change your tactics!

At the point where Burnley opened the scoring in the 61st minute, Leeds’ possession had resulted in less than 18 per cent of the match being played in Burnley’s final third. Bamford’s finish was a first shot on target and a welcome shot in the arm.

Out of possession, Burnley succeeded in blocking off passing lanes through the centre circle and limiting sieges around their box. When precision mattered it was often lacking; Bamford’s heavy touch wasting a quick first-half counter-attack and Raphinha’s shot across goal doing the same in similar circumstances".

In the build-up to Bamford’s finish was a little piece of skill from Raphinha, enough to cause the unbalancing of the opposition, as Bielsa likes to put it. Some of Leeds’ better traits were under the surface — Bamford poaching, Raphinha scheming, Bielsa’s team possessing the stamina to make Burnley sweat briefly in injury-time — but if styles make bouts then Burnley’s devotion to street-fighting made this one for them.

Dyche’s side pressed, hassled and dived in when the opportunities arose and if there was any doubt that referees are taking a lighter touch in the Premier League this season, the evidence was all over the pitch. The shift in officiating is still to find the balance between encouraging players not to simulate and encouraging players to steam into each other. Parts of this campaign will ask Leeds to scrap as hard as they play.

Bielsa’s squad, in their defence, have the physicality to do that. And they can play considerably better than they have either side of a spirited draw with Everton, a match which showed far more of the traits commended by Klopp and Guardiola.

These are the weeks of the season where Bielsa’s squad routinely go to town, with vigour, flamboyance and a refreshed outlook. The opening forays of this term have given him more to think about, a swing in the balance of who is bossing who. In part, it comes down to the thing that has always lit the fire for him at Leeds: spark. 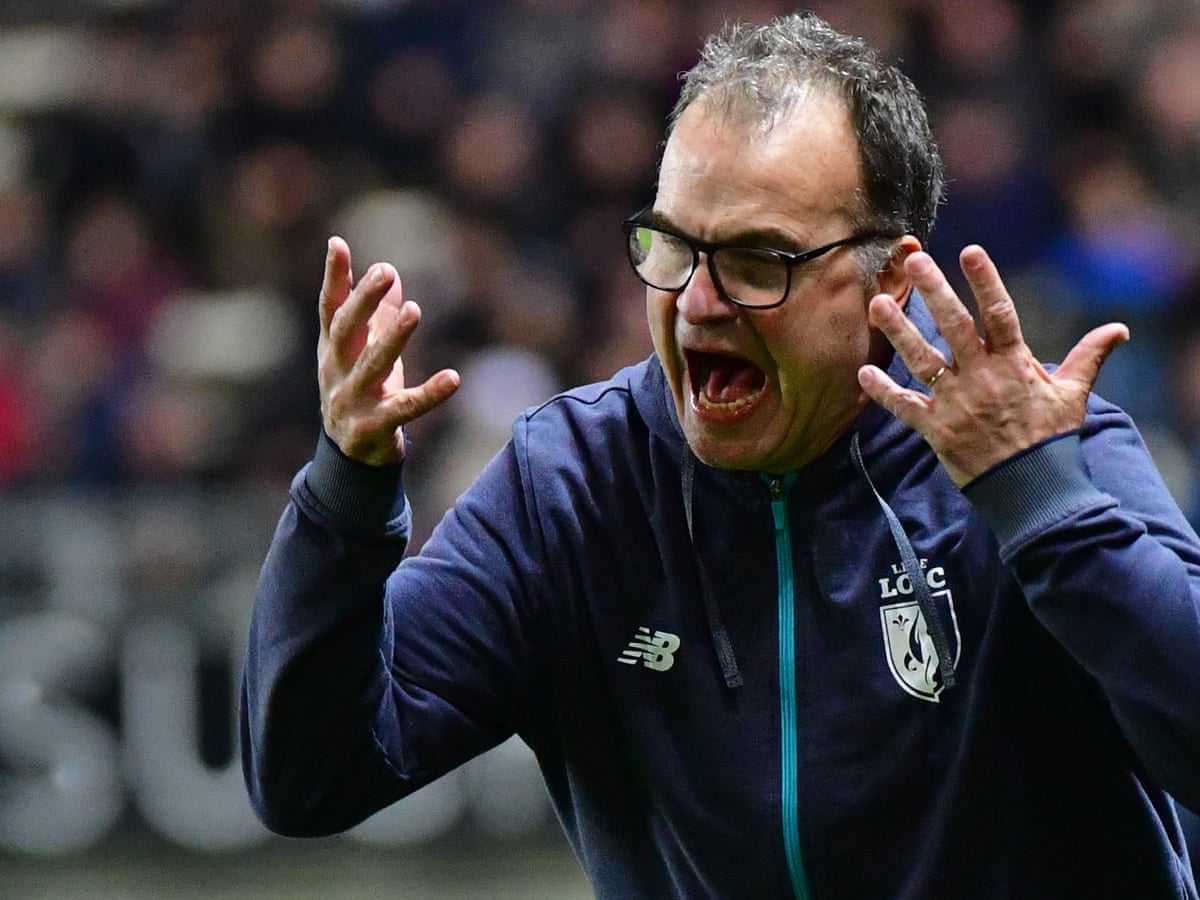 I think Raphinha leaving for one of the big money clubs is inevitable and the acquisition of James was as a ready replacement. It's sad to be losing the best player we've had in years but money rules.

Funnily enough I can’t really remember the 1st game I attended, could possibly have been v Sheff Weds late 60s, of course, I’d been a fan for 3 or 4 years before that but had no one to take me to Elland Road before then.

Btw I might be resigned to watching Leeds via dodgy streams this season as, despite being a “member” and despite logging on as soon as tickets went on sale for both the Everton and Liverpool games, I have singularly failed to get a ticket so far. Slightly annoying but even more so when you see ticket touts flogging tickets on line for upwards of £200 the very next day. How does that happen? Anyway that’s a whole different topic Swannie, so here’s to another enjoyable and successful season for our favourite football club!

Btw Swannie sorry for the sarcasm but I was in a playful mood. I too am going to enjoy watching Leeds United this season as I have done for the last 55 years be it ups or downs.

No worries, it's nice to be in playful mood sometimes

Scooby, you are very negative about everything to do with Leeds United, your opinion mate but it would be nice to read something positive now & again.