Could Dan James be in line for his Leeds debut against Liverpool?

Could Dan James be in line for his Leeds debut against Liverpool?


Dan James is clearly a player Marcelo Bielsa has admired for a long time, after all it took two and a half years to finally bring him to Elland Road after the last-minute collapse of his move in January 2019. His pace is clearly his standout attribute, but he tracks back, presses and by all accounts has a great attitude. At £25 million it’s a big investment for Leeds, much like the trades you can make at Binaryoptions.com the value could go up or down. But despite the Argentinian clearly liking many of the young wingers’ attributes, will he throw him into the deep end against Liverpool?

One much spoken about option is a move inside for Raphinha, after all he has been handed the No.10 shirt following Gjanni Alioski’s departure. He certainly has the vision to see opportunities and the ability to create and with Rodrigo failing to set the world on fire in the role it could be an option. But it is an untried an untested move and the more likely option is, as with the majority of Bielsa’s new signings, that James will start his Leeds career on the bench with Jack Harrison and Raphinha starting on the wings as usual.

But if the Brazilian FA get their way, Marcelo Bielsa could have somewhat of a selection dilemma. Brazilian football chiefs are set to demand FIFA takes action against the six Premier League clubs, including Leeds, for refusing to release their players for the three World Cup qualifiers. It would mean the FA enforcing five-day “bans” for all of the nine initially selected Brazilians, including Raphinha. With Helder Costa having departed for Valencia it would leave a winger shaped hole that needed to be filled. 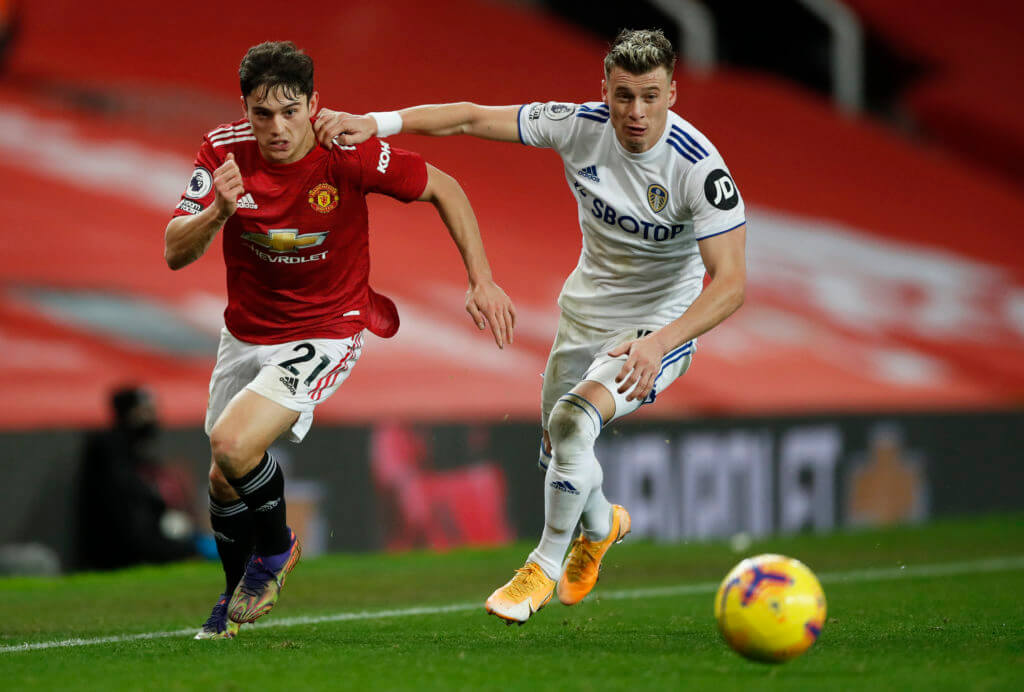 In this situation would James be the man Bielsa turns to? Or could he give youngster Crysencio Summerville a run out, after all he was one of the standout performers of pre-season. Another option could be Rodrigo, lost in the No.10 role would he have more success out wide? After all he played right across the front line at Valencia. But that is most definitely a square peg in a round hole solution, what Rodrigo really wants is a run up front, where he feels most at home, where he plays the best.

If the stand off between the Brazillian FA and the Premier League continues and the players are ineligible it would seem that bringing James in on the wing for his debut is the best option, after all he does have two Premier League starts under his belt already this season. What we miss in Raphinha’s flair and creativity, James makes up for in raw pace. But for all we talk about James starting on the wing, Bielsa could surprise us all. Perhaps in the young Welsh international he sees the making of the best enganche the world has ever seen.
6 Comments

BGwhite wrote: ↑Sat Sep 04, 2021 2:21 pm Bring him on last 30, he'll be hungry to impress against the tiring Liverpool defenders. Please Bielsa don't put him on a 2 month induction before playing him !

He wont leave him for 2 months, he's his pet project, he may not start against the scousers but he will get on, we spent heavily on this fella, he's also got game time so , although he might not be up to Bielsa standard yet he will feature, the international break will help him adjust.

Would love to see him get a run-out against Liverpool, I'm not convinced there's an end product to his game.

Bring him on last 30, he'll be hungry to impress against the tiring Liverpool defenders. Please Bielsa don't put him on a 2 month induction before playing him !

James has games in his legs already so I fancy him to get 30 minutes depending on the match situation.

I'd be surprised if he starts against Liverpool.