Leeds hold their nerve in shoot out drama


Good Morning. It's Wednesday 22nd September, and here are the latest headlines from Elland Road


Leeds hold their nerve in shoot out drama

Leeds held their nerve during a tense sudden death penalty shoot out to reach the last sixteen of the League Cup last night; but had to fight tooth and nail against a makeshift Fulham side, who had made eleven changes to their starting line-up! Leeds too made changes to their first eleven, handing out starts to Shackleton, Roberts, Summerville and Cresswell.

A trip to London has never been high on Leeds wish list due to their dismal record in the Capital, but did just enough to keep their realistic hopes of Silverware alive. It was a welcome break from the mounting pressure of the Premier League.

Whilst Leeds enjoyed more possession, the hosts had more chances as well as six efforts on target, to Leeds three, but neither side could break the deadlock within 90 minutes. Successful spot kicks from Rodrigo, James, Phillips, Firpo Gelhardt and McKinstry sealed a six-five victory over the Cottagers after Meslier's smart save denied Rodrigo Maniz. The young Brazilian had a torrid time, squandering the lions share of Fulham's chances during the match; that's not to say his older namesake did much better!

We can breathe a sigh of relief that the casualty list has not increased further, and look forward to Struijk's return after the West Ham game. Charlie Cresswell's almost faultless display at the heart of the Leeds defence had many demanding the 19yo should be given a starting slot on Saturday against the Hammers. 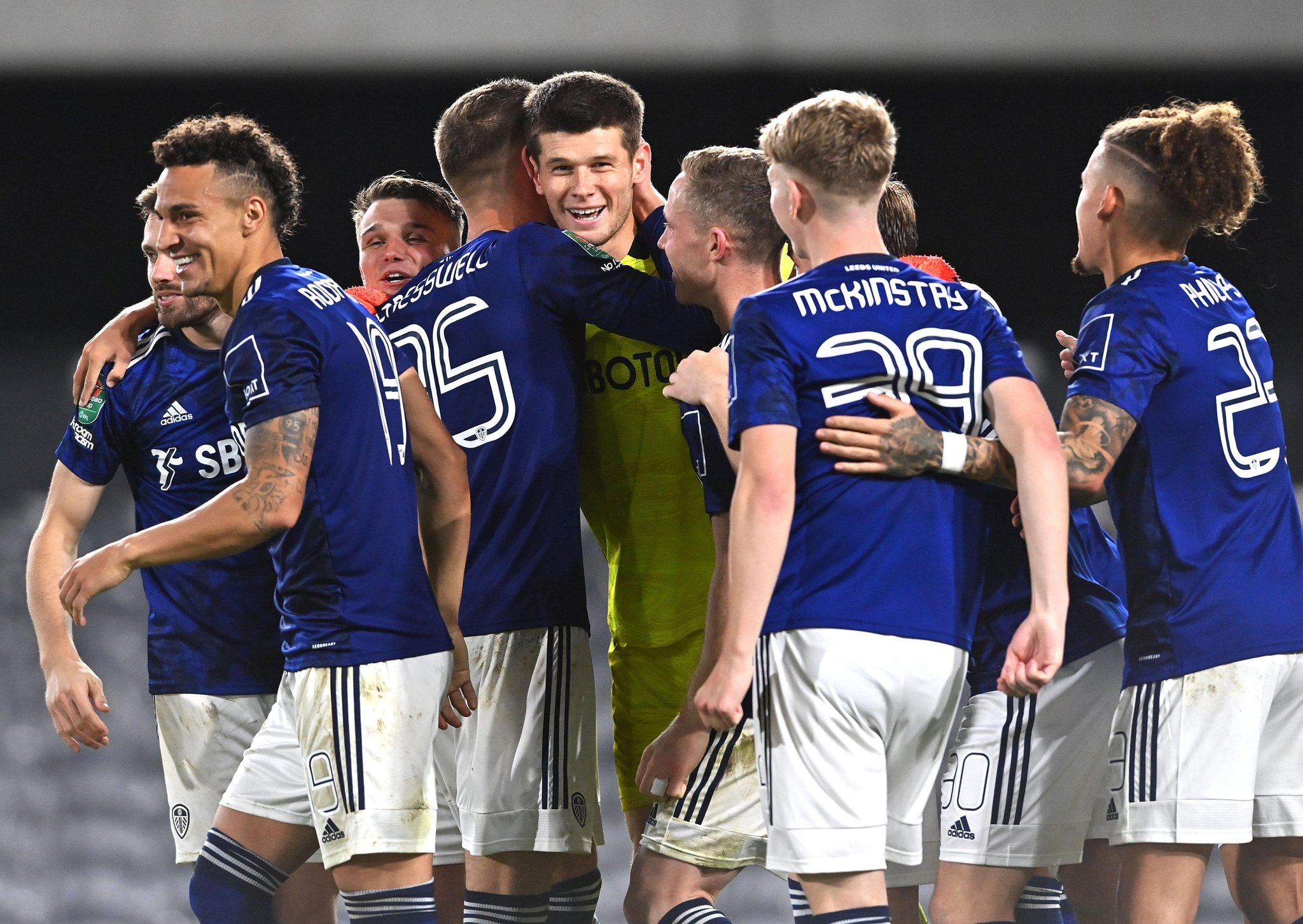 
Pressure getting to Radrizzani

Leeds Chairman Andrea Radrizzani laid into a Leeds fan after posting when he saw as a sarcastic comment on social media platform Twitter! The offending post took place as Adam Forshaw was introduced ten minutes into the second half simply saying “Our savour is now on.”

“Bunch of haters! Enjoy the win and support always our club and all our lads,”.

When Leeds fan @leeds_carajo87 woke up this morning to a barrage of comments, he quickly issued an explanation:-

"Who said I was hating? FYI Raddz before you start getting into spats, I'm actually a fan of Forshaw think he's a great guy so don't think sarcasm is always a thing".

The post was accompanied by a picture of him with Adam Forshaw!

Is Radz starting to feel the heat, having not strengthened the Leeds midfield? At the end of the day, the buck stops with him! Like it or not, Leeds did not do enough in the Summer transfer window. We all knew we were light in midfield, and needed to strengthen, but didn't. Perhaps Radz is feeling a little sensitive,

Must be because we didnt lose.

Last night the zip wasnt there, same as we have saw overall.
Glad to see the kids not miss their pens either, and although he did miss a pen it was a treat to see skipper Dallas rally the troops during the shootout.

The look on Mckinstrys face when he was walking up.... he was white as a sheet

There is no sarcasm font, so people can be forgiven for taking comments seriously even if they are meant sarcastically.

Let's all cut Radz a bit of slack.

Didn't get to see the game so I can't really comment other than to say it's nice to come home from London with a win (regardless of the opposition) and it was really great to see a number of the youngsters get a look and to have them come through for us. Hopefully we'll get to see more of them.

Fully behind Rads, don't like to see Leeds players taken the piss out of to that extent... Decent performance I thought down in London, lots of changes for both teams, we got to see the kids aren't out of their depth after all as a few alluded to here.. Result went our way to which was a bonus and I thought we were the better team

Forshaw looked ok as he tries to come back from injury, very solid footballer and you need that in squads. You can't have a team of Messi's it just wouldn't work.