Should Leeds have invested heavier in the Summer


Good Morning. It's Friday 24th September, and here are the latest headlines from Elland Road...


Should Leeds have invested heavier in the Summer

Five games in, and Leeds are still without a win, languishing dangerously close to the drop zone. Since the first kick of pre-season, the cogs have not been turning. The players who months earlier were earning rave reviews for their performances week in, week out, look a shadow of their former selves.

To make matters worse, an injury crisis threatens our position further. Harrison, Llorente, Koch, Bamford, Struijk and Ayling are all likely to miss the visit of David Moyes in form side team. Even the most staunch Leeds supporters will be wondering when Yorkshire's finest will record their first three points. Every team suffers a lapse during the season, every team suffers an injury crisis, but this seems more than just a bad run of form!

Many have been critical of Leeds recruitment this Summer, especially when it was obvious we desperately needed a midfielder, and a backup for Bamford, alas this did not happen, and we could be paying the price now!

Being able to replicate last season's feat was always going to be difficult, and whilst the jury's out on our new recruits, I can't help thinking that Victor Orta must have been pulling his hair out, having been denied the opportunity to sign the likes of Nandez, Cunha and Lang who are flourishing at their respective clubs!

To be told the coffers were empty halfway through the Summer was a disgrace, especially when investors are lining up to invest! Is Radrizzani now regretting his actions?

Was buying Firpo a mistake

Many of us were concerned to hear that Leeds had lost interest in long term target Romain Perraud this Summer. The 23yo had built up a solid pedigree with Brest, following his move from Nice, and at 8.5m, he looked a bargain. Concern however turned to joy after it was disclosed that we had signed Junior Firpo from the 'Camp Nou'! He played for Barcelona, so he must be good, right?

In truth, it's very difficult to judge a player's capability when he's playing alongside such a strong line up. Even their second string would have given Serie A outfits nightmares. A weak link is far more difficult to exploit if you have a superior team.

During his short Elland Road career, the former Spanish U21 International has looked like a rabbit in the headlights. He does not look comfortable on the ball, has lost possession multiple times, and has been exploited for pace time and again.

Have we made a mistake with Firpo, or is it too early to tell? 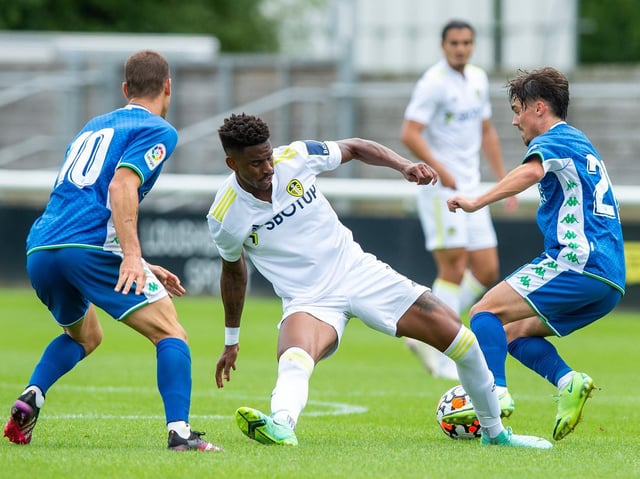 Gelhardt taken off before the hour mark having scored 2 for the U23s, wonder if there’s a bench place for him tomorrow after all?