Leeds climb out of the drop zone


Good Morning. It's Monday 4th October, and here are the latest headlines from Elland Road...


Leeds climb out of the drop zone

Diego Llorente celebrated his return from injury with the only goal of the game as Leeds ran riot over Watford at Elland Road on Saturday afternoon. Not even the pouring rain could stop a jam packed Elland Road crowd roar their team to victory, as they clawed their way out of the dreaded drop zone.

The Whites had opportunities to wipe out their negative goal difference they had sustained this term, but had to make do with the Spaniard's 18th minute strike following Raphinha's corner, his first in six months. Sustained wave after wave of attacks were thwarted all afternoon by a mixture of last ditch defending, bad decision making and substandard finishing.

Their plight was not made any easier when both VAR and referee Simon Hooper waved away Daniel James' stonewall penalty appeals midway through the first half. The incident evened itself out though, as Watford had a goal chalked off in the latter stages of the game. Replays show that Cooper fouled Kabasele in the box, during which, in the melee, Watford had the ball in the back of the net. Fortunately, the referee awarded Cooper the free kick.

This is not the first time, nor will it be the last, that decisions go against Bielsa's team.

Following the mauling, Hornets Manager Xisco Munoz was relieved of his duties. This was a surprise to everyone. Not only had the Spaniard guided Watford into the top flight, but having beaten Villa and Norwich, and drawn against Newcastle since their return to the top flight.

Leeds go into the International break, two points clear of the drop zone. They'll be looking forward to their trip to St Mary's in a fortnight, especially as their talisman Ward-Prowse will be missing, after he was sent off at Stamford Bridge at the weekend. 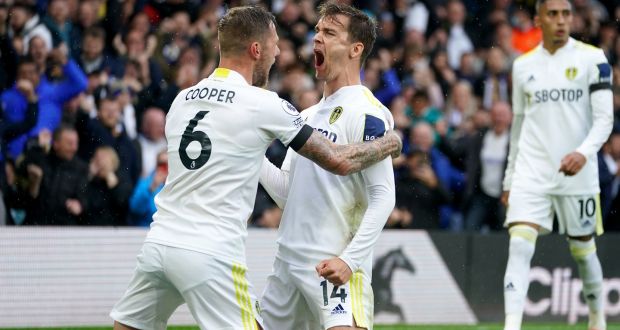 Gelhardt had the perfect opportunity to make his league debut

Joe Gelhardt will be wondering what he has to do to get first team action under Bielsa. The 19yo hitman has recorded seven goals in seven appearances so far this season for the Leeds u23's, and a brace on his International debut for the England U20's. With Bamford sidelined for the foreseeable future, the decision to overlook a natural goalscorer is perplexing!

Saturday was such a one-sided affair that many thought it was the ideal opportunity to give Gelhardt a taste of first team action, especially as the team had been woeful in the final third. There are plenty of first team players, younger than Gelhardt in the top flight with other clubs, not that age should come into it when you have the ability and form he has shown this season. 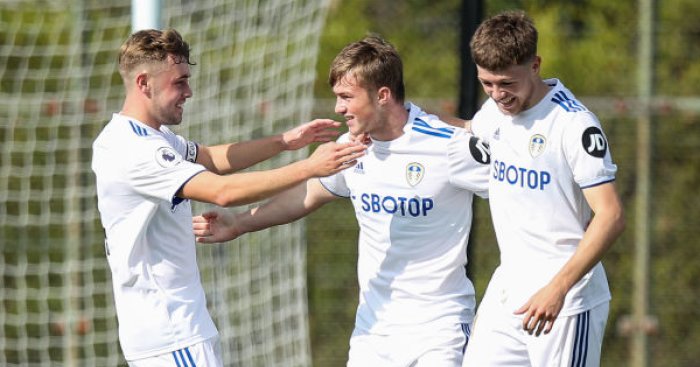 Yet again VAR gets involved in a situation it should not have got involved in and when it did it still got it wrong. What is the point of this system? Watford’s disallowed goal was incorrect and almost certainly contributed to their manager Xisco Munoz getting the sack hours after this result. It was Watford’s Christian Kabasele who was fouled in the box and the goal should have stood. I don’t know who was operating VAR but he shouldn’t be allowed anywhere near the technology ever again.

Kabasele is being fouled here by Cooper. Firstly, he grabs him here, he grabs his shirt, then he grabs around his shirt, he has pulled him down. I can’t understand why that is not a clear and obvious error. 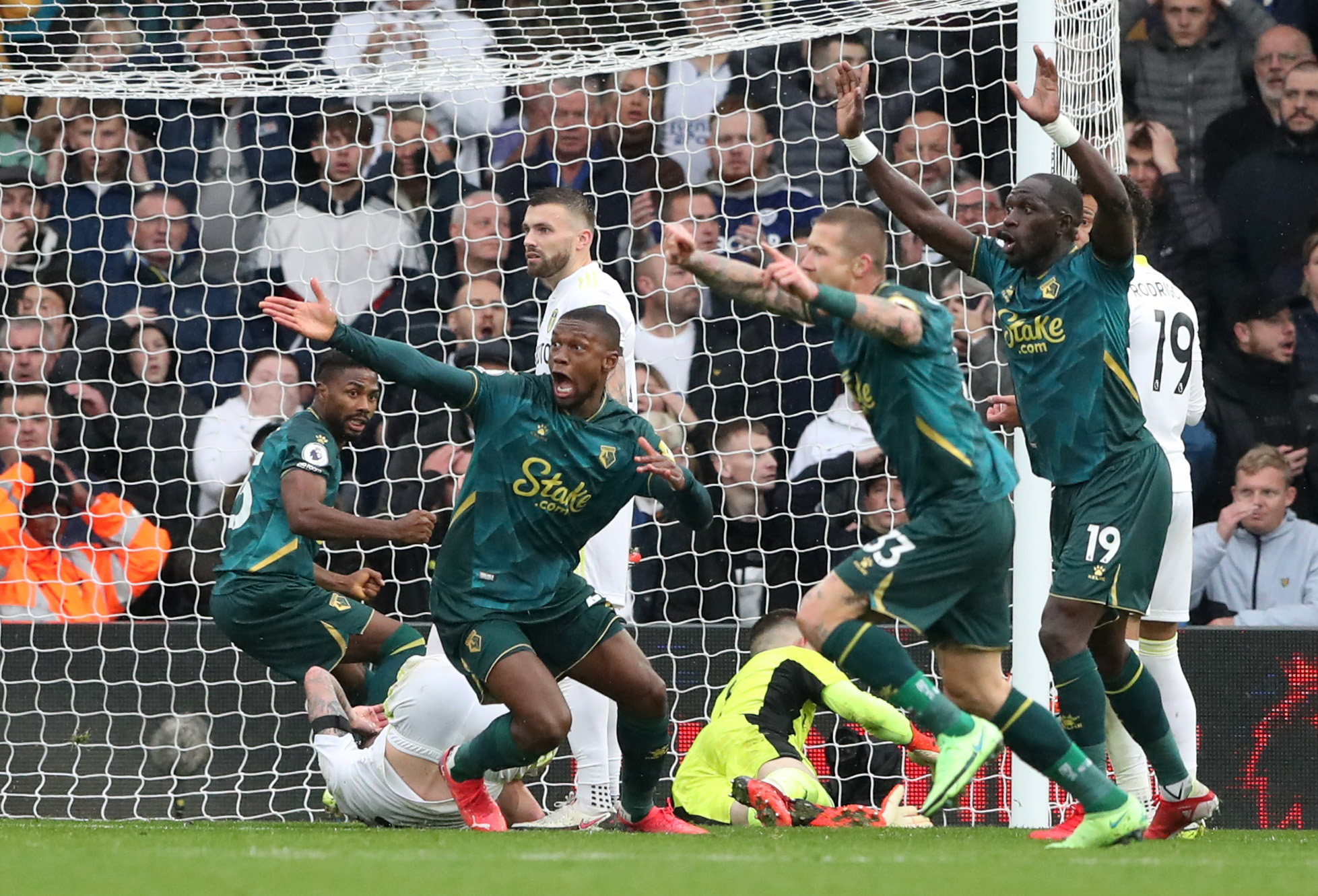 Mountain wrote: ↑Mon Oct 04, 2021 10:28 am Not only that, but you could go through last year's top under 23 scorers and you'd be very hard pressed to find any getting full team appearances.

It must be only Leeds fans who reckon it is it's bizarre that the man who has scored 8 times for Spain is getting a game ahead of the teenager who scored 2 in 19 for Wigan.

I remember when people were saying that Edmonson should be starting instead of Bamford
Now one of them is in League One struggling to get minutes and the other scored 16 Goals last season in the prem.

Chilli D wrote: ↑Mon Oct 04, 2021 2:26 pm That is not good news.
Even if he doesn't play for Brazil I cannot see him being able to start for us at Southampton.
The flight time alone must be getting on for 12 hours isn't it?

Looks like with connections to make it's around 23 hours travelling time, of course private jet maybe faster if all teams chip in

In any games. I actually think he is a talented footballer that's devoid of confidence. Witness his first touch and finishing. Ymmv

faaip wrote: ↑Mon Oct 04, 2021 11:54 am International break of course this coming weekend but Brazil will play Uruguay at 1.30 AM UK time on Friday the 15th and Leeds play on the South coast at 3pm the following day...

TBH if Raph goes I really can't see him getting back from Manaus in time to start, especially if he plays. I suppose a bench spot maybe ok but one would assume he'd be knackered

That is not good news.
Even if he doesn't play for Brazil I cannot see him being able to start for us at Southampton.
The flight time alone must be getting on for 12 hours isn't it?

You mean in the games where he has started up front, this season?

It's a remarkably small sample size to base dumping a Spanish international in favour of a teenager. Again, you only have to look at this season's and last season top under 23 scorers to realise...other teams are not doing it, even weak teams like Derby and Blackburn who had prolific top flight under 23 scorers last season.