Influential winger Raphinha is set to miss the trip down to the South Coast on Saturday when Leeds face Southampton at St Mary's. Leeds leading scorer is set to make his third International appearance for Brazil against Uruguay in a World Cup qualifier at 1:30am on Friday (UK time). By the time he arrives back in England, he is likely to be drained.

He could fly straight to Southampton airport, then rest at the team hotel, but Bielsa would have to be desperate for that to happen. If Dan James can transfer his recent Wales form to Leeds and build on his performance against Watford, he will cause the Southampton defence all kinds of problems. If as expected, Harrison plays on the left wing, with James on the right, his paths will cross with Romain Perraud, who was heavily linked to a move to Elland Road in the Summer.


Leeds welcome back Kalvin Phillips to the starting line up. The England midfielder missed International duty with a calf strain, but unnamed sources from Elland Road indicate he'll start. Luke Ayling went under the surgeon's knife earlier this week following his knee injury. He is set to return early in December. This gives Jamie Shackleton an opportunity to make the position his own! Patrick Bamford is 'vying to be fit for Saturday', let's hope our only striking (scoring) option can at least make the bench. Southampton will be without James Ward-Prowse. The England midfielder was sent off at Stamford Bridge for two bookable offences. Che Adams and Armando Brouja are both doubtful as they both look to return from injury. Jack Stephens knee injury will keep hiss sidelined until the New Year.

Whilst Leeds earned their first win of the season last time out, Southampton fans are still waiting for a victrory this season. In 7 games they have lost 4 and drawn 3 leaving them 17th in the table. Their stats for 2021 don't make pretty reading, in 29 games they have ammased only 24 poiunts shipping 58 goals in the process. Last season Leeds were 3-0 victors at Elland Road, winning the retuern fixture at St Marys 2-0. Leeds will be hoping to bring back three more points from the south coast this season!

Find live TV coverage of the game. Need a VPN? 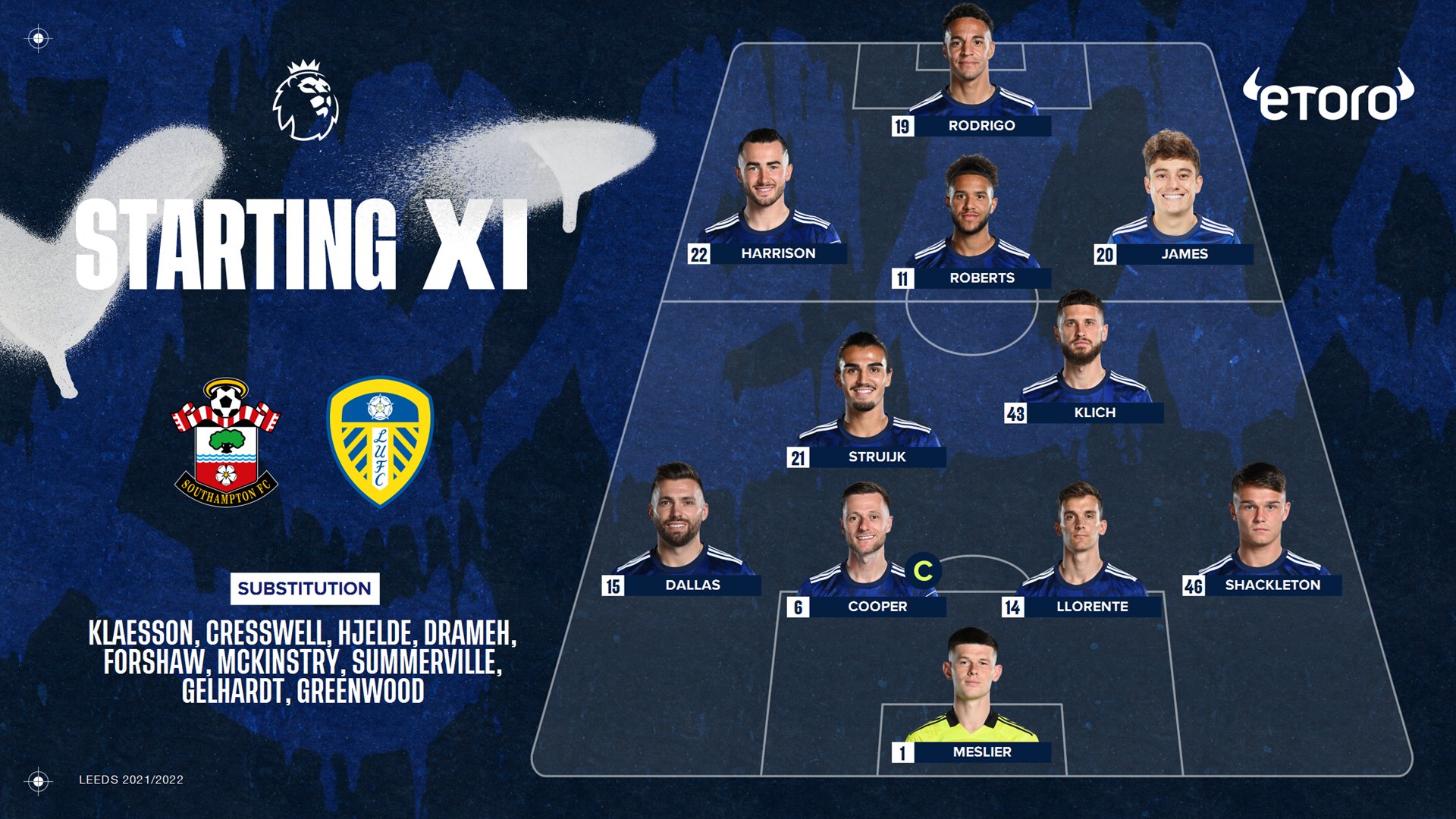 whiteswan wrote: ↑Sun Oct 17, 2021 2:41 pm Who is Kris Boyd? Is he some other saddo ex footballer trying to make a name for himself by whipping up contentious nonsense about us, just like that other twit on talk sport

Who is Kris Boyd? Is he some other saddo ex footballer trying to make a name for himself by whipping up contentious nonsense about us, just like that other twit on talk sport

Kris Boyd is anti Leeds, and Jeff Stelling stuck up for us...

I think Bielsa would walk if he thought he could do no more , what would be the point in staying.

VinnysTattoo wrote: ↑Sun Oct 17, 2021 8:53 am I still think the last few games of last season were a wasted opportunity to bed in some of the younger players. The managers total reliance on his “18” meant we persisted with Costa and Alioski when we knew they’d be leaving in the Summer. Players like Gelhardt didn’t even get to wet their toes in matches that had very little meaning. Those last games were ideal to rest players after a flat out campaign but they all played to the last.
Worrying also is that Forshaw in now in the 18 and looks likely to block Bate.

Yep, we have arguably the best young English midfielder at the club and his route is blocked by a cripple. It wouldn't surprise me if he left in the summer!